Red Mountain wine grapes are among the most expensive and sought-after in Washington. (Photo by Andy Perdue/Great Northwest Wine)

A British Columbia company that purchased 670 acres of coveted land on and near Red Mountain has told Great Northwest Wine that it plans to develop and plant grapes “as soon as possible.”

The Aquilini Investment Group, which owns the Vancouver Canucks of the National Hockey League, purchased the land Saturday evening for $8.3 million at an auction in Pasco, Wash., that went exactly the opposite of how industry insiders expected.

“People are in shock,” said Charlie Hoppes of Fidelitas Wines, who owns 15 acres on Red Mountain. “This isn’t a typical player. But after you read their background, part of me is not surprised.”

Aquilini, which was begun 50 years ago by Luigi Aquilini, is a privately held company that grows blueberries and cranberries in British Columbia and Washington. It also owns a dairy in the Yakima Valley town of Sunnyside and is involved in raising land-based coho salmon.

“We see this acquisition as a great opportunity to enter the viticulture business in one of the best growing regions in Washington state,” Luigi Aquilini told Great Northwest Wine via email on Monday evening. “We are in the process of determining the best grape varieties to grow in the region with the intention of developing and planting the land as soon as possible.” 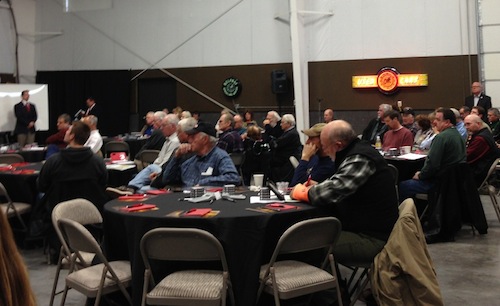 Winery and vineyard representatives from up and down the West Coast gathered Saturday for the Red Mountain land auction at Musser Bros. in Pasco, Wash. (Photo by Andy Perdue/Great Northwest Wine)

Scott Williams, second-generation winemaker at Kiona Vineyards & Winery, was one of those who lost out on Saturday’s auction to the Aquilini group. His father, John, planted the first grapes on Red Mountain with Jim Holmes in 1975 and opened the first winery on the ridge in the eastern Yakima Valley. By Monday evening, he was introspective about the results of the auction and of the possibilities if Aquilini decides to plant grapes rather than simply resell the land at higher prices – or perhaps sit on it and not develop vineyards.

“That answers the question of whether they know what they’re going to do with the land,” Williams said. “Hopefully, that’s what they do. If they plant it all, that’s fine with me.”

Williams was bidding hard on several parcels of land near his vineyards and winery and also was working with the owners of Betz Family Winery in Woodinville, who were hoping to purchase Red Mountain land Saturday.

“My motivation was to control what happens next to my winery,” Williams said. “I wouldn’t have minded having Betz or Duckhorn next to me.”

Duckhorn Vineyards, a famous Napa Valley winery owned by a San Francisco equity firm, was the second-highest bidder during Saturday’s auction and ended up offering more than $30,000 per acre on the parcels it sought. Aquilini, however, was able to purchase all 670 acres for an average of just over $12,000 per acre. Duckhorn recently announced that it is launching a Red Mountain-based winery.

“I do know some of those other entities are more disappointed than I am,” Williams said. “They are trying to establish a presence in the AVA, and I already have one.”

Holmes, who owns famed Ciel du Cheval Vineyard across Sunset Road from Kiona, was stunned to hear Aquilini plans to keep and plant the land.

“Wow!” he said Monday evening. “That’s actually an exciting bit of information. I would take that as very, very positive.”

Holmes said he wouldn’t mind if the Vancouver-based Aquilini group brought in viticulturists from the Okanagan Valley, which is about four hours north of Red Mountain in the Interior of British Columbia.

“Who knows what kind of talent they can bring,” Holmes said. “I hope we will be pleasantly surprised. It’s very much a mystery.” 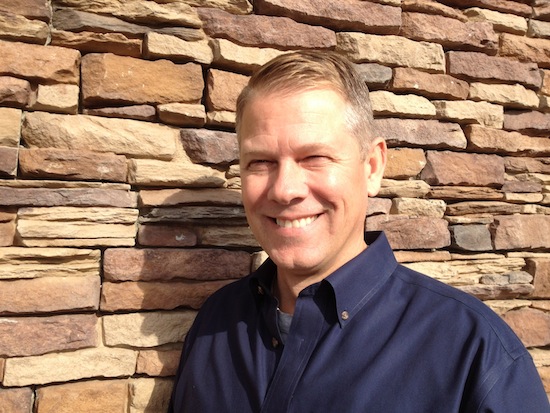 Steve Warner, executive director of the Washington State Wine Commission in Seattle, said this is welcome news, and he is ready to offer assistance and guidance if asked.

“I look forward to meeting them, helping them and welcoming them to the family,” Warner told Great Northwest Wine. “They clearly are very interested in what Red Mountain has to offer. From their statement, it sounds great because they see it as an opportunity. It will be interesting to see how they go about it, and I’m sure people in our industry will support them.”

Chris Upchurch, winemaker and partner in DeLille Cellars in Woodnville, owns Upchurch Vineyard on Red Mountain and was among those who lost out during Saturday’s auction. On Monday, he seemed as surprised as everyone else by news of Aquilini’s stated goal of planting vineyards.

“Everyone wants to do it,” he said about getting into the wine business. “That’s why they call it ‘the romance.’ ”

Upchurch said he still isn’t sure if this is good or bad.

“I won’t know for years,” he said. “It really does add to the level of intrigue. It’s a mystery.”

What Upchurch is sure of is that Red Mountain is too valuable as the best viticultural land in Washington and should be covered in grapevines. 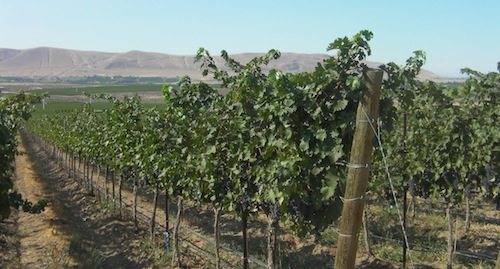 Red Heaven Vineyard on the upper reaches of Red Mountain is one of the youngest vineyards in the appellation. (Photo by Andy Perdue/Great Northwest Wine)

Red Mountain is the smallest American Viticultural Area in Washington. Of its 4,040 acres, about 2,000 are plantable – and an estimated 1,400 acres are under grapes so far.

The 670 acres of land auctioned Saturday – of which 518 are inside the AVA – has been owned by the Kennewick Irrigation District since the 1940s. KID is bringing much-needed irrigation water to Red Mountain next year. The new irrigation district will allow much of the land sold Saturday – and many other acres already privately held – to finally be planted to wine grapes.

Wine grapes grown on Red Mountain, primarily high-end red Bordeaux and Rhône varieties, are the most expensive in Washington, selling for more than $2,000 per ton. Prices for prime vineyard land on Red Mountain has sold in recent years for $30,000 per acre. Established vineyards can go for as high as $70,000 per acre.