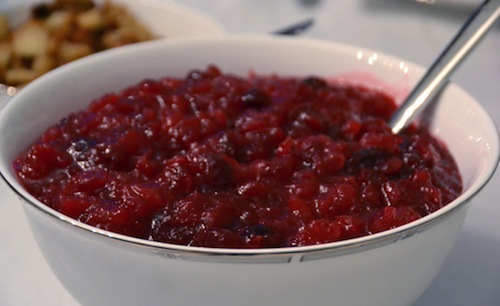 Make your next cranberry sauce using Tawny Port, and you’ll be reaching for seconds. (Photo via Flickr/click for credit)

This take on traditional cranberry sauce will have you reaching for second helpings right away, as the fortified wine adds a sweetness that plays well with the cranberry’s natural tartness.

I used Thurston Wolfe‘s nonvintage Tawny, but any Tawny Port should work fine.

Note: This can be made a day in advance.