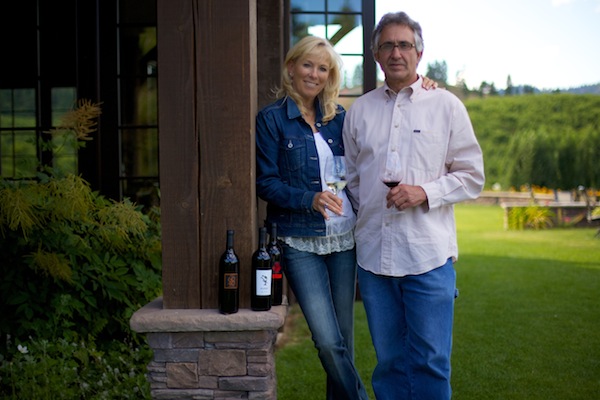 LEAVENWORTH, Wash. — For the first five years of its history, Silvara Vineyards in Leavenworth, Wash., was best known for one of its owners — professional golfer Cindy Rarick.

This year, it’s established a reputation for award-winning wines produced by its other owner, Gary Seidler — Rarick’s longtime partner.

“I’m a pretty plain guy who is trying to be a winemaker,” Seidler said. “Mine is one of those boring stories of a guy who made some money and now is making wine.”

In 2013, he saw those wines turn into gold medals. At the Seattle Wine Awards, the Silvara Vineyards 2010 Riesling ($28) received a double gold and the 2009 Red Blend ($32) picked up a gold medal. Its 2010 Quartette ($42), a Malbec-based blend, earned Best of Show honors at the North Central Washington Wine Awards and went on to make The Seattle Times’ year-end list of the Pacific Northwest’s top 50 wines at No. 9.

Seidler, a product of the University of California-Davis online program, makes the Silvara wines under the tutelage of renowned Red Mountain vintner Charlie Hoppes. The vineyard sources are some of the best in the state with Evergreen, Kestrel View, Klipsun and Wallula.

Silvara opens near Peshastin in 2009

The wine industry has brought Seidler and Rarick closer together since they opened Silvara in 2009, even though they didn’t have a whole lot in common when they first got together 12 years ago. 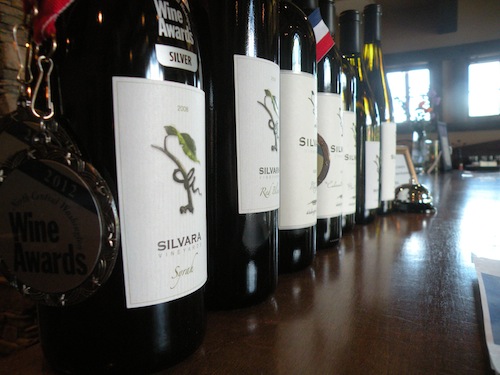 “We met on an airplane,” Seidler recalls. “I was running my technology company in Arizona at the time and was taking off for Las Vegas for some therapy. I had 25 employees and they told me, ‘You are making us all crazy. Here is an airplane ticket. You are going to Vegas.’

While he wasn’t a fan of golf either, he soon became a fan of a golfer.

“So I got on the airplane and Cindy was in the seat in front me,” Seidler said. “We struck up a conversation. She was representing Procter & Gamble at the time and was going to play golf with Jimmie Johnson and some clients. And that was it. We shared a limo ride,  but she was at a different hotel than I was. The next week, she was playing in Phoenix and we met in Moon Valley. We’ve been together ever since.” 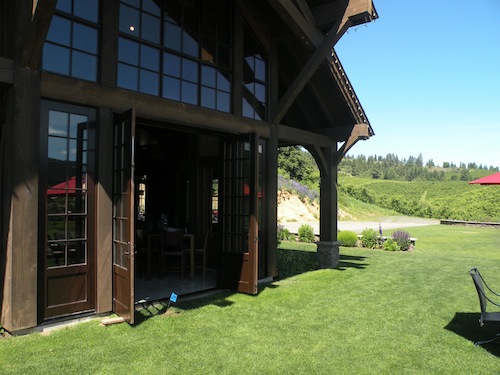 Rarick remembers Seidler first tapping her on the shoulder to engage in small talk, then changing seats in order to sit next to her for the rest of the short flight.

“He started by asking me some weird questions, and we chatted the rest of the flight,” she said.

“He said the airline lost a piece of his luggage and that he had his wallet in the luggage,”  Rarick said. “Who puts their wallet in their luggage? Nobody, but I told him that I’d drop him off at the hotel and take care of the limo driver. What a gullible idiot I was for talking me into paying for the limo!”

Rarick didn’t hold a grudge, though. When he phoned her the next day, she agreed to meet him a week later for lunch back in Arizona.

“I’d never gone out with somebody who didn’t golf, but it’s been 12 years now,” she chuckled.

And he still doesn’t play the game much, despite Rarick’s early efforts to get him good instruction in Arizona.

“It’s really crazy,” she said. “He lived five minutes from McCormick Ranch (Golf Club) so I bought him a series of lessons as a surprise for him. He left in the middle of second one. It was really nice gesture on my part, but not a very nice gesture on his part. I’ve never asked him to play golf, although after several years, he asked me if I could help him some with his game. Now with the winery, he doesn’t have an opportunity to play, but it’s not his thing anyway.”

Career in IT paved Seidler’s path to winemaking

Moving to Washington state, much less starting a winery, didn’t line up with Seidler’s career path either. 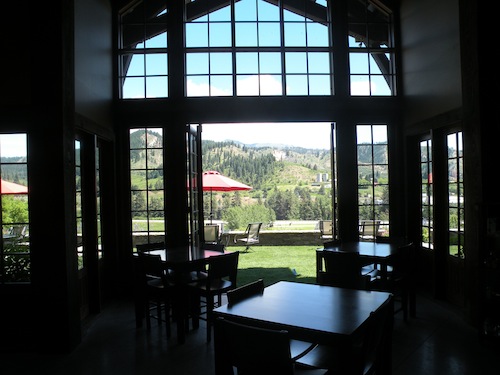 After school, he blended his talents as a musician with a tech background to become a touring sound engineer for national recording artists. Seidler traveled the country and grew his bandwith of friends before settling in Scottsdale, Ariz., where he made his nest egg via the world of IT. He’d been with Rarick for a few years when a buddy convinced him to take a road trip to the Wenatchee Valley where there was a collectible car of interest.

Seidler made the biggest investment of that visit after driving past a bucolic piece of property near Peshastin, just up the hill from the popular Smallwood’s Harvest fruit stand and farm. The setting and his vision prompted a phone call to Rarick.

“He said, ‘Hey, let’s start a winery,’ and I said, ‘Are you crazy?’” Rarick recalls. “His background is in technology, and mine is golf. It was a crazy idea, but it sounded like fun. He showed me this 5-acre pear orchard, and it looked like a perfect spot for a winery.

“I told him, ‘I can see what you are saying!’ A year later, we found an architect from Montana to build the winery, and within a year and half, we were up and running. It’s pretty exciting.”

Seidler served as his own contractor and built the facility himself, breaking ground on March 26, 2009. He opened the doors to Silvara Vineyards seven months later on Oct. 1 with three wines to sell.

The game of golf remains a livelihood for Rarick, a five-time winner on the LPGA Tour. She competes and serves on the board of directors for the Legends Tour, the nationwide 12-stop circuit for senior LPGA players. One of those tournaments is Swing for the Cure at Inglewood Golf Club in Kenmore. She also flies around the country for corporate outings. 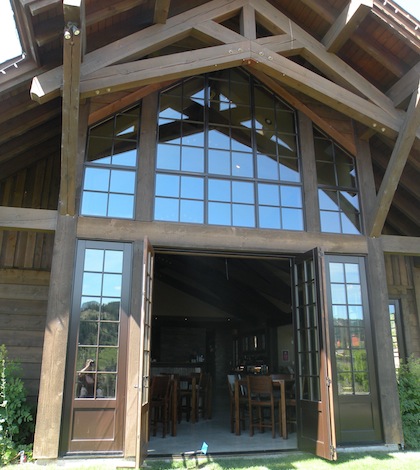 And while they maintain a residence in Tucson, Seidler and Rarick seem to view Leavenworth as home. They recently put down deeper roots with a riverside cabin not far from the 600-square-foot living quarters above the beautiful tasting room and winery that acclaimed architect Jerry Locati designed for them seven years ago.

“As a female, I like a lot more closet space,” she quipped.

Officially, Rarick is listed as the director of Silvara Vineyards, and her public relation skills and years of wine appreciation serve her well.

“Most of the time I’m a tasting room associate, but I feel a bit more than that, of course,” she chuckled. “I have friends with collections of French wines and wines around the world, so I’ve experienced great wines in my life, and thank God that Gary trusts my nose and my judgment. I’ll tell him ‘This needs to have a better finish,’ or “It needs to be more full-bodied.’ It’s not that I’m always great at the descriptions, but I think I know what people like and what will sell. And if you are going to be selling wine, you have to know what would appeal to a lot of people.”

From the start, they sought to connect their winery name with the Wenatchee Valley, going so far as to hiring a local researcher to help with inspiration.

“It seemed like everything had been taken,” Rarick said. “Gary wanted to have the word silver worked into the name, thought about something involving salvation, and it evolved into Silvara. It sounds so elegant and beautiful, and I love the way it rolls off the tongue.”

This year, their wines have surpassed silver-medal status. They’ve also found support and earned placement on wine lists at Anthony’s Restaurants. It all begins to explain why Seidler and Rarick are confident of continued success for Silvara Vineyards.

“I’m committed to this thing for as long as I live,” Seidler said.