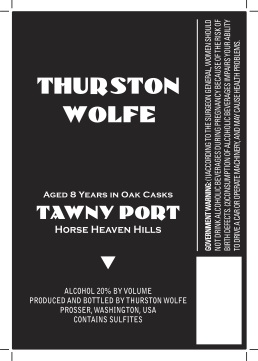 Wade Wolfe took his Port-style program to another level with this extreme effort that began in 2005 with four barrels of fortified Zinfandel from Washington’s Zephyr Ridge. It spent the next eight years untouched outside his winery in Prosser as the “angel’s share” left him with only three barrels by the time he bottled it during Thanksgiving 2013. That was by design as the ullage makes for gorgeous aromas of ripe plum, fig, coffee, golden raisin, vanilla bean and Tootsie Pop. Inside, it shows skillful integration of alcohol and remarkably rich flavors of cordial cherry, poached plums, molasses and Starbucks Coffee Liqueur. Suggested pairings include chocolate desserts, pecan pie and Turkish coffee. With its 375-millilter format, this would make an ideal stocking-stuffer.