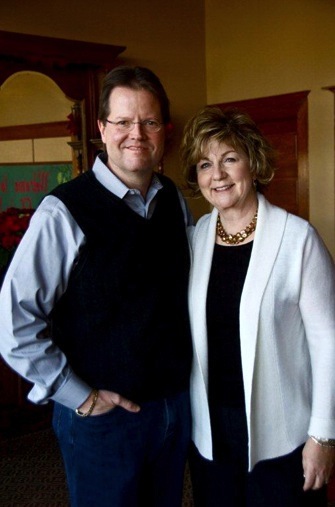 SEATTLE — Marty and Megan Clubb, owners of L’Ecole No. 41 Winery in Lowden, Wash., will serve as co-chairs of the 27th annual Auction of Washington Wines.

The Clubbs will be joined by Seattle Times Publisher Frank Blethen, and his wife, Charlene, as co-chairs for two-year terms in helping promote the Washington wine industry and support uncompensated care at Seattle Children’s Hospital.

“We are thrilled to participate as co-chairs for the 27th annual Auction of Washington Wines,” Marty Clubb said in a news release. “After more than 30 years in the Washington state wine industry, it will be our pleasure to help celebrate the region’s bounty while collectively giving back to those in need.”

Blethen, whose company also operates two news organizations in wine country — the Yakima Herald-Republic and Walla Walla Union-Bulletin — said, “We are honored to be involved with this distinguished event which showcases family-owned wineries across the state. This is a wonderful opportunity to promote Washington’s remarkable wine producers, while at the same time caring for families in need in our community. We look forward to working with this great organization.”

The Auction of Washington Wines features five annual events, starting May 24 with Revelry on Red Mountain. The marquee events will be staged Aug. 14-16 in the Puget Sound. That weekend begins in Woodinville with the Picnic & Barrel Auction at Chateau Ste. Michelle, followed by the Winemaker Dinner Series at restaurants throughout the Puget Sound. Next is the Columbia Winery Run/Walk, and the weekend concludes with The Wine Gala at Chateau Ste. Michelle.

“We are thrilled to have Frank and Charlene Blethen and Marty and Megan Clubb as our co-chairs,” said Sherri Swingle Johnson, executive director of the Auction of Washington Wines. “As stellar leaders in our community and industry, they will continue the tradition of great leadership for our organization. We look forward to combining resources and talents for another successful Auction of Washington Wines.” 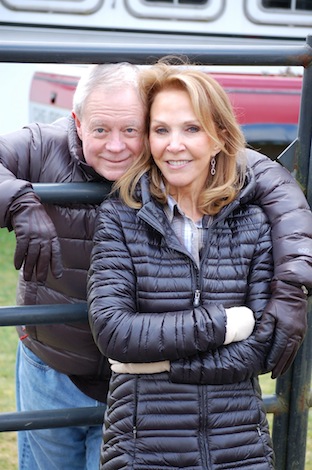 L’Ecole, the third-oldest winery in the Walla Walla Valley, was founded in 1983 by Megan Clubb’s parents, Jean and Baker Ferguson. Marty and Megan, who met in graduate school at the Massachusetts Institute of Technology, took over the winery operations in 1989.

Marty serves as the managing winemaker, while Megan is CEO of Baker Boyer National Bank, the state’s oldest bank. She is in the middle of a three-year term on the board of directors of the Federal Reserve Bank of San Francisco.

Marty’s leadership within the state wine industry goes back more than 20 years. He serves as President and director of the Washington Wine Institute and represents the state for WineAmerica. He help found the Walla Walla Valley Wine Alliance, acting as President for six years, and helped with the development of the Walla Walla Community College’s acclaimed viticulture and enology program. He’s also served on the board of the Washington State Wine Commission.

Frank Blethen is the fourth generation leader of the Blethen family, which has owned The Seattle Times for 117 years. Charlene Blethen has worked as a professional fundraiser for regional nonprofits including United Way of King County and the Museum of Flight, and has served on the boards of Seattle Children’s Home, Parent Trust and Mavia. She’s also served as board chair for the YWCA of Seattle-King-Snohomish, a board she has sat on for 10 years, and volunteers with The Kindering Center in Bellevue.