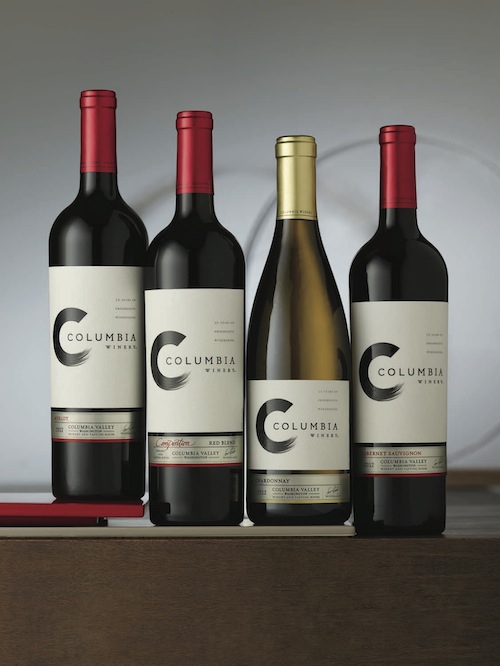 Columbia Winery will release four wines in January. The pared-down lineup will include Chardonnay, Cabernet Sauvignon, Merlot and a Syrah-based blend. (Photo courtesy of Columbia Winery)

WOODINVILLE, Wash. – Ever since E&J Gallo purchased one of Washington’s oldest and most revered wineries, consumers and industry insiders have been curious what would become of it.

Now, we are starting to get a glimpse at the new Columbia Winery.

First of all, it will be quite a bit smaller than it was. For the 2012 wines being released in January, new winemaker Sean Hails produced about 80,000 cases. That’s down significantly from when Columbia Winery was owned by Ascentia Wine Estates of Healdsburg, Calif. Back then, the longtime winery produced about 100,000 cases of Riesling alone, along with myriad other wines.

“From what Washington does well, these four are the core from a super-premium perspective,” Hails told Great Northwest Wine.

The move away from Riesling has surprised many, but Hails said it makes sense.

“A lot of people in Washington are doing Riesling – and doing it very, very well,” he said. “We wanted to seize an opportunity in another direction.”

But that doesn’t mean Hails won’t be making any Riesling. Indeed, he produces 14 wines for the wine club and tasting room.

He is making Riesling, a single-vineyard Malbec, a Red Mountain Cabernet Sauvignon and red blends from the Wahluke Slope and Horse Heaven Hills, among others.

Columbia Winery in Woodinville, Wash., has revealed its new strategy now that it is owned by E&J Gallo of California. (Photo courtesy of Columbia Winery)

Gallo purchased Columbia Winery in June 2012, during the winery’s 50th anniversary. Its roots go back to 1962, when it was launched by Lloyd Woodburne, a psychology professor at the University of Washington. He and nine other UW instructors launched Associated Vintners as Washington’s first winery to focus exclusively on European grape varieties. Until then, Washington wineries primarily made sweet, high-alcohol wines and merely dabbled in dry table wines from European wine grapes.

In 1979, Woodburne hired David Lake, a Master of Wine who had worked in the British wine trade. As important as Associated Vintners had become in its first 17 years, Lake raised the entire state’s game. He was responsible for introducing the state to Syrah in the mid-1980s and was among the first to craft a vineyard-designated wine.

In 1983, the winery’s name changed to Columbia Winery, and within a decade it had relocated to Woodinville, taking over a building across the street from Chateau Ste. Michelle that had been the now-defunct Haviland Winery.

Lake died in October 2009 after a lengthy illness.

Hails understands the winery’s venerable history and admits to being a bit intimidated by following in Lake’s shadow.

“His photo is on the wall in the tasting room,” he said. “It makes me really proud to be here. I hope to build on what he started. It is intimidating, but I try to put that out of my head. It’s an opportunity to follow him.” 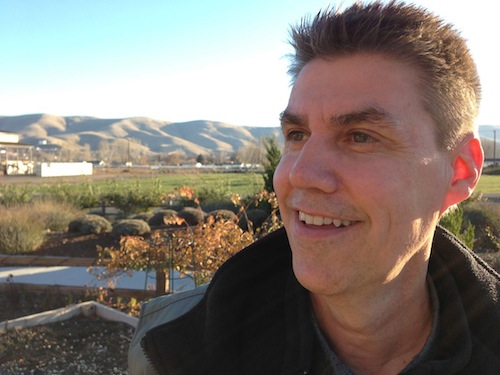 Hails grew up in Canada and, after graduating from the University of Guelph in Ontario, relocated to Australia to work in the wine industry. In 1994, he returned to Canada, working in British Columbia’s Okanagan Valley as well as the Niagara Peninsula. He joined Gallo in 2005 and moved to California’s Central Valley.

At the winery’s Livingston Cellars operation, Hails oversaw a winemaking staff of 14 and processed 500,000 tons of grapes per year – more than twice as much as the entire Washington wine industry. Last fall, he crushed 4,300 tons at Columbia Winery.

The first four wines will be in regional distribution – Washington, Oregon and Idaho – until September, when they will become available nationwide, both in retail outlets and restaurants.

Hails said distribution will creep up with the record 2013 vintage, probably close to 100,000 cases.

“We have the distribution channels,” he said. “We’re pretty good at that.”