Peha turns Seattle Wine & Food Experience into place to be 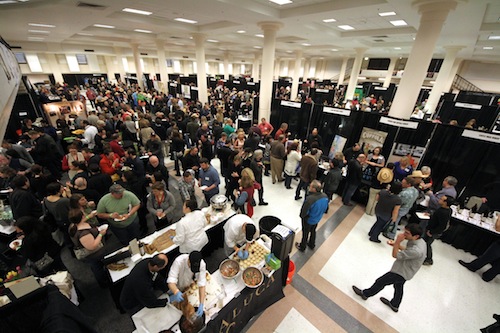 SEATTLE – Jamie Peha knows a thing or two about wine, food and Seattle, and now she’s put together an experience like none other.

Peha, owner of Peha Promotions, has been in and around the Seattle wine scene since the mid-1990s and the hospitality industry a lot longer than that. All of her wisdom and accomplishments have been poured into turning the Seattle Wine & Food Experience into one of the finest events in the Pacific Northwest.

The Seattle Wine & Food Experience takes place Feb. 23 at the Seattle Center Exhibition Hall. More than 2,000 people are expected to attend, drawn by dozens of wineries from around the world, more than 25 restaurants and many beer, cider and spirits producers.

VIP tickets are $65, and general-admission entry is $55. VIP ticket holders get in an hour early and are provided with a number of extra goodies.

This is the sixth year of the Seattle Wine & Food Experience, and Peha has operated it since 2010. This year, the fundraising event supports the Seattle chapter of Les Dames d’Escoffier, an organization for women in the food, wine and hospitality business.

For Peha, this is the culmination of years of hard work and successful events. The Seattle native and Washington State University grad returned to the Pacific Northwest after spending 20 years working in the Los Angeles restaurant industry. She began working for the Washington State Wine Commission in 1994, hired by Cynthia Dasté, who was director of marketing and ran the Auction of Northwest Wines (now the Auction of Washington Wines). Dasté now owns her own public relations firm for wineries.

“I wanted to learn about large events and festivals,” Peha told Great Northwest Wine. “And I fell in love with the wine industry.” 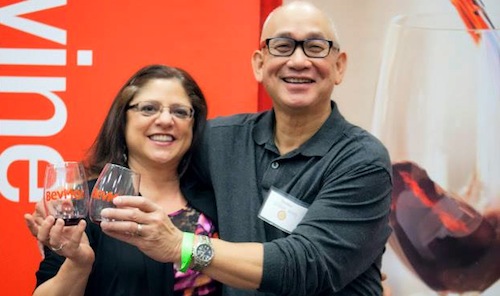 Early in her tenure at the wine commission, Peha was Dasté’s assistant in putting on the World Vinifera Conference, an event for the wine industry and consumers that drew attendees from Old and New World wine regions. Taste Washington was originally part of the World Vinifera Conference, and Peha was charged with making it a standalone event, which she successfully did at the Paramount Theatre in 1998.

“That was my first big solo project,” she said.

Taste Washington has since developed into one of the biggest events of its kind anywhere. After Peha helped make it a success, she and Steve Burns, then executive director of the wine commission, turned Taste Washington into a traveling road show that went across the country and, ultimately, around the world – taking the message of Washington wine to every corner of the globe.

After 10 years at the commission, Peha left to launch her own promotions company.

“I was going to do sponsorship work for events,” she said. “That was my favorite part of the business.”

But just a couple of days after she launched Peha Promotions, Seattle Magazine approached her to do event marketing for it and a half-dozen of its sister publications, including Seattle Bride and Northwest Home. She ended up as the company’s director of sales, development and marketing for five years, during which she worked on hundreds of events. This was the same time that Seattle Met magazine launched and the first time Seattle Magazine had any competition to speak of – which meant Peha had to work that much harder – a situation in which she was able to thrive.

“It helped me learn about the media world,” she said. 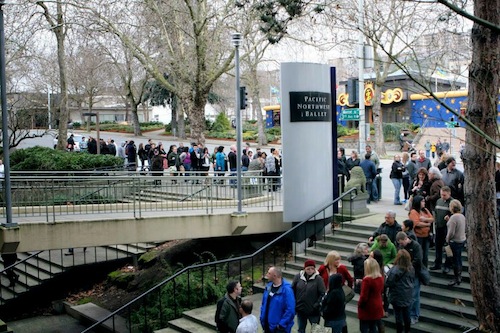 With her well-rounded experience, Peha has been able to build a successful business the past eight years and has created such events as Merlot Gone Mad and Blend. But it’s the Seattle Wine & Food Experience that has caught the attention of wine and food lovers from throughout the Northwest.

Her vision for the Seattle Wine & Food Experience was to bring together wine regions from throughout the world in a city that loves wine and fine dining. That’s not as simple as it might seem at first. Despite the Washington wine industry enjoying only a 35 percent market share, wine regions from outside the state view the market as difficult to break into.

“It’s not easy to get California and international wines up here,” Peha said. “They have to have a certificate of approval to pour here, which means they have to be distributed here. Then if they don’t have anyone in the market to pour, they have to send someone.”

Despite the obstacles, Peha has managed to attract top producers from Oregon, California, Idaho, Italy, France, Spain, Portugal and Argentina. The past two years, Oregon has been the event’s featured region. This year, it’s Woodinville. And the Idaho wine industry also is a sponsor – perhaps not surprising, since Moya Shatz Dolsby, executive director of the Idaho Wine Commission, worked with Peha at the Washington Wine Commission.

Playing to her strength, Peha has a lot of sponsors lined up behind the Seattle Wine & Food Experience. But she doesn’t want them simply behind a table that patrons pause at then keep walking past.

“I really do believe that if you do it right, you’re giving your sponsors an opportunity they didn’t have,” she said. “It’s not just some silly table. They have a reason to be there, and they get a lot out of being there.”

For example, the Washington Beef Commission will be paired up with four chefs who will be using its products to share with attendees. Same with the Washington Grain Commission, which will work with Seattle bakeries who use wheat grown in Eastern Washington. And that goes for the state potato commission and an Oregon lamb ranch.

Because of Peha’s experience at the Washington State Wine Commission and her involvement in launching Taste Washington more than 15 years ago, comparisons between the two events arise.

“There’s room for everybody here,” she said. “It’s an opportunity to float all boats.”

As successful as she has been, Peha is not one to slow down or stop exploring. She played host to a radio show for five years called TableTalk Northwest, which has morphed into a blog she updates regularly. Now she is fascinated with Internet video and is thinking of getting into video podcasting – related to the wine and food industries, of course.