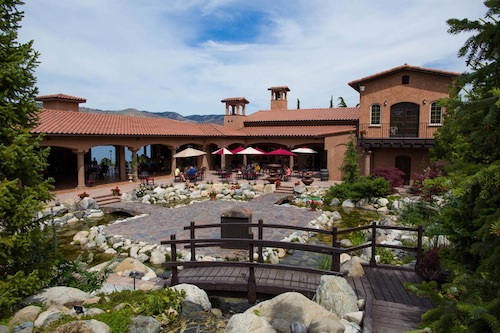 Tsillan Cellars is on the south shore of Lake Chelan and is one of the most beautiful wineries in the Pacific Northwest. (Photo courtesy of Tsillan Cellars)

Editor’s note: This is the fifth in an occasional series on destination wineries of the Pacific Northwest.

CHELAN, Wash. – Nearly 15 years ago, a dentist had a vision of how one of Washington’s most-visited tourist destinations could transform into wine country.

In that short period of time, Tsillan Cellars has developed into one of the most beautiful wineries in the Pacific Northwest and overlooks one of the most stunning regions anywhere in North America.

While Lake Chelan’s history in viticulture goes back to the 1890s, most of the region’s agriculture for the past 100 years has focused on some of the best apples and cherries grown on Earth.

In the late 1990s, orchardists began to convert some of their apples to grapes. Bob Jankelson, a successful dentist who fell in love with Tuscany during repeated visits to Italy, pulled out 135 acres of Red Delicious apples in 2000, replacing them with wine grapes on the south shore of Lake Chelan.

Jankelson’s estate vineyard includes Sangiovese, Syrah, Merlot, Malbec, Nebbiolo, Barbera, Cabernet Sauvignon, Cabernet Franc, Grenache, Chardonnay, Pinot Gris, Riesling and Gewürztraminer. In an area that has little recent viticultural history upon which to lean, Jankelson was able to reveal the diversity of grapes he can grow. 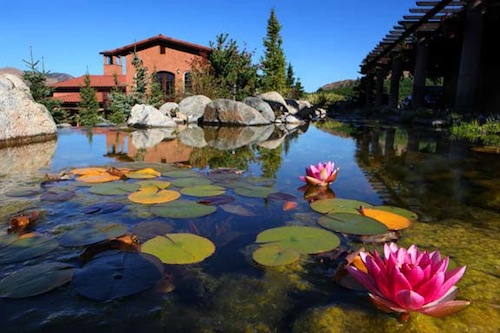 Jankelson then built a remarkable Tuscan-inspired winery, which opened to the pubic May 1, 2004. It includes natural stone bridges, terrazzo tile, stone columns, a 35-foot-tall bell tower with a 650-pound bronze bell, waterfalls and beautifully landscaped terraces and gardens.

He named it “Tsillan Cellars,” which is pronounced the same as “Chelan.” Jankelson found the name on an early explorer’s map of the region. The name – regardless of spelling – is a Salish word that means “deep water,” appropriate for Lake Chelan, which is the third-deepest lake in the United States (Crater Lake in Oregon is the deepest, followed by Lake Tahoe in California and Nevada).

Jankelson and his winemaker, Shane Collins, produce about 7,000 cases of wine each year, nearly all of which is sold directly through the front door to the thousands of patrons who visit the winery. And the wines are spectacular. Tsillan’s wines have earned hundreds of medals in competitions over the winery’s first decade, including eight Platinum awards from Wine Press Northwest magazine. Its 2010 Sangiovese ranked No. 48 on The Seattle Times’ top 50 wines of 2013.

Part of Jankelson’s reason for choosing Chelan for his masterpiece winery – in addition to the spectacular views – was the built-in tourism that has existed for the better part of a century. Lake Chelan has been the playground for tens of thousands of Seattle-area residents who travel three hours to North Central Washington in July and August for sun, water and relaxation. Jankelson and other forward-thinking winery owners realized they could take advantage of this opportunity, and it is quickly paying off.

Thanks to wine, new opportunities for agriculture are opening up around the southern end of the 55-mile-long lake. The region was rewarded for this effort in 2009, when the federal government approved the Lake Chelan American Viticultural Area, Washington’s 11th AVA. At the time of approval, the region had 15 wineries and a scant 260 acres of wine grapes.

As the Lake Chelan wine scene has developed in the past 15 years, wineries have used grapes from both inside the AVA and elsewhere. Tsillan Cellars relies exclusively on estate-grown grapes, quite a dedication to the region’s viticulture.

Because of Tsillan and its fellow wineries, the tourist season in Lake Chelan has spread out several months. Certainly the largest concentration of visitors still is in July and August, but more and more travelers head to the region from March through October to visit wineries and take in the burgeoning restaurant scene. 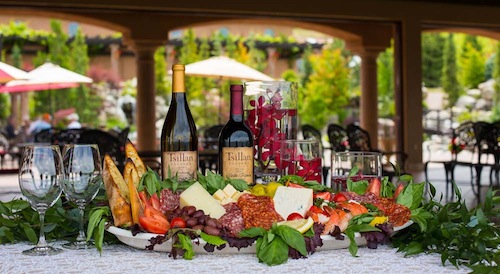 Tsillan has been at the culinary forefront of Lake Chelan, too. Jankelson’s winery plays host to Sorrento’s Ristorante. Owner and chef Gennaro Criscuolo is part of a family that has restaurants in Italy, San Francisco, Los Angeles, Seattle and Wenatchee. Sorrento’s is open daily for dinner and features a superb Italian menu and white linen service.

The entire Lake Chelan wine industry seems to be embracing the notion of having on-site restaurants, with Sorrento and Tsillan a leader in bringing the elegance of fine dining to the heart of this wine region.

As one might imagine from the setting, Tsillan Cellars provides a venue for some of the most memorable weddings in Washington wine country. Between the views, the wines, the food and the vines, this is a special location. The winery also can provide florists, limo services, photographers and other amenities for the big day. Tsillan Cellars can accommodate anywhere from 50 to 220 guests. 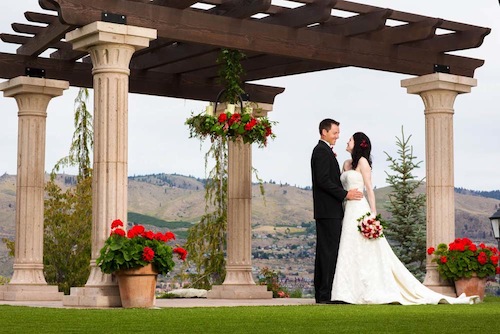 Other activities to enjoy while visiting Tsillan Cellars

Getting to Tsillan Cellars

From Seattle, getting to Lake Chelan can take about three hours of driving. Depending on the season, you can take either Highway 2 or Interstate 90 over the Cascade Mountains to Wenatchee. From Wenatchee, drive about 40 miles north on Highway 97A. From downtown Chelan, drive about four miles west on Highway 97A along the south shore of Lake Chelan. The well-marked entrance to the winery is on the left.