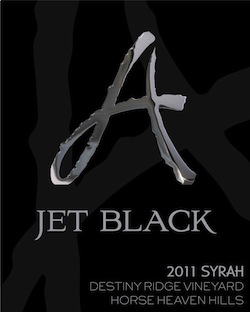 Jarrod Boyle’s site overlooking the Columbia River and Crow Butte Park continues to mature, and his wines gather up more acclaim along the way. He keeps the focus on the fruit, rather than oak, with this Syrah that’s the product of whole-berry fermentation and a program of year-old French and American oak. In the nose, it hints at black currant, black cherry and boysenberry with an undertone of moist clay and crushed brick. Flavors feature the continuation of dark currants and cherries, backed by juicy blackberry acidity and bittersweet chocolate tannins. This wine — which earned a gold medal at the 2014 San Francisco Chronicle competition — is available at both the Prosser and Woodinville tasting rooms, as well as distributed by Click in Seattle, eastern Washington and throughout the country.