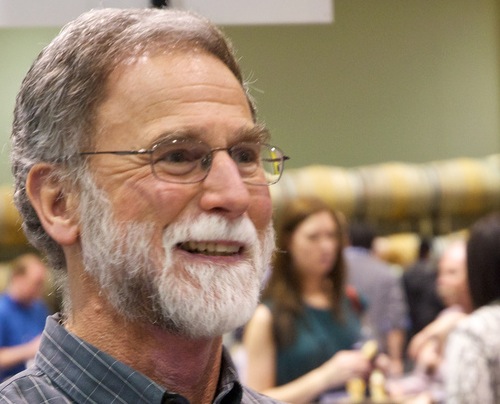 Bob Betz, Master of Wine, and founder of Betz Family Winery in Woodinville, Wash., was honored as the 2014 recipient of the Walter Clore Honorarium Award at the Washington State Wine Awards. (Photo via Flickr/click for credit)

Betz, who launched his renowned Betz Family Winery in 1997 during a storied 28-year career as a Chateau Ste. Michelle executive, was awarded the Walter Clore Honorarium. The award recognizes an individual who has demonstrated dedication to the advancement of the Washington wine industry.

Betz also is one of a handful in the Pacific Northwest to become a Master of Wine, the highest level of education in the world of wine. He received his degree in 1997 with honors as the top scholar in both the theory examinations and the viticulture portion. 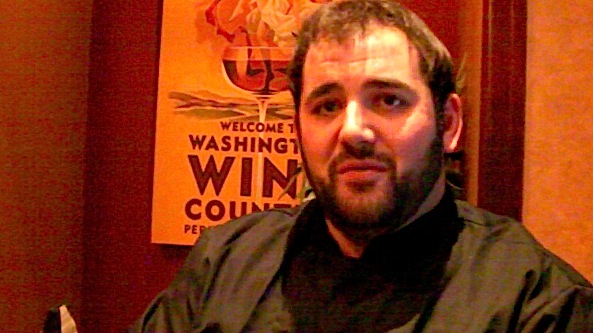 Antonio Campolio, executive chef at The Marc, has elevated the culinary program at the Marcus Whitman Hotel in downtown Walla Walla. He prepared a dinner at the James Beard House in New York City in 2012. (Photo by Eric Degerman/Great Northwest Wine)

The Marc Restaurant was named Restaurant of the Year, and Thorsen of RN74 in Seattle received the Sommelier of the Year award as part of the ceremonies at Samuel & Althea Stroum Grand Lobby at Benaroya Hall in Seattle.

It was the 10th individual award for Anthony’s. No other restaurant has received as many in the history of the Washington State Wine Commission’s awards program.

“Education has always been a part of Anthony’s philosophy, as well as giving back to the community,” said Lane Hoss, Anthony’s Vice President of marketing and beverage director. “We are so pleased to be recognized for our ongoing community involvement with our Raise a Glass, Fund a Scholarship promotion to put towards the Viticulture and Enology Program at Washington State University. It is an honor to be recognized by the Washington wine industry.”

Hoss (2003) and Anthony’s founder Budd Gould (2012) each have received the Walter Clore Honorarium. The Seattle-based restaurant group also has been awarded Restaurant of the Year in 2004, Best Event Featuring Washington Wine (2003, 2006, 2008 and 2014), the Winemaker Choice Award in 2007 and Best Restaurant Group in 2011. At least one of its restaurants has received a Grand Award each year since the wine commission created the program in 2002.

Master Sommelier Rob Bigelow served as the master of ceremonies, and attendees were able to taste wines from 70 Washington wineries.

This marked the 12th year for the Washington Wine Commission’s awards program, and the second time since being rebranded. Winners were selected from more than 100 nominations and were chosen based on their menus, educational programs, marketing efforts and service.

·      Tulalip Bay Dining at the Tulalip Resort and Casino