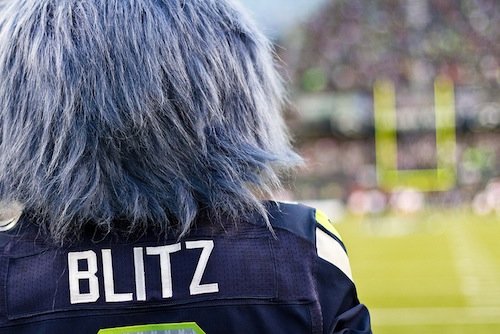 The Seattle Seahawks are playing the Denver Broncos this weekend in the Super Bowl, and many Northwest wineries are behind them, offering fans great deals and discounts. (Photo via Flickr/click for credit)

Northwest wineries are planning to have a super Sunday when the Seattle Seahawks take the field against the Denver Broncos this weekend for the world championship.

Particularly in Washington state, wineries are joining in the fun of rooting on the NFC champion Seahawks as they take on the AFC champion Broncos in New Jersey. Kickoff is 3:25 p.m. on Fox.

Here is a rundown of what some Northwest wineries are doing to celebrate the Super Bowl:

Blooms Winery in Langley, Wash., normally offers live music on Sundays but instead will set up a big-screen TV so fans can come in and watch the Seattle Seahawks.

Charles Smith of K Vintners and Charles Smith Wines is offering free bags of Skittles with every wine purchase at his Walla Walla, Wash., tasting room through Super Bowl Sunday. If the Seattle Seahawks win, Smith will give a 20 percent discount and free Skittles off all purchases of at least three bottles.

Bookwalter Winery in Richland, Wash., will give a discount in its bistro equal to the number of points the  Seattle Seahawks win by. So if the Hawks beat the Broncos by 20 points, Bookwalter will give a 20 percent discount off any food purchased. The deal is good through Monday simply by mentioning the “Seahawk Special.”

DavenLore Winery in Prosser, Wash., is waiving tasting fees to anyone wearing Seattle Seahawks gear – and charging double for anyone wearing Broncos gear.

Woodward Canyon Winery in Lowden, Wash., is serving Skittles in the tasting room.

Hard Row to Hoe in Manson, Wash., is offering free tastings on Blue Friday for anyone wearing blue in support of the Seattle Seahawks.

Cherry Point Estate Wines on Vancouver Island in British Columbia will give away a free bottle of wine to the first 10 people who walk into the tasting room with the final score of the Super Bowl.

Andrew Will in Vashon, Wash., is offering a 12th Man special to its mailing list members: The first 12 people to respond get a 12 percent discount on a mixed case of 2012 wines. And the winery has a wager with Synergy, its Colorado distributor. The loser must send a shipment of local goodies (advice: when the Seattle Seahawks win, skip the Rocky Mountain oysters).

Buty Winery in Walla Walla will be drinking its Beast wines during the game. It also is offering free shipping on all orders of six bottles or more of its Beast wines.

21 Cellars in Tacoma, Wash., is offering complimentary tastings Saturday for anyone wearing Seattle Seahawks gear. The tasting room is open from 2 p.m. to 6 p.m.

Harbinger Winery in Port Angeles, Wash., will be offering its 12th Man Growler Fill-Up for $12 all day Sunday.

William Church Winery in Woodinville, Wash., will be offering 12 percent off to anyone wearing Seattle Seahawks gear or brings in a ticket stub or photo from a Seahawks game. The deal is good Friday through Sunday.

Westport Winery in Aberdeen, Wash., will have the Super Bowl on the big screen for fans to enjoy.

Cave B Estate Winery is offering 12th Man specials, including four wines (two bottles of sparkling, plus a Caveman Red and Unoaked Chardonnay) for $90.

Silver Lake Winery in Woodinville and Zillah, Wash., has created two wines with special 12th Man labels commemorating the Super Bowl. The 2011 Cabernet Sauvignon is $15, and the 2012 Chardonnay is $13. The wines are available through Sunday.

Chateau Bianca in Dallas, Ore., will offer a special tasting room pairing of its Cuvée Blanc with champagne white chocolate for $30 all day Sunday.

Gard Vintners in Woodinville and Ellensburg, Wash., is offering 12th Man deals through the Super Bowl: $12 bottles of white wines and $2 discounts on glass pours.

Dobbes Family Estate Winery in Dundee, Ore., will have the game on and will provide a free upgrade to anyone wearing Seattle Seahawks gear by serving Super Bowl snacks and featuring a side-by-side tasting from its Cuvée Collection.

Kaella Winery in Woodinville, Wash., is waiving the $5 tasting fee on Saturday for anyone wearing Seattle Seahawks gear and offering 12 percent off any order. The owners of Kaella also have made bottle-to-bottle bets on the game with two Colorado wineries.