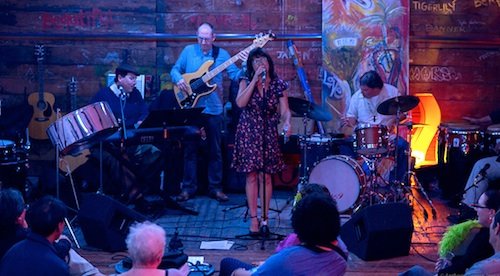 The intimate, indoor concerts begin today at Chateau Ste. Michelle, the winery announced this week. Tickets are $25. Doors open at 7:30 p.m., and concerts begin at 8 p.m.

The concert series kicks off with Naomi Wachira, named “Best Folk Singer of 2013” by Seattle Weekly. Wachira’s music is inspired by the United States and her native Kenya.

The other five concerts in the series includes:

Chateau Ste. Michelle is well known for its summer concert series, held outdoors at its amphitheater at the Woodinville winery. For it, Ste. Michelle brings in top musical acts from across the country and around the world. Those concerts sell out quickly.

Chateau Ste. Michelle, which opened in 1976 in the Seattle suburb of Woodinville, is the most-visited winery in the Northwest, drawing more than 300,000 patrons annually.