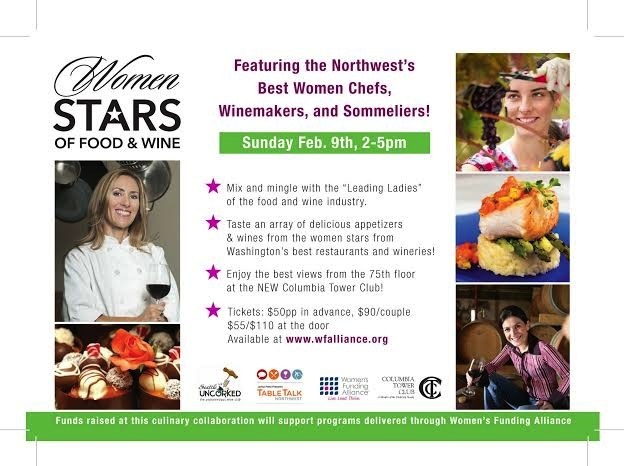 The inaugural Women Stars of Food and Wine will be staged Sunday, Feb. 9, at the Columbia Tower Club in Seattle.

SEATTLE — More than 20 women winemakers and winery principals will meet Sunday afternoon at Seattle’s prestigious Columbia Tower Club to pour for the public as part of the inaugural Women Stars of Food and Wine.

The new event gathers female winemakers, chefs and sommeliers from 2 to 5 p.m. on the 75th floor for a joint project by Uncorked Sommelier Services and Seattle Uncorked. A portion of the proceeds will benefit the Women’s Funding Alliance.

“I think this is a tremendous way to recognize the women in the wine and food industry,” Kyra Baerlocher of Kyra Wines in Moses Lake, Wash., told Great Northwest Wine. “Plus, I think it will be fabulous to meet them myself.”

A ticket costs $55, and the event will feature stations of women winemakers and chefs paired together. Tosh Remchuk of UncorkedSommelierServices.com said she created the event to put wine and food enthusiasts face-to-face with many of the best and brightest women chefs, sommeliers and winemakers in Washington.

There also will be wine industry professionals from Portland and British Columbia participating.

“In the past 30 years, I have worked with incredible women who have gone unnoticed as men have attained all the power and glory,” Remchuk said. “There has been as transference of culinary power from men to women, especially within the past six to 10 years. I felt this was a good time to create an event focusing on all these marvelous women.” 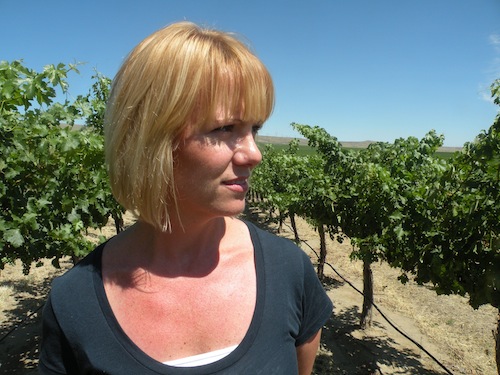 Remchuk said there will be pods where the chef serves small bites paired with the vintner and her wines. Meanwhile, sommeliers will bring three wines from their restaurant cellar, walk the floor and pour them for patrons, who will be asked to guess if the wine is Old World or New World as well as describe the wine’s aromas and flavors.

Some winemakers were contacted by David LeClaire of Seattle Uncorked, while others were more proactive.

“I first heard about this event during the holidays,” Baerlocher said. “I am on the Seattle Uncorked mailing list and as soon as the event was open for sign ups, I got my name in.” 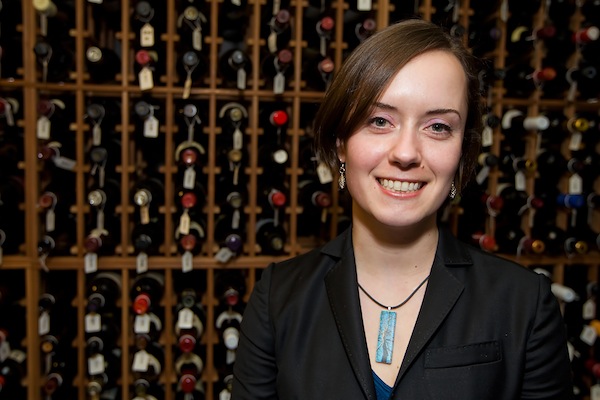 Cortney Lease, who graduated from the University of Washington with a chemistry degree, is company wine director for Wild Ginger Asian Restaurant and Satay Bar in Seattle. (Photo courtesy of Wild Ginger.)

Working around food, wine and diners long has been part of Remchuk’s life. She and her husband, Jean Louis Touissant, owned a pair of restaurants in Sante Fe, N.M., and Remchuk said she may have been the country’s first female sommelier back in 1979.

Since moving to Seattle, her network of wine industry friends grew to include LeClaire. Last fall, he resigned as general manager at Wine World, and soon after — over a bottle of DeLille D2 —the template for Women Stars of Food and Wine was created.

“I wanted this to be a recurring event and for it to grow through the years,” Remchuk said. “We thought, ‘Can we do this in three months?’ Since we both have huge egos, it was a ‘Hell, yes!’

“As you know David does many events and I am director of catering with Boeing and do large events so it seemed a natural fit,” she continued. “He has his strengths, and I have mine. Everything fell into place, I wanted Columbia Towers and voila. I wanted a strong women’s charity and voila!”

The Women’s Funding Alliance was founded more than 30 years ago with a goal of build leadership, drive community investments and accelerate systemic change to improve the lives of women and girls in Washington state.