Despite some snow, drought conditions loom for Northwest wine industry 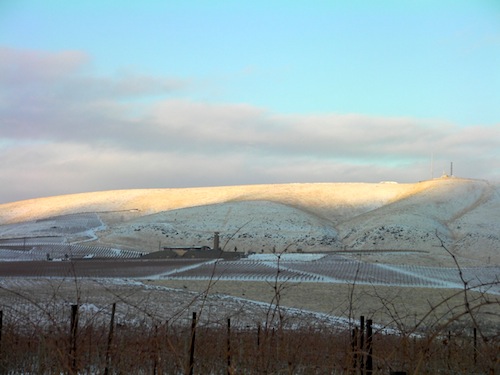 ASHLAND, Ore. — Renowned climatologist Greg Jones issued his mid-winter climate update and spring forecast, and there’s no reason to believe a drought in the Pacific Northwest wine industry can be avoided in 2014.

“As of Feb. 1, snowpacks across the West are running from less than 25 percent up to 50 percent of normal in the Sierra Nevadas to the Cascades of Oregon, and up to 75 percent or so in Washington,” the Southern Oregon University professor wrote in the report he issued through his Ashland office. “The greater-than-normal snowpacks from Montana south into Colorado results from how the blocking ridge pushed systems up and over the West Coast and down the Rockies into the plains and eastward.” 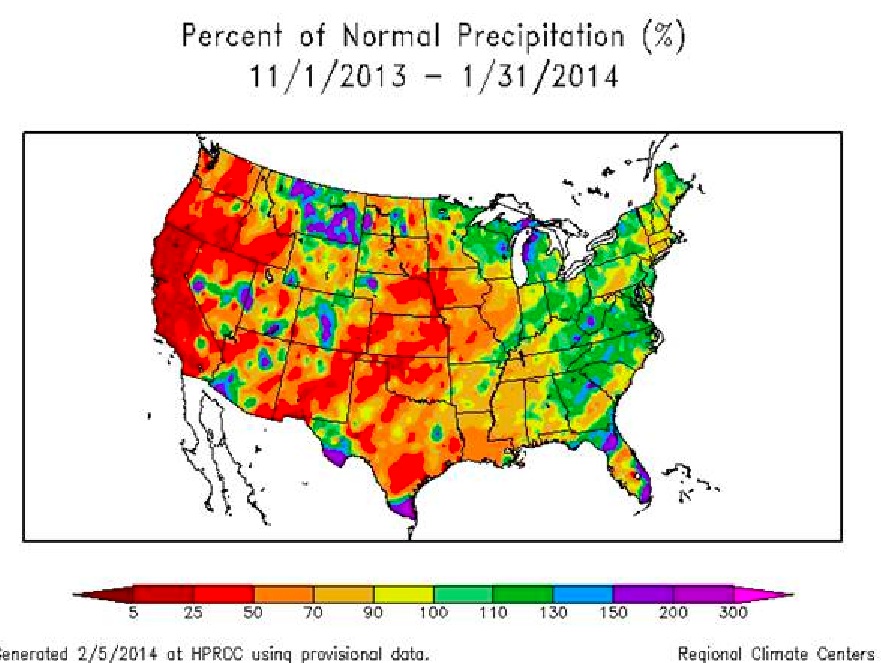 The Regional Climate Centers show the percentage of precipitation at much less than normal throughout the West Coast.

Jones also pointed out the U.S. Drought Monitor reports that 83 percent of the Western United States is in a moderate to exceptional drought, but for California, Oregon and Washington, it is more extreme because 98 percent of those three states are suffering from significant drought conditions.

“Well, January has come and gone and provided very little relief from the dry conditions over the Western U.S.,” Jones wrote. “However, the dominant ridge we have had in place has been replaced by some more normal winter flow paths in the jet stream. Time will tell if this will allow enough storms and precipitation to cross into the western U.S.”

Many areas of the Pacific Northwest woke up to several inches of snow Friday, but of the main ski resorts in Washington Cascades only White Pass reported more than 4 inches in the past 48 hours. Oregon’s top ski areas did better with Mount Hood Meadows receiving 8 inches and Mount Bachelor reporting 13 inches. 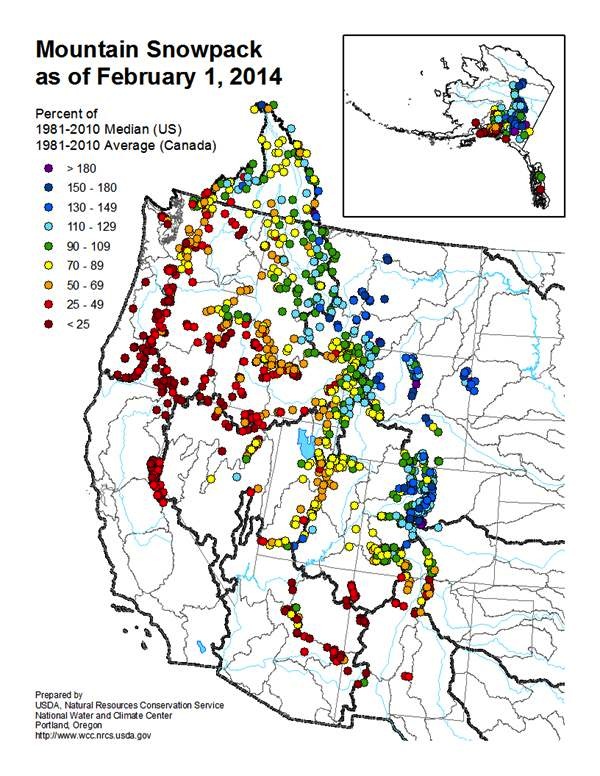 The USDA Natural Resources Conservation Service and the National Water and Climate Center collaborated on this recent map of mountain snowpack.

The next few days could bring more, according to Washington State University’s latest AgWeatherNet report Friday.

“The cold air will begin to erode this weekend as Washington transitions into a more active and milder pattern,” the report stated. “There will be a chance of wintery precipitation statewide, although southern areas are most likely to be appreciably impacted. Snow will quickly transition to a mix and then rain in western areas. The transition from snow to a mix will be slower in eastern areas. Luckily, the mountains will receive some much needed snow. Next week, temperatures should return to near or above average values, as a series of storms bring periodic rain to the lowlands and snow to the mountains.”

“Short-term models out of the Climate Prediction Center hint at it continuing but developing into a north-south pattern. Both the 6-10 and 8-14 day outlooks tilt the odds to a likely wetter-than-average Oregon and Washington, while California has a greater chance of being dry,” Jones wrote. “This type of pattern is tied to the general storm track with the dividing line often shifting north or south over the forecast period, so some rain/snow farther south could develop.” 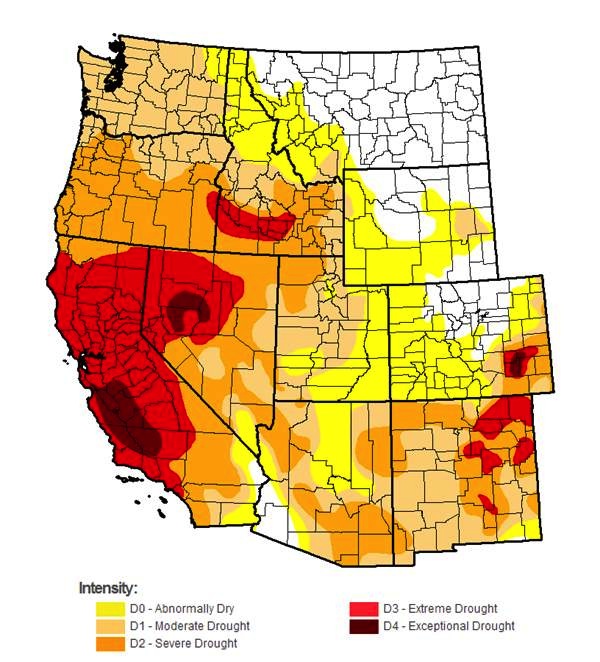 The U.S. Drought Monitor continues to indicate that Idaho’s Snake River Valley is the hardest-hit region in the Pacific Northwest.

The long-range forecast doesn’t hint at a late winter or early spring that will produce enough precipitation to ward off a drought this summer — particularly in the Southwest.

“Extended out to 90 days (February-March-April), the Climate Prediction Center forecast is tilting the odds to a continuation of the north-south pattern,” Jones wrote. “Temperatures are currently forecast to be above normal in California, while closer to normal in Oregon and Washington.

“Rainfall conditions throughout the West are less clear in the CPC 90-day outlook, indicating greater likelihood of dry into Southern California, Arizona and New Mexico, while more northern locations have an equal chance of being slightly above to slightly below normal precipitation.”

And this summer looks to bring more of the dry La Nada weather patterns.

“Current Climate Prediction Center observations and models continue to indicate that ENSO-neutral or La Nada conditions will persist into the Northern Hemisphere summer of 2014,” Jones wrote. “Combined with somewhat cold North Pacific coastal waters, we are likely to continue to see some wide swings the remainder of the winter and into the spring.”

One factor working to the benefit of the West Coast are projected cold temperatures for the rest of winter, which will help delay melting of the snowpack.

“More and more agreement is coming in for a cooler-than-normal second half of winter, especially the farther north you go along the West Coast,” Jones wrote. “While not in full agreement, there is a tendency for forecast to head toward near-normal precipitation and snow through April.

“However, it is not likely enough to ‘catch up’ our current deficits,” he continued. “I am still leaning to a spring that will likely be slightly cooler than average and a little late, but not dramatically late, for areas north of Eureka (Calif.), and near-normal to warmer-than-normal for areas south of Eureka.”

Jones pointed out the Pacific Northwest has been warmer than normal, unlike much of the Midwest and East Coast. Look for perhaps slightly normal than warmer temperatures to continue along the West Coast.

And while irrigators in Washington, Oregon and Idaho will be envious of Montana’s snowpack, the situation could be more dire. Just ask those in to the south.