DUNDEE, Ore. – Erath winemaker Gary Horner has a new vineyard to play with.

Ste. Michelle Wine Estates has purchased Willakia Vineyard in Oregon’s Eola-Amity Hills for Erath, one of Oregon’s oldest and most respected wineries. Ste. Michelle purchased the winery from founder Dick Erath in 2006.

“Willakia Vineyard is a dream vineyard for a winemaker,” Horner said. “It offers this great combination of small blocks planted with diverse clones and rootstocks at different aspects, slopes and orientations. It will give me a broad array of fruit styles to craft beautiful estate wines.”

The Eola-Amity Hills is one of six small American Viticultural Areas in the northern Willamette Valley. It is northwest of the capital city of Salem and is distinctly different from the rest of the region. Cool afternoon winds drive through the Van Duzer corridor, a gap in the Coast Range that allows breezes directly from the ocean some 30 miles to the west.

The earliest plantings in the area go back to the early 1970s, when Myron Redford established Amity Vineyards. The AVA is 37,900 acres in size.

Willakia is on 298 acres of land, with 90 acres planted to Pinot Noir and 21 acres planted to Chardonnay. The vineyard, which is LIVE and Salmon-Safe certified, has another 30 acres of potential vineyard space.

This is Ste. Michelle’s first vineyard in Oregon. It owns more than 3,800 acres of vineyards in Washington and California but until now has relied on contracted acreage in Oregon — includes vineyards owned by Dick Erath that surrounded the Dundee Hills winery.

“Erath is one of the founding wineries of the Oregon wine industry,” he said. “Our acquisition of the Willakia Vineyard demonstrates our commitment to upholding Erath’s legacy as the leading Pinot Noir producer in Oregon. We are very excited to expand Ste. Michelle’s vineyard holdings with a site that was planted to produce iconic wines and that also has the potential for a future winery.”

Horner added that the vineyard was planted with the intention of producing fruit for high-tier winemaking.

“I am excited to build its reputation in future single-vineyard bottlings for Erath,” he said. 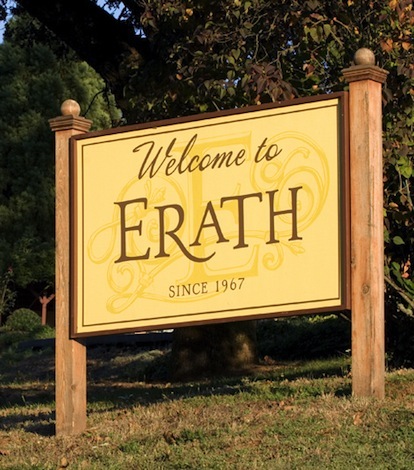 Horner already makes no fewer than 15 Pinot Noirs for Erath Winery, including four separate wines from Prince Hill Vineyard in the Dundee Hills. Horner’s current lineup does not include a wine designated from the Eola-Amity Hills. It and tiny Ribbon Ridge are the only two Willamette Valley AVAs not yet represented on an Erath Pinot Noir label.

Since purchasing Erath Winery, Ste. Michelle has given Horner all the equipment he could possibly want. As a result, the winery’s production has doubled to more than 150,000 cases, making it one of Oregon’s largest producers.

Baseler told Great Northwest Wine that he is thrilled with the direction Erath Winery has taken since the company purchased it.

“This winery for us is a home run,” he said. “It’s over the fence, beyond our expectations. We have been able to take the single-vineyard wines and dramatically increase the ratings and critical acclaim. Gary is making more of them than the old days.”

And now he is likely to add at least one more to his lineup.