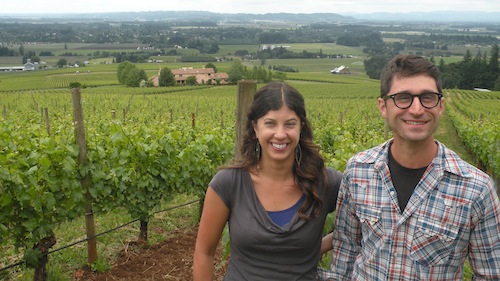 The Dayton, Ore., winery appears on the cover of the Spring issue of the magazine, which arrives at subscribers’ homes and hits newsstands this week.

Stoller Family Estate is the first winery from the Dundee Hills to win the honor. Past recipients from Oregon include Zerba Cellars, Elk Cove Vineyards and Ken Wright Cellars.

Stoller Family Estate is owned by Bill Stoller, who was born on the land where the winery now is located. For many years, the land was used as a turkey farm, until Stoller purchased it in 1993 and planted grapes. He launched the winery in 2001 with the guidance of Harry Peterson-Nedry of Chehalem Wines in nearby Newberg. Stoller also is half-owner of Chehalem.

The wines, which focus on Pinot Noir and Chardonnay, are made by Melissa Burr, 38, who joined the winery as head winemaker in 2003. Burr, who grew up in Salem and graduated from Portland State University, originally planned to get into naturopathic medicine but became entranced with wine when her in-laws purchased an old vineyard in the Columbia Gorge town of White Salmon, Wash.

Rob Schultz joined Stoller Family Estate in 2011 as vineyard manager and works closely with Burr and the rest of the team.

The winery is headed by Gary Mortensen, who is president of the company. In the 1980s and 1990s, Mortensen was vice president of Sokol Blosser, a winery not far from Stoller. There, he helped come up with Evolution No. 9, a white blend of nine grapes that has become the winery’s most popular wine. After working in high-tech startups and as a documentary filmmaker, Mortensen returned to the wine industry with Stoller.

Here is a list of past recipients of Wine Press Northwest’s Pacific Northwest Winery of the Year award:

The magazine also honored the following wineries in the Spring issue: