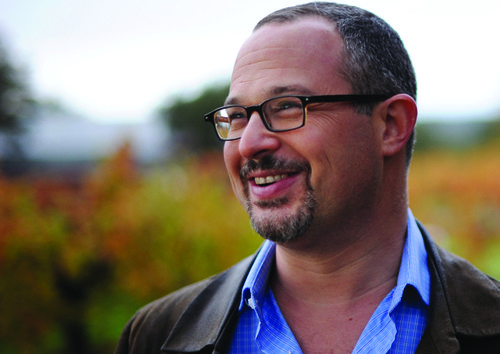 Jon Bonné, wine editor of the San Francisco Chronicle, will be in Seattle this week to promote his new book and to attend Taste Washington. (Reprinted with permission from The New California Wine by Jon Bonné, copyright (c) 2013)

SAN FRANCISCO – Jon Bonné’s experience writing about wine in Washington state led directly to many of the conclusions he drew while writing his popular and controversial book, The New California Wine.

“The ethos of the new California wine industry is an echo of the ethos that was there 40 years ago,” he told Great Northwest Wine. “Washington preserved that ethos, and California got it back.”

Bonné, who will be in Seattle this week for a book event and Taste Washington, describes what he calls “new California” as wines using grapes that are naturally ripe, rather than overripe – “balanced, interesting wines that are made in a transparent style.”

On Friday, Bonné and his new book will be the focal point of an event at Book Larder in Seattle’s Fremont District. The 5 p.m. event will include appetizers by Picnic and a few wines selected by Bonné, who will offer a presentation and reading.

On Saturday, Bonné will be featured on a Taste Washington seminar about old vine wines.

The wine editor for the San Francisco Chronicle – the most important newspaper covering the American wine industry – said response to his book has been almost universally positive, with great reviews from The New York Times’ Eric Asimov and the Los Angeles Times’ Irene Virbila. 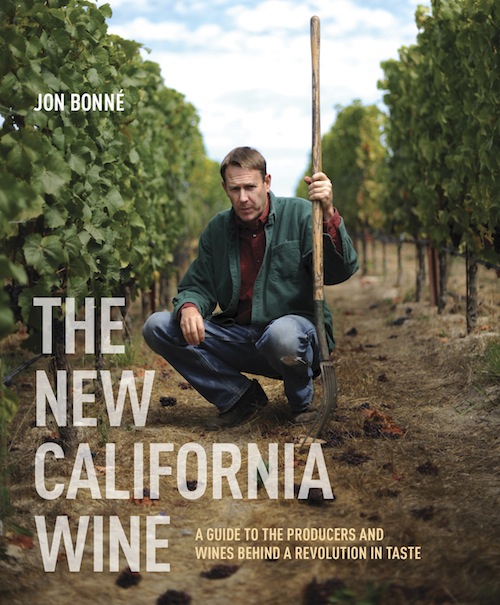 Jon Bonné’s new book on California wine looks at winemakers embracing a style that is more reliant on elegance over power.

Bonné doesn’t seem to mind because he is witnessing a distinct change in the debate about the styles of California wine in the wake of his tome.

“When the book came out, I thought (the conversation) would unfold over six months or a year and talk about the diversity of California wine,” he said. “But almost instantly, the conversation seemed to shift. There is a critical mass of wines that are interesting and represent what I think makes people like California so much – wines that are compelling and fun and complex and nuanced and have a place on the table. They aren’t necessarily high or low in alcohol but avoid big flavors and go beyond the shock and awe of taste in California.

Bonné said he will be heading to London and Stockholm in a couple of weeks and is astonished at how interested the normally European-centric U.K market is to explore California wine.

Washington is attracting California winemakers because of its quality and relatively less-expensive land and grapes. (Photo by Andy Perdue/Great Northwest Wine)

The New York City native moved to Seattle in 2000 to cover the wine industry for MSNBC. During his time in the Northwest, he wrote a wine column for Seattle Magazine. Those years – and his return to the West Coast a year later as wine editor and columnist for the San Francisco Chronicle – gave him important insights of the Washington wine industry that served him well while evaluating California wine and seeking out what he defines as its “new” industry.

“My view of what is interesting in California was 100 percent informed by my time in Washington,” he said. “I was used to seeing people in warehouses, people who didn’t have anything more than barebones equipment. And yet they were chasing a wine dream without having a million dollars to throw at it.

“With a couple of major exceptions, the Washington wine industry is built on small producers – quite literally warehouse wineries. It was an industry that had to learn to grow up. If you are in Napa Valley, you have a very different leverage of the wine industry than if you are in Walla Walla or Prosser.”

Now, he said, California finally is discovering Washington in a big way, with Gallo, Cakebread and Duckhorn gaining a toehold in the past two years.

“Some of it is they realize just how great the quality is in Washington,” he said. “There’s only a certain amount of $80 Merlot you can sell in California before you need another product.”

He added that the next generation of wine consumers isn’t necessarily willing to pay that much for wine, so California wineries inevitably are turning to Washington, where premium wine grapes can be grown for a third to half as much as Napa and Sonoma with zero drop in quality.

“It’s not just Washingtonians who are fond of the fact that there is affordable land (in the Columbia Valley),” he said. “If you’re in California, it’s a whole different mindset.”