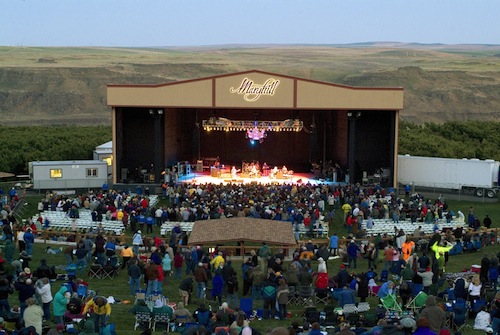 GOLDENDALE, Wash. – Maryhill Winery has announced its 2014 concert series, and it includes some of the top performers from the 1970s.

7 p.m. Saturday, Aug. 2: Styx and Foreigner. Styx is a prog-rock band best known for a string of hits such as Lady, Come Sail Away, Fooling Yourself, Babe, Lorelei and Mr. Roboto. They will team up with Foreigner, one of the biggest bands of the 1970s, which produced such songs as Hot Blooded, Double Vision, Cold as Ice, Feels Like the First Time and Head Games.

7 p.m. Saturday, Aug. 23: Peter Frampton‘s Guitar Circus with Peter Frampton and Buddy Guy. Frampton was with the band Humble Pie before releasing the double live album Frampton Comes Alive! in 1976. It became a giant hit, thanks to such songs as Show Me the Way, Baby I Love Your Way, Shine On, Do You Feel Like We Do and Jumpin’ Jack Flash. It was the best-selling album of 1976. He will appear with American blues artist Buddy Guy, who influenced such artists as Stevie Ray Vaughn, Eric Clapton and Jimmy Page.

8 p.m. Saturday, Sept. 13: Best of Jethro Tull performed by Ian Anderson. British rock band Jethro Tull launched in 1967 and enjoyed a string of hits throughout the 1970s, including Living in the Past, Thick as a Brick, Aqualung, Locomotive Breath, Bungle in the Jungle and Too Old to Rock ‘n’ Roll: Too Young to Die. The renowned Ian Anderson, a Scot who plays flute and guitar, is the final remaining original band member. 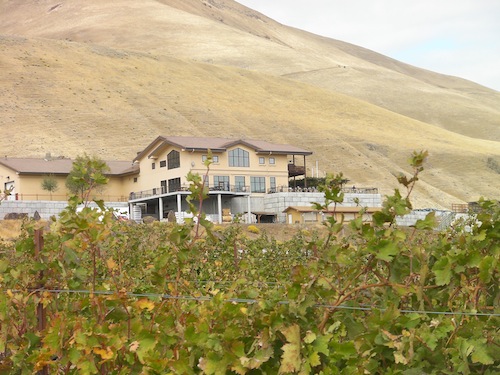 Maryhill Winery is near Goldendale, Wash., in the eastern Columbia Gorge.

Maryhill is one of the Northwest’s top destination wineries. Owners Craig and Vicki Leuthold opened the winery in 2002 on cliffs overlooking the Columbia River about a 90-minute drive from Portland. Winemaker Richard Batchelor produces about 80,000 cases of wine per year, and the winery, tasting room and 4,000-seat concert venue draws more than 70,000 visitors per year.