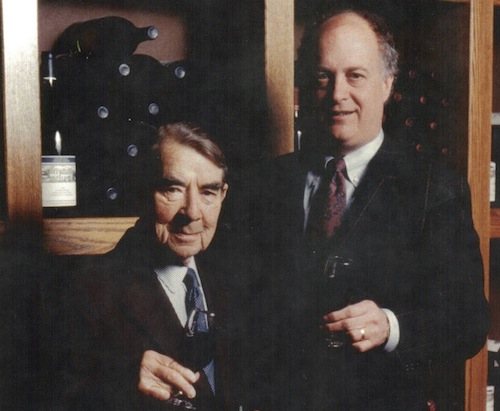 NAPA, Calif. – It has been 20 years since “the Maestro” died, and André Tchelistcheff left an indelible imprint on the Pacific Northwest wine industry, particularly Washington.

Tchelistcheff, who died in April 1994, spent more than 20 years shepherding the early Washington wine industry through its lean early years, acting as a winemaking consultant for Chateau Ste. Michelle.

“He was proud of the years he spent up there,” said Dorothy Tchelistcheff, his widow, who still lives in Napa. “I’m sure he would be amazed and astounded by what has happened in Washington.”

Tchelistcheff was born in 1901 in Moscow to Russian aristocracy, and he fought in the Russian Civil War for the White Army. During a snowstorm in 1921, he was badly wounded by machine gun fire and left for dead on a battlefield in Crimea. After recovering, he and his family fled for Yugoslavia. Tchelistcheff studied agriculture in Czechoslovakia and later moved to France to learn winemaking and fermentation sciences.

In 1938, he was lured to the New World by Georges de Latour, owner of Beaulieu Vineyard near the Napa Valley town of Rutherford. For the next three decades, Tchelistcheff set the standard for American wine, particularly Cabernet Sauvignon. His signature wine was the Georges de Latour Private Reserve Cabernet Sauvignon, which still is made today by BV winemaker Jeffrey Stambor. 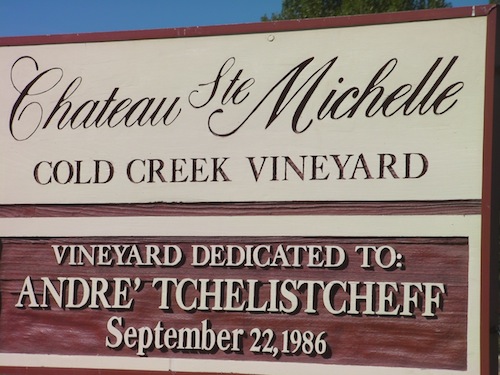 Cold Creek Vineyard north of the Yakima Valley is dedicated to André Tchelistcheff because of his long relationship with Chateau Ste. Michelle. (Photo by Andy Perdue/Great Northwest Wine)

By the late 1960s, Tchelistcheff was beginning to do some consulting work. Wine writer and author Leon Adams mentioned to Tchelistcheff that he should take a look at Washington state. Tchelistcheff found some wines by American Wine Growers, the precursor to Chateau Ste. Michelle, and gave them a try.

So the owners of American Wine Growers hired Tchelistcheff as a consultant in 1968, and soon he and Dorothy were driving between Napa and Seattle every few months. That relationship stayed in place until he died.

“He was a gentleman,” said Allen Shoup, who ran Ste. Michelle for most of two decades prior to launching Long Shadows Vintners in the Walla Walla Valley. “André liked the wines Washington was making, and he gave us a lot of credibility. He was proud of his role up here. He watched the winery grow from almost nothing.”

In fact, the winery was purchased in 1973 by U.S. Tobacco of Connecticut, and the winery was renamed Chateau Ste. Michelle in 1976, so Tchelistcheff saw the production shift from wines that were nominal in quality to something that could hold their own on the world stage. 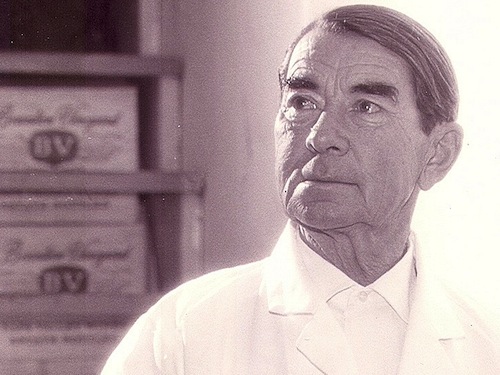 In 1977, Kay Simon began working for Chateau Ste. Michelle as a winemaker. She was young and brought technical training with her to Washington. But she was deeply influenced by Tchelistcheff.

“He was a very active winemaking consultant,” said Simon, who worked for Ste. Michelle for seven years before leaving to launch Chinook Wines in Prosser. “He was a remarkable individual in both his personality and his abilities.”

She said he would taste extensively, and she described him as a careful and accurate wine evaluator, despite being a chain smoker.

“His personality was just perfect for what he was doing. He was a charming man,” she said, adding with a grin, “And he was a little bit of a ladies man.”

Tchelistcheff also worked with Cheryl Jones, then a winemaker at Chateau Ste. Michelle, and Doug Gore, who was Columbia Crest’s first winemaker and now oversees all winemaking and viticulture for Ste. Michelle Wine Estates.

Rob Griffin, who came to Washington in 1977 to work at Preston Wine Cellars and later was the head winemaker at Hogue Cellars and now owns Barnard Griffin Winery in Richland, met Tchelistcheff around 1970, when he was in high school in California. Griffin’s uncle was a Napa Valley grape grower for Beaulieu Vineyard, and he and Tchelistcheff were friends.

After graduating from the University of California-Davis, Griffin landed at historic Buena Vista Winery in Sonoma County, where Tchelistcheff was a winemaking consultant.

“When I got to participate in sessions with him, that would have been in 1975 and 1976,” Griffin said. “He had seen it all, knew it all and knew the proper way to do things. I spent a lot of time with him and learned a lot from him.”

Griffin didn’t realize he would soon end up in Washington, but he did know Tchelistcheff was fascinated with the region.

“He liked what was going on in Washington,” Griffin said. 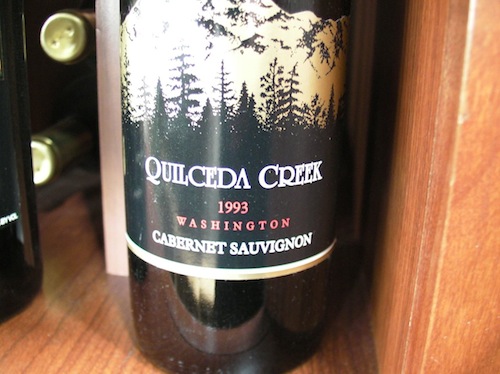 About that same time, Tchelistcheff’s nephew, Alex Golitzin, was an amateur winemaker and was getting ready to launch Quilceda Creek Vintners in Snohomish, a town north of Seattle, on the encouragement of Tchelistcheff. The first vintage was 1979, and Quilceda Creek has gone on to gain acclaim as one of America’s top wineries, earning several perfect 100-point scores for its Cabernet Sauvignon from Wine Advocate and placing as high as No. 2 on the Wine Spectator’s annual Top 100 list.

In the late 1970s, Ste. Michelle was looking to expand rapidly around the Eastern Washington community of Paterson, in what now is the Horse Heaven Hills. Though Tchelistcheff was a winemaking consultant, he spent a fair bit of time east of the Cascades because the winery had winemaking facilities in Woodinville and the Yakima Valley.

“We would go stay out in Paterson,” Dorothy Tchelistcheff remembered fondly. “They would put us out there with the jackrabbits and tumbleweeds.”

Thanks to Tchelistcheff, the folks at Chateau Ste. Michelle were introduced to Piero Antinori.

“André knew Piero and saw him a lot,” Dorothy Tchelistcheff said. “André influenced him to look at Washington.”

While driving between Napa and Seattle, the Tchelistcheffs stopped in Oregon and met some of the Pinot Noir pioneers, including Dick Erath and David Lett. Tchelistcheff later did a bit of consulting for Lett’s The Eyrie Vineyards in Oregon’s Dundee Hills.

Though Tchelistcheff has been gone now for 20 years, his influence in Washington remains, Griffin said.

“He instilled a sense of dedication to craftsmanship,” Griffin said.

“Oh sure, he still affects my winemaking,” she said. “Many of the internal beliefs I have about winemaking were influenced by him. He was a great individual to work around – a fairly humble individual. I was in my 20s, so to be able to have that kind of perspective brought to the tasting table, that was a real opportunity.”