Interview with the HoseMaster of Wine 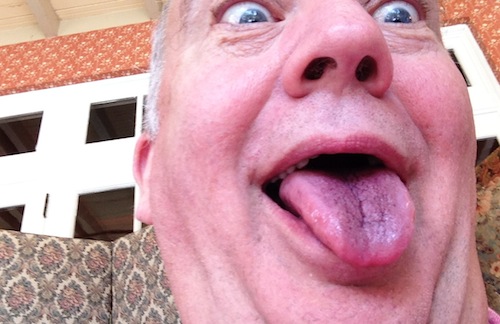 Ron Washam is the HoseMaster of Wine, a wine blogger who lives in California’s Sonoma County. (Photo by Andy Perdue/Great Northwest Wine)

In the world of wine blogging, perhaps nobody is as infamous as the HoseMaster of Wine.

Ron Washam, who writes the HoseMaster of Wine blog, uses his form of comedy to keep the wine industry in stitches – or upset. He began the blog in 2007 as a way to exercise his comedy voice, which he had abandoned some 30 years earlier.

Ron is an interesting character. When you meet him, you might never guess he’s the guy behind the sharpened skewers he uses online.

He started as a comedy writer for NBC TV back in the 1970s. Then he got into the wine industry, first as a sommelier working at a Los Angeles restaurant and later as a wine shop owner.

Today, he lives near Healdsburg, Calif., where he writes, judges wine competitions and does a bit of consulting.

One of Ron’s favorite targets over the years has been the annual Wine Blogger Awards, which he happily calls the “poodle awards” – he refers to wine blogs as the attention barking of lonely poodles. Yet last year, Ron won two of the biggest awards in the competition: best writing and best blog post.

Ron has a few different styles of writing he enjoys on the HoseMaster of Wine blog, including satire of pulp fiction and a crazy intern named Lo Hai Qu. Additionally, Ron writes a monthly humor piece for Tim Atkin, the renowned and highly respected British Master of Wine.