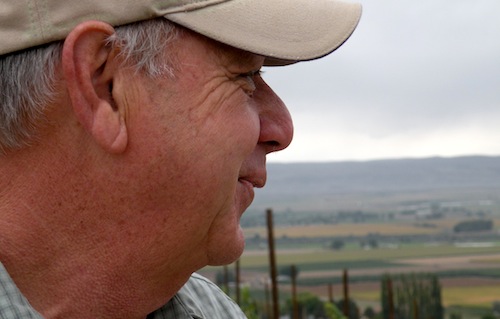 Gregg Alger, owner of Huston Vineyards on Chicken Dinner Road in Caldwell, said the vineyards he works with made it through winter well, despite one cold event in December, during which temperatures dropped to minus-6 degrees.

“I was a little concerned about that,” he said. “It was just one day, but it got cold really quickly. I was concerned because it was so early and we hadn’t gotten to cold hardiness yet.”

But now that vineyards in southern Idaho have pushed through bud break, Alger is seeing few issues.

Ron Bitner, owner of Bitner Vineyards in Caldwell, said the more than 70 acres of wine grapes he manages came through with little issue. He said the December cold snap hurt a little bit of his Syrah, but it was minor damage at worst.

Bitner, who has been growing wine grapes in the Snake River Valley since 1981, said bud break occurred around April 15, which is right on track with long-term averages. Bud break is when tiny leaves emerge from a vine’s buds and begin the annual growing cycle.

Similar to Washington state, Idaho grape growers become less concerned about frost after Mother’s Day. However, Bitner said he can still see snow on Shafer Butte, which is in the Bogus Basin Mountain Recreation Area, so he is still slightly wary of spring frost.

“But things are off to a really good start,” he said.

He’s also been happy with the traffic he has seen in his tasting room on the Sunnyslope Wine Trail, which has been packed the past two weekends.

The Snake River meanders through the heart of Idaho wine country, just below the Sunny Slope Wine Trail near Caldwell. (Photo by Andy Perdue/Great Northwest Wine)

Dave Minick, vice president of vineyard operations for Precept Wine, said some of the acreage he oversees has suffered a little bit of winter damage, as well as some spring frost.

“But overall, things are looking pretty good,” he said. “It’s not as bad as last year.”

In 2013, Snake River Valley growers suffered through a cold, hectic winter that left some damaged vines.

The company owns Skyline Vineyard at 430 acres and Sawtooth Vineyard at 70 acres. Combined, they make up about 40 percent of Idaho’s total acreage and about half of its total production. Precept owns Ste. Chapelle, Idaho’s largest and oldest winery, as well as Sawtooth Winery.

The Idaho wine industry, with 50 wineries, is gearing up for Idaho Wine Month, which takes place in June. The spotlight event is Savor Idaho, a Taste Washington-style event that takes place from 2 to 6 p.m. June 8 at the Idaho Botanical Garden in Boise. Tickets for Savor Idaho are nearly sold out.