Spokane pours it on for Swirl Washington at Davenport Hotel 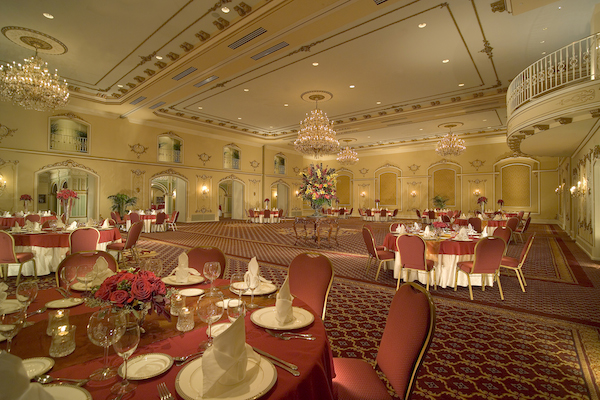 The Davenport Hotel’s Grand Pennington Ballroom, above, Hall of the Doges and Marie Antoinette Ballroom were popular areas to sip wine and sample Spokane cuisine during the days of Taste Washington Spokane. (Photo courtesy of The Davenport Hotel Collection)

SPOKANE, Wash. – Tourism and wine industry leaders in Spokane will introduce a new wine festival on Father’s Day called Swirl Washington, and organizers hope the format for their event at the historic Davenport Hotel sounds familiar.

More than 40 wineries and 15 restaurants will gather in the hotel’s second-floor ballrooms from 5 to 8 p.m. Sunday, June 15. The goal is to re-create the feel of Taste Washington Spokane, which saw its popular run at the landmark end abruptly in 2010. Tickets start at $75.

“It’s taken about 2½ years to get all the pieces together,” said organizer Jim van Löben Sels. “What we’re doing is bringing back that flavor in a grand way — showing off Washington wines and The Davenport.”

And it’s a project van Löben Sels has worked on from several angles. It starts with his role as general manager of Arbor Crest Wine Cellars, where his wife, Kristina Mielke-van Löben Sels makes the wines. He’s also board chair of the Spokane Regional Convention and Visitors Bureau — Visit Spokane — and sits on the board at the Washington State Wine Commission.

Not long after the date was set for Swirl Washington, Walla Walla’s iconic Woodward Canyon Winery signed up to pour.

“That’s a market where we have a lot of people who have been longtime fans, and there are good retailers there,” said Darcey Fugman-Small, co-owner and general manager of Woodward Canyon. “The wine commission is no longer doing an event there, but this is an opportunity to have a presence in Spokane again.”

Several other wineries from the Walla Walla Valley Wine Alliance are scheduled to pour, and there’s been discussion about the association staging tastings in Spokane.

“It’s a pretty good market up there, and if people enjoy your wine, it’s close enough for them to get in the car and drive to Walla Walla,” Fugman-Small said. “You want people in your tasting room.”

Part of the appeal for Swirl Washington, van Löben Sels hopes, is that it will re-create much of the ambiance surrounding those first Taste Washington Seattle events held downtown before its migration to CenturyLink Event Center.

“The first time we held it at The Davenport, we had folks like Woodward Canyon, DeLille and Gordon Brothers,” he said. “It was a really strong showing, and there was some unity. People looked at Spokane as a great spot and being at The Davenport brought back that old Paramount feel.”

What began in 2002 as Savor The Columbia — a fundraising “Fix the Fox” event to help restore the historic Fox Theater — grew into Taste Washington Spokane with the help of the Washington State Wine Commission and its then-marketing director Jamie Peha.

“We got $5,000 to seed and launch it, and the wine commission packaged it as Taste Washington Spokane,” van Löben Sels said. “It grew from 30 to 100 wineries, it was held at The Davenport with food pairings from restaurants and evolved — with Jamie Peha’s guidance — as one of the premier food wine-and-pairing events in Spokane and Seattle.”

However, the commission adopted new strategies in 2010, ended its association with the Davenport event and restricted the Taste Washington brand to hugely popular consumer tasting in Seattle’s Sodo.

“When the commission changed their marketing focus away from consumer events to trade and media, they pulled the funding and backing of Taste Washington Spokane,” van Löben Sels said. “That left it high and dry. Varsity Communications made an attempt at it and struggled. They were forced to change the name of the event, and it never got the backing of the local wineries.”

Varsity Communications in Lynnwood spun it off as Vintage Spokane in 2011, first holding it as a late spring event at the Lincoln Center (a 90-year-old property) before its two-year run as a midsummer festival at Northern Quest Resort & Casino in Airway Heights. Varsity quietly dropped the event after last summer.

“When Vintage Spokane came about, they didn’t want to do it at The Davenport, and it really took on a different flavor,” van Löben Sels said. “I couldn’t really get behind it, and I had some bitterness about losing the support from the wine commission.

“Being on the board of Visit Spokane, I was really pushing hard to get that event back under that name, but Visit Seattle already rebranded Taste Washington Seattle to Taste Washington, and that name is part of their marketing statement,” he added. “We couldn’t use it. And being on the commission I cringe, but I get it.” 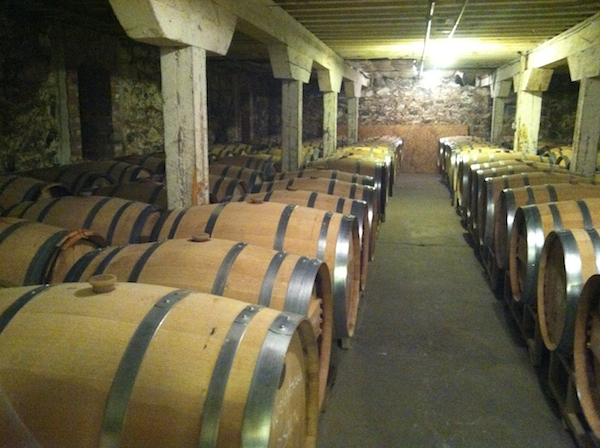 Barrister Winery in Spokane, Wash., includes an underground barrel room where the wines — and visiting wine lovers — pick up vibrations from nearby train traffic. Spokane’s Cork District, a portion of downtown near The Davenport Hotel, is home to a growing number of wineries. (Photo by Eric Degerman/Great Northwest Wine)

“The wine commission does such a good job of putting things together,” he said. “They’re not providing any monetary support, but they are doing the winery registrations, and that’s a big help.”

At this point, only a handful of the Spokane Winery Association’s 15 members have signed up to pour at Swirl. However, Gordon Estate will be back. So is DeLille, which will be joined by Betz, another cult winery from Woodinville. More than a third of those participating are from the Walla Walla Valley. Restaurants include Fire Artisan Pizza, Madeleine’s Cafe’ & Patisserie and Sante Restaurant and Charcuterie.

To some, it might be curious to hold a wine festival on Father’s Day, but for years the Spokane Winery Association has successfully used Mother’s Day weekend as its Spring Barrel Tasting Weekend. Spring often arrives late in Spokane.

Besides, van Löben Sels has a vision for what he hopes will become the signature weekend for the Spokane wine industry.

The night before Swirl Washington — Saturday, June 14 — marks the seventh year of The Pour, a fundraising celebration of wine and food held at Arbor Crest. It was created as a tribute to the late Dr. Michael Manz, founder for Spokane’s sparkling wine house Mountain Dome who died unexpectedly in 2006 at the age of 58. Proceeds from The Pour go to Sacred Heart Children’s Hospital, where Manz was associate medical director and attending psychiatrist.

A growing list of wineries in Eastern Washington and Northern Idaho participate, and The Pour typically sells out weeks in advance. Last year, organizers reported The Pour raised $80,000.

“Last year, there were 380 people with a winemaker or principal at every table, so it’s an intimate evening with winemakers,” van Löben Sels said. “It’s still at Arbor Crest, and it still supports the child psychology department and the wine industry.”

Next year, van Löben Sels hopes to have a setting for a Friday afternoon picnic he envisions as the lead into The Pour on Saturday, followed by the second annual Swirl Washington on Sunday.

“We’re looking at a three-day event eventually,” he said. “On Friday, there will be a walkabout concept similar to the Auction of Washington Wines’ picnic at Ste. Michelle. And The Pour will always be a part of that weekend. That’s how the date for Swirl — the consumer event — came about.”

An ideal setting would be to also stage the picnic on the grounds surrounding Arbor Crest’s historic Riblet Mansion, and this year marks the 30th year that the Mielke family has owned the property. However, van Löben Sels said it’s important to spotlight a different venue in order to spread the word about the Spokane wine scene and its place in the industry’s history. When Arbor Crest was founded in 1982, it was just the 29th winery in Washington state. Mike Conway founded nearby Latah Creek Wine Cellars the same year.

“This event has come full circle and it’s going through a transition, but we want to remind Washington wineries that Spokane is a great spot for people to introduce their wines, and this is a tribute to how it started with wine and food,” van Löben Sels said. “We’re back to full throttle now. I don’t think we’ll make a 100 wineries this year, but we’ll be at 40 to 50, and getting the momentum going again.”