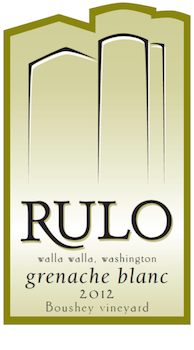 One of the Pacific Northwest’s original Rhône Rangers, Puget Sound winemaker Doug McCrea, first brought awareness to this grape — the fourth-most planted white variety in France. Now, it is Walla Walla winemaker Kurt Schlicker with access to Dick Boushey’s block. This Spanish original received whole-cluster pressing and oak barrel fermentation for three months, and while Schlicker did not allow for malolactic fermentation, he aged it on the lees for 10 months. The nose is reminiscent of fresh-cut yellow grapefruit, gooseberry pie, lime and crisp celery. It is loaded with citrus flavors, leading with more grapefruit and lime juice, which are met by some savory notes in the midpalate and capped with lingering gooseberry tartness. For those looking to scratch off another intriguing variety from their bucket list, this bottling will serve as a fascinating assignment, and it’s a fun alternative to a green and snappy Sauvignon Blanc.