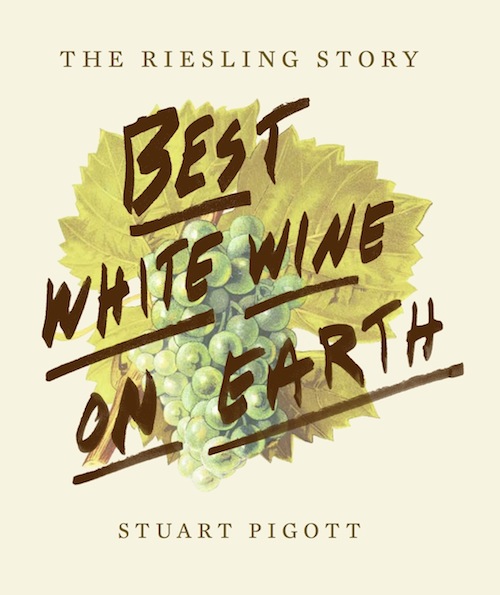 All hail the Pope of Planet Riesling.

Stuart Pigott, a British expat who splits his time between Berlin and New York, is on a Riesling crusade, and we are his knights templar.

Pigott became fascinated with wine – and specifically with Riesling – when he took a trip to West Germany as a teenager. As the Cold War heated up in the late 1980s, Pigott moved to Germany just as the Berlin Wall was coming down and Europe was dramatically changing. As a journalist, Pigott wrote articles and books on a wide variety of wine-related topics, though his focus remained on Riesling.

We recently chatted with Pigott while he was at his home in Manhattan. Here’s the interview:

This week, Pigott’s new book has been released. Called “Best White Wine on Earth – The Riesling Story,” the book chronicles Riesling in its varied forms around the globe, with Pigott playing the roles of historian, archivist and explorer. Indeed, he tracks down Riesling throughout the world, from Slovakia to Pennsylvania.

Pigott has a special love for Pacific Northwest Rieslings and has taken many opportunities to explore our region’s various versions. He has provided enlightening and entertaining keynote speeches at each of the Riesling Rendezvous conferences held in and near Seattle since 2007. In fact, that such an event occurs – and draws some of the greatest Riesling winemakers in the world – astonishes Pigott and gives him great hope that he is doing much more than tilting at Riesling windmills.

In Pigott’s new book, he provides an entertaining and in-depth look at Riesling. As he arrives on the West Coast, he spends considerable time exploring the Rieslings of Washington, Oregon, British Columbia and Idaho. It is a must-read for any wine lover – even those who think it’s better to be red than dead.

Pigott is the author of many books, several of which are written in German – and many of which focus on German wine regions.

Interested in following along on Pigott’s Riesling grand tour?

To subscribe to the Great Northwest Winecast so you can listen to it on your iDevice, click here to go to the iTunes store. We’d also love it if you left a rating and/or review.