WOODINVILLE, Wash. — Chatter Creek winemaker Gordy Rawson has been one of the constant notes for Wine Rocks Seattle since the event began in 2008, and he’ll be on his guitar leading the T Tops back on stage Thursday, July 10, at Bell Harbor for the seventh straight year. 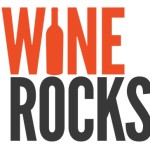 “I think it’s a lot of fun,” Rawson said. “I wish a few more winemakers got involved, and I know there are more out there. It’s a fun concept. People have a good time, and it’s a different way to draw attention to winemaking and the wineries in the area. And it raises a fair amount of money for worthy charities.”

40 wineries to pour at Pier 66 this year

This year, Rawson will be joined Darren Des Voigne of Des Voigne Cellars in Woodinville, Victor Palencia of Palencia Wine Co. in Walla Walla and the duo of Carolina Warwick (Kestrel Vintners) and Micah Riesenweber (Market Vineyards). They all will be helping to raise money for Food Lifeline, which supports 275 food banks, meal programs and shelters throughout western Washington.

Wine Rocks Seattle tickets cost $45, and admission includes a free sampler download from Sub Pop Records, which also will be at Elliott Hall on Pier 66 playing new music in between the winemakers’ sets.

“The event has kind of changed over the years as it has matured since it started at The Gibson,” Rawson said. “It’s a pretty fun-loving crowd, and last year’s was a bit more diverse than we’ve had in other years. More people are popping down after work. There are a lot of more people living downtown now that Amazon is really flexing its muscle downtown, and there are a lot of new people interested in wine these days, so it’s neat to see the new faces.”

5 wineries to be represented on Elliott Hall stage

The T Tops, who performed last year as the Turbo Grape Mashers “play rock ’n roll,” Rawson said. “I hate to put a genre on it. It’s fairly easy stuff, and there’s a lot of stuff from the Sixties, which we all like, but there are a few newer songs and a few from this century.”

Rawson, who just celebrated the 19th anniversary of Chatter Creek, started making wine in his Seattle garage more than 30 years ago. It began with trips to a farmers market of sorts in Georgetown.

“There was this funny little Italian — Tony Picardo — selling grapes there, and there was another Italian guy by the name of Sanchez, also selling grapes across the street. It was kind of like having fireworks stands across from one another,” Rawson said with a chuckle. “They were both fruit shippers and would sell fruit to home winemakers. They were there every year in the fall since the ’30s, I guess. Tony was well into his 90s and was a funny old guy who sold Zinfandel grapes. The boxes said ‘Lodi,’ but it was actually Mendocino fruit. Then I started getting Barbera, Merlot and Nebbiolo and sourcing from vineyards in Washington, including Pinot Noir from Joan Wolverton (of Salishan Vineyards).”

His band has been together about half as long as Rawson has been making wine, and they perform a handful of times each year in the Seattle area.

“Four of us have been together for more than 10 years now,” he said.

Ironically, there’s a teetotaling component of the T Tops. “You don’t have to have wine to have a good time,” Rawson said.

Rawson, who plays bass guitar, said he simply enjoys performing with his band rather than thinking about what his appearance will do promote Chatter Creek.

“It’s always really hard to quantify something like this,” he said. “Advertising is like weird rabbit holes, but this does put the name out there to someone different than the usual crew that you tend to see at Seattle wine events.”

This year, more than 40 Northwest wineries, breweries and distillers will be joining the lineup of Puget Sound food trucks that include the Barking Frog Mobile Kitchen, The Grilled Cheese Experience, Jemil’s Big Easy, Lumpia World, My Sweet Lil Cakes and Papa Bois.

“It is a lot of fun, and food trucks add a neat element to it,” Rawson said. “Performing on the pier is just awesome. The two times we’ve been there have been fantastic, and hopefully the weather will be great again.”

A missing element to the Wine Rocks lineup, Rawson said, is another Woodinville winemaker — Chris Gorman of Gorman Winery.

“He collects and displays guitars, and rumor has it that he’s a pretty good guitarist,” Rawson said. “Some friends of mine heard him play years ago at a Halloween party. If we shook the branches hard enough, I bet we could get a few more winemakers to play, and maybe we could get a big star who just shows up and sits in sometime.

“Dave Matthews lives on Bainbridge Island part-time,” he added. “If we turned up the volume and faced the speakers his way, maybe that would work. I know he likes wine, and he owns a winery.”