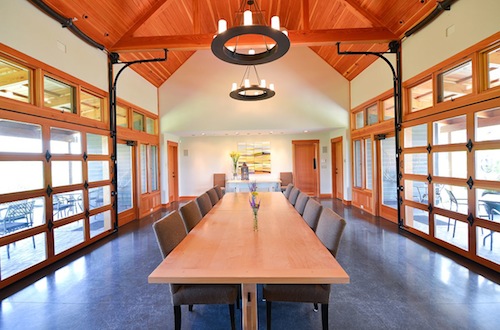 Editor’s note: This is the eighth in an occasional series on destination wineries of the Pacific Northwest.

LOWDEN, Wash. – And to think that Rick Small nearly went to architecture school.

Instead, his father wanted to keep him in the family business, so he let the Washington State University grad plant a small amount of Chardonnay in 1976 on a corner of his farm that didn’t grow wheat well.

It turned out to be a great spot for wine grapes – and a great way to get Small hooked on being a grape grower and, ultimately, a winemaker.

Five years later, in 1981, Small launched Woodward Canyon Winery in the tiny burg of Lowden and remains the second-oldest winery in the Walla Walla Valley, after Leonetti Cellar.

The winery is named after the canyon where four generations of Small’s family has farmed and where the estate vineyard is still located. Since those early days, Woodward Canyon Winery has earned the reputation as one of Washington’s best wineries and one of the top producers of Cabernet Sauvignon anywhere.

And thanks to a beautiful tasting room, restaurant, vegetable gardens and a stellar reputation, Woodward Canyon is one of the Pacific Northwest’s top destination wineries.

The estate vineyard is certified sustainable by LIVE (Low Input Viticulture and Enology) and Salmon Safe. Small also buys grapes from some of the state’s top vineyards, with his reach stretching all the way to the Columbia Gorge. In addition, Small is one of four winery partners who co-own famed Champoux Vineyards in the Horse Heaven Hills.

Kevin Mott is into his second generation as head winemaker for Woodward Canyon, while Small is director of production and focuses on his first love: the land. His wife, Darcey Fugman-Small, is the winery’s general manager. Their daughter, Jordan Dunn-Small, now works for them.

In 1998, Woodward Canyon introduced a second label called Nelms Road – which is a crossroad with Woodward Canyon Road where Small caught the school bus as a child (he attended school in the building now occupied by L’Ecole No. 41 – next door to Woodward Canyon Winery).

The tasting room is a restored 1870s farmhouse surrounded by the gardens. In 2009, the Reserve House was built, providing space for private tastings, a library cellar and commercial kitchen. Solar panels were installed on the Reserve House during construction to make it more sustainable.

A few years ago, Small and his crew began growing vegetables and herbs, which were used by his employees and sold to area restaurants. In 2012, Woodward Canyon Winery opened The Reserve House, a seasonal restaurant using produce grown on the farm or purchased from local farmers.

Small is often accompanied by Amazing Larry, his German shepherd. 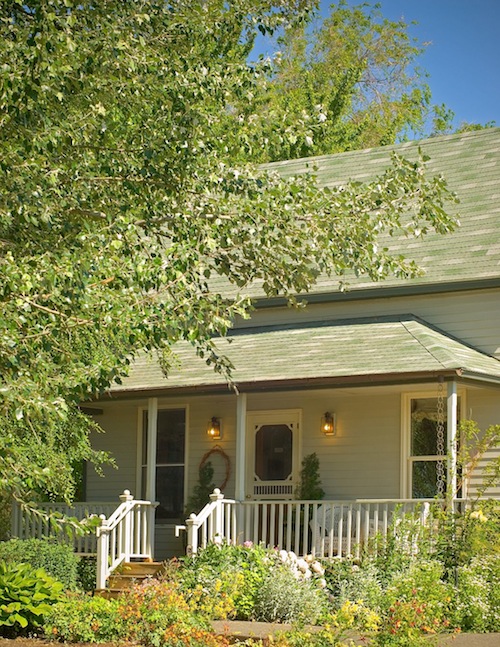 Woodward Canyon Winery is on Highway 12 about 15 minutes west of downtown Walla Walla. It is next door to L’Ecole No. 41.