The art of blending with DeLille’s Chris Upchurch 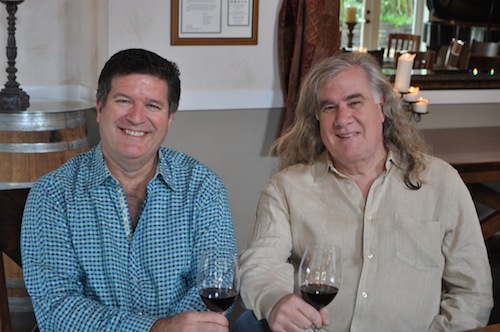 WOODINVILLE, Wash. – Back in the early 1990s, four men got together to start a winery. The result was DeLille Cellars, which has gone on to become one of Washington’s most cherished and revered producers.

Greg Lill got together with friends Jay Soloff and Chris Upchurch and his father, Charles, to launch DeLille at a property Charles owned just a couple of minutes’ drive from Chateau Ste. Michelle. Their inaugural vintage was 1992.

We recently sat down with Chris Upchurch to talk about his winemaking philosophy, his vineyard sources and a small project he is starting. Here’s the interview:

Harrison Hill is a small vineyard near Sunnyside, Wash. Some of the Cabernet Sauvignon here dates back to 1962. (Photo by Andy Perdue/Great Northwest Wine)

Harrison Hill is an especially endearing project for Upchurch. it’s a single-vineyard blend of Cabernet Sauvignon, Merlot and Cabernet Franc from a small vineyard that is part of the Snipes Mountain American Viticultural Area in the heart of the Yakima Valley.

Some of the Cabernet Sauvignon at Harrison Hill dates to 1962, when the founders of Associated Vintners planted it. That’s what first attracted Upchurch to Harrison Hill.

“The one consistency around the world is that all winemakers worth a damn seek out old vines,” Upchurch told Great Northwest Wine. “They’re kind of like old people, in a sense: They don’t produce a lot, and they don’t move very fast.”

Upchurch said the old vine Cabernet Sauvignon on Harrison Hill ripens slowly, and Upchurch cherishes that. He was led to Harrison Hill in the early days of DeLille by his mentor, the legendary David Lake – winemaker for Columbia Winery, which had been known as Associated Vintners. Lake said he recalled working with those vines before Chateau Ste. Michelle took over the contract.

So Upchurch approached Allen Shoup, then CEO of Ste. Michelle Wine Estates, who said DeLille could go ahead and take over the small vineyard near the town of Sunnyside. At that time, Harrison Hill also had Gewürztraminer and Pinot Noir planted, so Upchurch worked with the Newhouse family – owners of the vineyard – to replant them with Bordeaux varieties.

“We brought our first Cab out from there in 1994, which was a great vintage for Washington state,” Upchurch said. “It was 100 percent old vine Cabernet.”

By 1996, Harrison Hill became the blend it is today. The 1999 Harrison Hill – from a cool vintage – remains one of Upchurch’s favorites.

“In 1999, I made one of the great wines of my career,” he said. “It’s beautifully expressive with purity of fruit. It taught me my place. It’s humbling. We’re all benefiting from the guy before us. 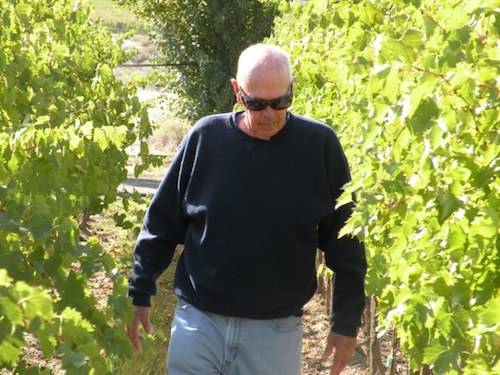 Recently, Upchurch crafted what has become one of DeLille’s finest wines. Called Four Flags, it’s a Cabernet Sauvignon from four vineyards on Red Mountain. It started as a small project in the cellar, when Upchurch and his team created a blend of Klipsun, Ciel du Cheval, Grand Ciel and Upchurch vineyards. They bottled up a small amount for the DeLille wine club, and it sold out in a month. Now it’s a bigger part of the DeLille lineup.

In 2007, Upchurch and his wife, Theodora, purchased a few acres of land on Red Mountain at an auction. They hired famed grape grower Dick Boushey to plant and manage the vineyard, and they have now built a building that serves as a small winery, lab and apartment, which Upchurch plans to use during harvest to cut down on the amount of travel between Red Mountain and Woodinville.

Most of the grapes for Upchurch go to DeLille, and they have made the cut for Four Flags, D2 and even the flagship Chaleur Estate. Upchurch also holds back a small amount for his own label, Upchurch Vineyard. Last year, he released his first wine, from the 2010 vintage, to great acclaim. He views Upchurch as an eventual retirement project, though he sees that as years away.

“DeLille is my pride and joy.”