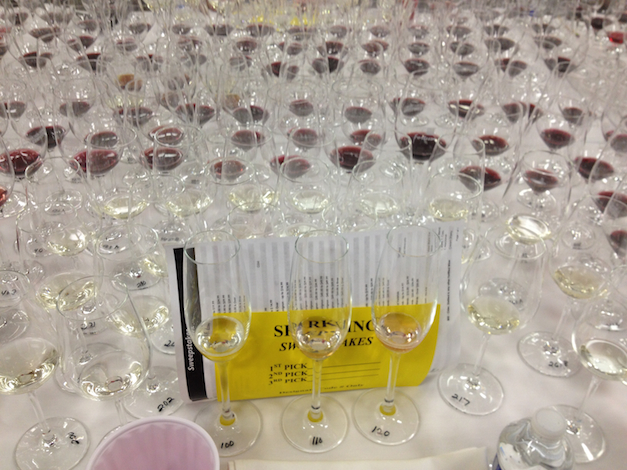 Olympic Cellars near Port Angeles starred at the California competition with two Horse Heaven Hills wines. It won a double gold for its 2012 Alder Ridge Vineyard Zinfandel and a gold medal under its Dungeness label for a Lemberger made from acclaimed Champoux Vineyard. French winemaker Virginie Bourgue also earned two silver medals for the 35-year-old Olympic Peninsula winery.

Swiftwater Cellars winemaker Linda Trotta won a gold medal for her recently released 2013 No. 9 Riesling. Her 2012 vintage was chosen best of class in the dry category during the January judging of the San Francisco Chronicle Wine Competition.

Horn and AniChe Cellars in Underwood, Wash., received gold medals for her Bordeaux blend 2011 Be Holden, 2011 Elephant Mountain Vineyard Moth Love and 2012 Sirius, a blend of Italian varieties from the Horse Heaven Hills. She won a total of six medals at the event, picking up two silver medals and a bronze.

According to chief judge Debra Del Fiorentino, the International Women’s Wine Competition judges recognize not only the best wines submitted, but also the wines they feel would appeal most to women wine buyers and consumers.

Here are the results of the Northwest results: