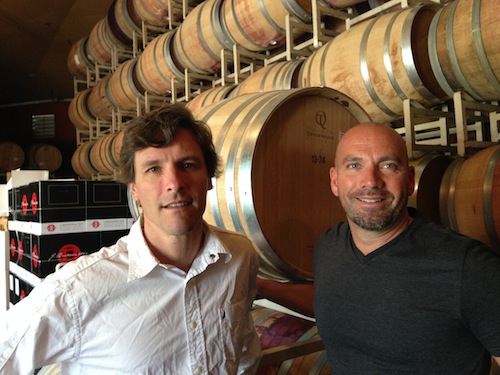 RICHLAND, Wash. – One of Walla Walla’s most acclaimed winemakers has moved west to take over the cellar at one of the state’s oldest producers.

Caleb Foster is now the head winemaker for J. Bookwalter in Richland, about an hour west of Walla Walla. For Bookwalter, it was a necessary decision.

“I finally recognize I needed to fire myself from one of my jobs, and this one seemed the most logical when somebody like Caleb is available with all of his talents,” Bookwalter told Great Northwest Wine. “So this was the most natural move for me.”

Bookwalter has run the winery his parents began in 1983 since moving back to the Tri-Cities in 1997. Not a classically trained winemaker, Bookwalter smartly hired consultants such as Zelma Long of Napa Valley and Claude Gros from France. As a result of changing every detail of the family winery, J. Bookwalter’s wines dramatically improved and now enjoy high acclaim.

At the same time, Bookwalter reinvented the Washington tasting room experience after visiting South Africa and becoming inspired. His tasting room moved from being a typical belly-up-to-the-bar experience to having patrons sit down and be served. It was all in an effort to slow down the process rather than move as many people as possible through his facility.

Soon, the tasting room developed into a coffee shop-style wine lounge and ultimately morphed into a restaurant. Now, J. Bookwalter and its neighbors – Barnard Griffin and Tagaris wineries – all have restaurants that have turned this corner of Richland into one of the region’s hot spots for locals and visitors alike.

Six years ago, J. Bookwalter also was among the first Eastern Washington wineries to open a satellite tasting room in Woodinville, having launched its “tasting studio” just up the road from Chateau Ste. Michelle.

“Woodinville has been good for us,” he said. “Competition has gotten steep – there were 35 tasting rooms when I started, and now there are 135.”

Last year, he was able to add seasonal food service at his Woodinville tasting room via a food truck.

“Food is definitely a draw,” he said. 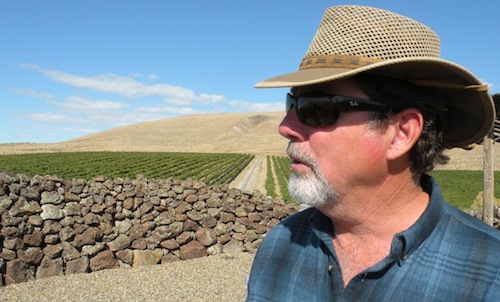 Foster, a graduate of Whitman College in Walla Walla, worked for wineries such as Chateau Ste. Michelle before launching Buty Winery with Nina Buty in 2000. The brand – and its label Beast – became a near-instant success in the ever-evolving Walla Walla Valley scene. Foster has since sold his shares of Buty and moved on.

“This is a different opportunity than anything else before because of John’s strength in the business,” Foster said.

He noted Bookwalter’s depth of knowledge in winemaking, vineyard practices and regional, national and global sales.

“It’s stepping into an intense and mature company that is working in top form,” Foster said.

Bookwalter produces just shy of 30,000 cases of wine, and he doesn’t see that changing, especially on the high end.

About half of the vineyards Bookwalter relies on already have been on Foster’s radar, particularly Conner-Lee Vineyard in the Columbia Basin, which Bookwalter’s father, Jerry, began managing in the 1980s. Today, it is Bookwalter’s largest source of grapes.

One vineyard Foster will quickly familiarize himself with is Elephant Mountain, one of the highest-elevation plantings in the state. It is in the Rattlesnake Hills overlooking the Yakima Valley and is highly prized by winemakers across Washington.

This is not Foster’s first connection with Bookwalter. In 2000, he launched Buty at Bookwalter’s facility until he could set up shop in Walla Walla. He also used Long as a consulting winemaker.