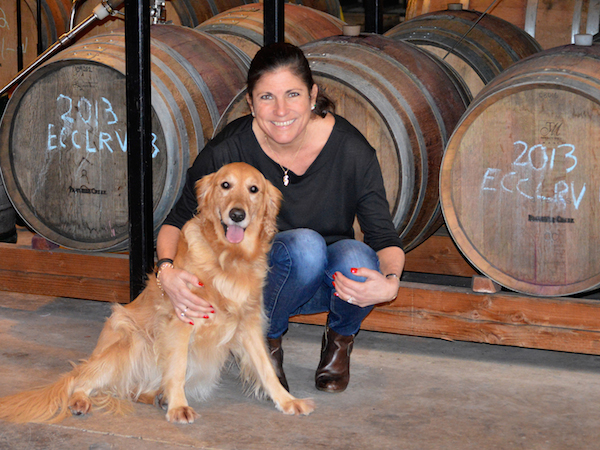 MCMINNVILLE, Ore. — It wasn’t love at first sip for Liz Chambers when first entered the wine business in 1995, but on Saturday, she’ll launch her second winery when she opens Elizabeth Chambers Cellar in downtown McMinnville.

There’s no doubting the devotion of this University of Oregon grad, who continues to have Michael Stevenson make the Elizabeth Chambers Cellar wines, just as he did when the Chambers family operated Panther Creek Cellars near the home of the International Pinot Noir Conference.

And Juan Pablo Valot, her winemaker at Silvan Ridge in Eugene, also has a hand in the new 3,500-case McMinnville project.

“While it’s true that owning a winery takes an incredible amount of capital, and it seems like all I’ve done lately is write checks, it’s something I’ve been doing for 20 years and I love being in the wine business,” Chambers told Great Northwest Wine via email. “When Michael first suggested that he and I start something new when the family sold Panther Creek, I originally declined, but everything just kept falling into place and the universe told me that I needed to do this.

“I kept hearing my mother’s voice in my ear saying ‘Go for it!’ ” she added. “She came from and raised a family of entrepreneurs, and I was up for the challenge.” 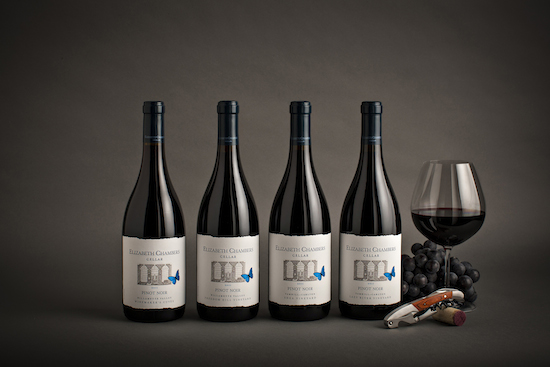 It’s been a difficult and tumultuous transition for the family since their mother, Carolyn Chambers, died of cancer in 2011 at age 79. Her empire included Chambers Communications Corp., in Eugene, and Silvan Ridge and Panther Creek were two of the businesses she owned in addition to Chambers Construction. She purchased Silvan Ridge in 1991 and added Panther Creek in 2005. 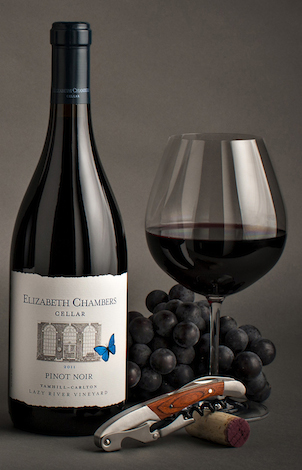 “There was a lot of disagreement of what to do with the wineries after my mother’s death,” Chambers said. “My family originally wanted to just close the doors, sell off the inventory at fire-sale prices, let all the employees go and pretend that they never existed. It took a lot of arguing on my part to convince them that was the wrong thing to do and that the wineries had value.

“My mother had provisions in her will that allowed me to purchase Silvan Ridge if that was what I chose to do, and I accepted that offer,” Chambers continued. “The family offered to sell me Panther Creek at a very inflated price, and I declined. I owned the building Panther Creek was located in personally, so that is how Michael and I began on our new venture.”

The path started out rocky for Chambers, who came out of college with a background in finance and began working as an insurance underwriter.

“Silvan Ridge was literally just handed to me to manage,” she said. “My mother had owned the winery for a year and had hired a consultant to do a five-year plan. His first recommendation was that it should be run by a family member. I was asked if I was interested in the position.

“I was the risk and benefits manager for all of our family businesses at the time and thought I would lose that title for the title of GM of the winery and thought wine sounded like a lot more fun than insurance,” Chambers continued. “I later learned it was ‘in addition to’ rather than ‘instead of.’ ” 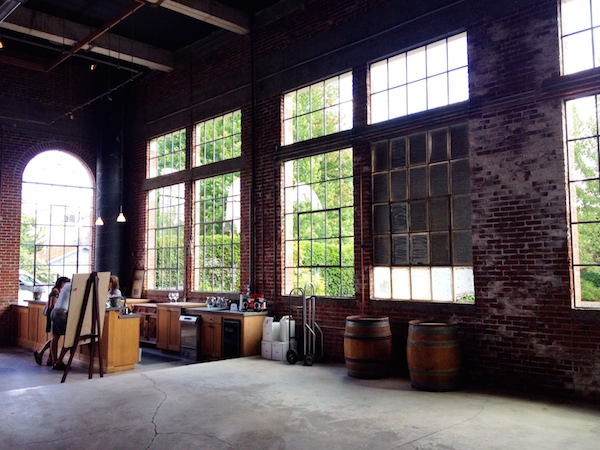 Elizabeth Chambers has remodeled the 1926 City Power Plant building in McMinnville, Ore, transforming it into her eponymous winery after she and her family sold Panther Creek Cellars last year. (Photo courtesy of Elizabeth Chambers Cellar)

She struggled to juggle the myriad responsibilities and soon came to loathe her appointment.

“I hated the wine industry after my first year in it, and I realized I had no idea what I was doing,” Chambers said. “I was thrown into the water without any lessons, so it was learn as you go — and cash flow is a very difficult piece of the puzzle. It took me about five years to realize that I loved the wine business and was in it to stay.”

Early on, Chambers appreciated the role of prime vineyards, which is even more critical at Elizabeth Chambers Cellar because of the laser-focus on Pinot Noir from the Willamette Valley. Her lineup includes vineyard designates from Freedom Hill, Lazy River and Shea. The label, which pays tribute to her late mother with a blue butterfly, debuts with the 2011 vintage. She’s already earned acclaim with the 2011 Winemaker’s Cuvee.

Stevenson’s association with Panther Creek began in 1994 when he followed in the footsteps of founding winemaker Ken Wright and then Mark Vlossak. Valot will take an active role in both wineries, Chambers said.

“Juan Pablo is the associate winemaker at ECC and the winemaker at Silvan Ridge,” she said. “I count on him to assist Michael in keeping the wines at the best possible quality levels possible. I consider my employees a part of my family, and I am so fortunate to have the long-term employees that I have.” 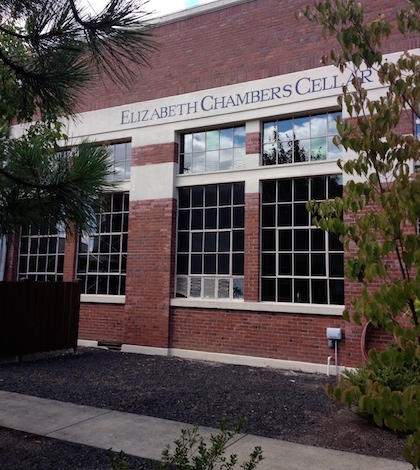 Elizabeth Chambers has remodeled the 1926 City Power Plant building in McMinnville, Ore, transforming it into her eponymous winery after she and her family sold Panther Creek Cellars last year. (Photo courtesy of Elizabeth Chambers Cellar)

This year marks the 35th anniversary of Silvan Ridge, which began as Hinman Vineyards and was rebranded as tribute to Carolyn Chambers’ maiden name of Silva. Its annual production of 25,000 cases features 12 wines, including three styles of Pinot Noir, Cabernet Sauvignon, Syrah and its ever-popular Semi-Sparkling Muscat.

“I hope to see Silvan Ridge grow in size and reputation,” Chambers said. “The most important thing to me for each winery is the quality of wine we produce. It’s important to me to be proud to call it mine and serve it to guests with pride. My oldest daughter, Julia is married and came to work for me after she graduated from college in 2013 with a degree in business. She has jumped in with both feet, and I love having her work with me on a daily basis! My daughter Olivia is 14, and at this point I have no idea what she’ll decide to do.”

The Chambers family has a history of community involvement, and the total donations by Chambers Family Foundation in its 14-year history topped the $10 million mark last year. Liz Chambers embraced the opportunity to personalize McMinnville’s City Power Plant, circa 1927.

“The feature of the renovation that I’m most proud of is being able to restore a beautiful historic building to its original glory,” she said. “We exposed the brick, opened up all the windows and let the light back into the building. Now our guests can enjoy the beautiful garden outside the tasting room that before was a hidden treasure.”

Chambers will continue to live in Eugene, where she’s an avid supporter of her University of Oregon sports — not Oregon State.

Visitors to her new winery can count on seeing Chambers — and her faithful dog, Fresca — at least one day a week.

“Fresca is my closest friend!” she said. “She is my running buddy every morning for a 5K — rain or shine. She keeps me company in my office all day long and walks with me every evening. She is always happy to see me and never complains.”