Alaska Airlines teams up with Precept for high-flying wines 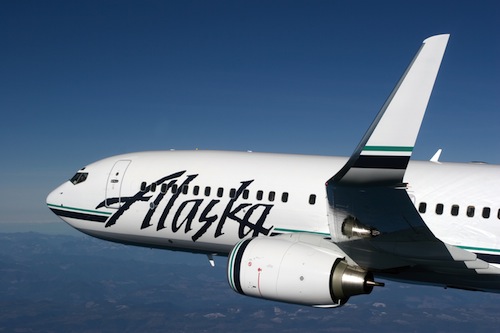 Alaska Airlines and Precept Wine – both Seattle-based companies – teamed up to solve the problem of wines not tasting their best in-flight. (Photo courtesy of Alaska Airlines)

SEATTLE — If you think wine doesn’t taste good in airplanes, it isn’t your imagination. And one Washington winery has set out to do something about it.

“Research has shown that at 35,000 feet, your senses are kind of dulled,” said Lisa Luchau, director of on-board food and beverage at Alaska Airlines, based in Seattle. “Our chefs have realized they need to play to all five senses. It’s not just about additional salt. It’s about adding additional aromas, flavors and colors. We thought we would try this with wines, as well.”

So last year, Luchau approached Precept Wine in Seattle, which already had a relationship with the airline when it began using Waterbrook Winery’s offerings in economy class.

Hal Landvoigt, director of winemaking for Washington’s second-largest wine producer, thought it would be a great challenge and began developing two wines under the Canoe Ridge Vineyard label that would smell and taste better at 35,000 feet.

“I had read an article about chefs for high-end airlines talking about how they make the right food to survive the travel but also have to adjust the food to taste better on the plane in a pressurized environment,” Landvoigt said. “That started the wheels turning.”

Why wine doesn’t taste as good at high elevations 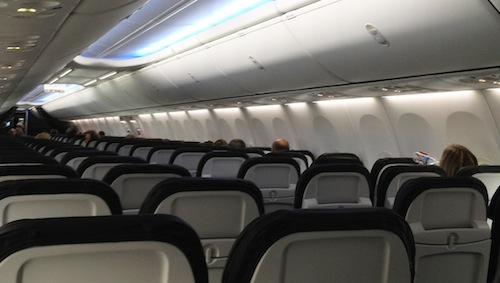 Inside an airplane cabin, food and wine don’t taste as good. Alaska Airlines and Precept Wine in Seattle set out to fix that. (Photo courtesy of Alaska Airlines)

According to scientists, one reason that wine and food don’t taste as good in airplane cabins is that dry air can dehydrate olfactory receptors. So if you can’t smell something as easily, then you can’t taste as much, either.

Landvoigt, who flies often, normally drinks beer when he’s in an airplane, but he switched to wine to try to solve this particular puzzle. He reasoned that he would need to boost tannins and oak profile of a red wine to increase aromatics. And he decided to add some residual sugar to a white wine to bevel the edges on acidity and make it a little more enjoyable in-flight.

Landvoigt’s residual sugar adjustments were small, moving from 0.2 to 0.6, a level that is barely perceptible even by the most refined palate at sea level.

“It’s not just a fruit boost,” he said. “It’s a change in aromatics and viscosity.”

He produced multiple versions of Pinot Gris and Merlot to test his theories. He ended up adding some Syrah to the Merlot to give it a boost in flavor.

The most difficult part, he found out, was tasting the wines just prior to takeoff. To see how his new wines were performing, Landvoigt wanted to taste the wines three different times: just before getting on the plane, just before takeoff and mid-flight. But airport security rules don’t allow much liquid to be taken through security. He took small amounts of his wines to the gate – and the rest of the wines already were on board, courtesy of Alaska Airlines. 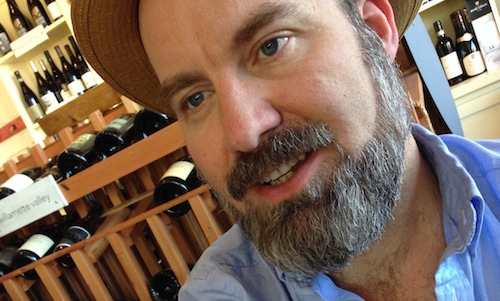 Hal Landvoigt is the director of winemaking for Precept Wine in Seattle. He worked with Alaska Airlines to produce a wine that tastes better at 35,000 feet. (Photo by Andy Perdue/Great Northwest Wine)

As it turns out, Landvoigt’s hypotheses were largely correct, at least to his palate. To further put this to the test, he decided to conduct a blind tasting on a flight between Seattle and San Francisco. He had four wines – two reds and two whites – brought aboard, then he asked everyone on board to take part in the tasting to see which versions they liked.

“We had 85 people participate on each flight,” he said. “It was very rewarding to see that what I had done was what people gravitated toward. I had people who used up the whole front of the page writing notes about fruit, structure, etc.

“I guess if you’re on a plane and have nothing else to do …” he added with a laugh.

Luchau said the Alaska Airlines patrons who participated in the tastings loved it.

“It was really a unique opportunity to let the customers know we were going in that direction,” she said.

He also worked with the lead flight attendants on the flights, who are looking for the best-quality wines at a value price point.

Landvoigt said he hadn’t heard of anyone trying this before, though he figures someone has.

“We’ve all had terrible wine on airplanes before,” he said. “It’s nice to have something you actually want to drink.”

The wines were introduced in February, with Alaska Airlines telling the story on a menu card available to each customer. It also held tastings for its VIP club members.

“We got some fabulous feedback from customers,” Luchau said. “It’s been fun, and our customers appreciate it.”

Alaska is one of the few airlines to offer wine by the glass in economy, as most airlines prefer to sell plastic 187 ml bottles.

“For us, it was important to have a local winery to work with,” Luchau said. “There is a limited supply of wineries offering 187 ml bottles, and they weren’t the quality we were looking for. Once we started working with Precept, it was a big hit with our customers.”

And those consumers go through a lot of wine, with Alaska Air pouring the equivalent of about 3,000 cases of wine per month.

“We’re pretty proud of Washington wines, and we want to highlight them across the United States,” Luchau said. “It’s exciting to provide this on board.”