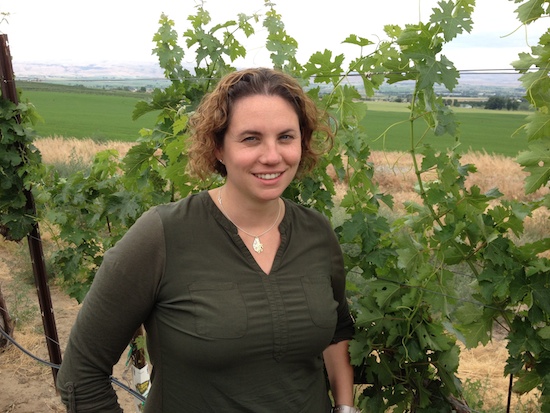 BOISE, Idaho — Idaho winemaker Kathryn House, who locked up one of Snake River Valley’s top vineyards and moved into a production facility, has announced she won’t be starting her own winery in 2014.

“After much hard thought, soul searching and financial planning, we have decided to forgo our Sequence Winery project for the time being,” House told Great Northwest Wine. 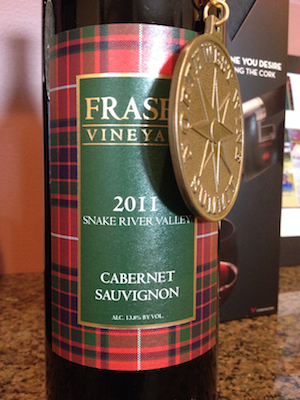 Fraser Vineyard was first planted in 2003, and the wines from the 2,700-feet elevation site in the Snake River Valley helped it to earn Wine Press Northwest’s Idaho Winery of Year in 2011. (Photo by Eric Degerman/Great Northwest Wine)

Her young son suffered a fractured foot while playing, which, while not serious, created some second thoughts about spending more time away from her family. Then came one last hard look at the business model and the numbers with her husband, Dan, and a trusted financial adviser — her father.

“It’s disappointing because I won’t be true to my word,” House said. “However, we’re happy to support our fellow winemakers in the local Northwest industry as they chase that same dream.”

That means the Washington State University grad plans to continue to operate House of Wine, although she still will move from the 44th Street Wineries building in Garden City to the University of Idaho’s Agri-Business Incubator in Caldwell, which is where she hopes one day to make the wines for Sequence.

“The demands of running our current business while having two small, albeit great, children and trying to start a very demanding winery business was just too much for us at the moment,” she said. “Having our own small winery has been a dream of mine since starting in wine over a decade ago, but it’s one that we must wait on a bit longer.”

House said she maintains her five-year lease with Fraser Vineyards, a 4-acre site that began producing some of Idaho’s best Cabernet Sauvignon soon after it was planted in 2003. She views her role as “a steward of the property” for vineyard owner Bev Fraser, and House will decide which wineries will buy Fraser’s Cab, Merlot and Petit Verdot grapes.

“I’m going to be making some winemakers happy by not using that fruit,” House said with a chuckle.

In 2010, House left her position as an assistant winemaker at Betz Family Winery in Woodinville, Wash., and moved to Boise to start a family. A year later, she purchased a wine testing laboratory from Shauna Shaltry called Wine Wise, rebranded it as House of Wine and began consulting for winemakers and staging wine appreciation seminars for consumers.

Then in the spring of 2013, she started working closely with Bev Fraser, who took over both the Fraser Vineyard winery and vines as a result of her divorce from founding winemaker Bill Fraser. The thought of using those prized grapes led House down a path she stopped walking last week.

“I’m a good educator, a good winemaker and — I hope — a good mother and wife, but I also was worried that I can only be good at so many things,” she said.