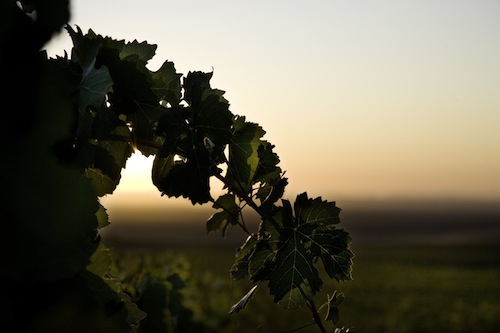 Wine lovers with Internet access (that’s you) will have the opportunity to guide Columbia Crest’s winemaking team through the process of crowdsourcing a 2014 Cabernet Sauvignon. (Photo courtesy of Columbia Crest)

PATERSON, Wash. – If you ever wanted to make wine but couldn’t afford it or didn’t want to get your hands dirty, here’s your opportunity.

Columbia Crest, one of Washington’s largest and most recognized wineries, is going to crowdsource a Cabernet Sauvignon during the next 18 months. 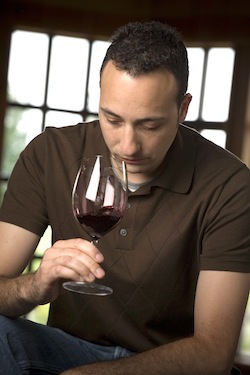 Juan Muñoz-Oca is the head winemaker for Columbia Crest in Paterson, Wash. He and his winemaking team will follow the decisions of Internet winemakers to produce a 2014 Cabernet Sauvignon. (Photo courtesy of Columbia Crest)

“We are asking our fans every question we face on a weekly basis,” said Juan Muñoz-Oca, head winemaker for Columbia Crest. “We want to engage our friends and family by asking out loud the questions we ask.”

The winery in the southern Horse Heaven Hills has set aside an acre of Cabernet Sauvignon that normally is used to produce its award-winning Reserve Cab and – through a special website – will get the public involved.

“We’re going to do what the crowd says,” Muñoz-Oca told Great Northwest Wine. “We are hoping to get people engaged and excited about it.”

On a special website – http://www.crowdsourcedcabernet.com/ – anyone can check out the block of grapes via three live webcams. One shows the vineyard, one shows a row, and one shows some ripening grapes.

The first question being asked is should the winery thin the grapes as color begins to appear. If the crowd answers “Yes,” then the vineyard staff will do it. If not, then it won’t.

Muñoz-Oca and his team will provide information and education about each process with the goal of guiding fans toward the right answers.

“If we feel the crowd is making the wrong decision, we can try to persuade them with some reasons why we would like to see it go one way or another,” Muñoz-Oca said. “But ultimately, if the crowd decides to pick (for example), then we’ll pick. We’re hoping the crowd will have some knowledge. We hope everyone collectively will make the right decisions.”

The process for the 2014 Crowdsourced Cabernet will take about 18 months. Muñoz-Oca isn’t sure if it will start over for a 2015 crowdsourced wine. That’s a decision that will be made over the winter, before the 2015 growing season begins.

Ultimately, about 1,000 cases of Crowdsourced Cabernet will be made. The wine’s collective of virtual winemakers will get first crack at purchasing the wines, followed by the Columbia Crest wine club. Any wine that is left after that will be for sale in the winery’s retail shop.

Columbia Crest’s Reserve Cabernet Sauvignon tends to garner high scores from critics – the 2005 vintage was ranked No. 1 wine in the world in 2009 by Wine Spectator magazine. The Crowdsourced Cabernet also will go out for review, says Muñoz-Oca.

Either way, Muñoz-Oca doesn’t fear his job will ever be replaced by a crowdsourcing public.

After all, someone has to do the dirty work.