Red Mountain wine grapes are among the most expensive and sought-after in Washington. (Photo by Andy Perdue/Great Northwest Wine)

BENTON CITY, Wash. — Washington’s smallest wine-growing region has plenty to celebrate. And that’s exactly what it plans to do next month.

Red Mountain will put on its third annual Block Party on Sept. 27, an event that is developing into the best harvest event in the Pacific Northwest.

This year’s event will be capped at 350 tickets – it sold out the first two years, and organizers want it to remain intimate. Tickets run $65 for the day-long event, which provides access to winemakers, grape growers and many of the wines produced on Red Mountain.

On Sept. 26, a series of winemaker dinners will take place on and around Red Mountain. Block Party ticket holders will have first access to these dinners, which cost $125 each.

This will be the last year the event will be called the Block Party, said Heather Unwin, executive director of the Red Mountain AVA Alliance. Beginning in 2015, it will become Red Mountain Rendezvous.

“We wanted to better reflect the experience of this event, as a more intimate opportunity to come together and share what makes Red Mountain so special,” she said. 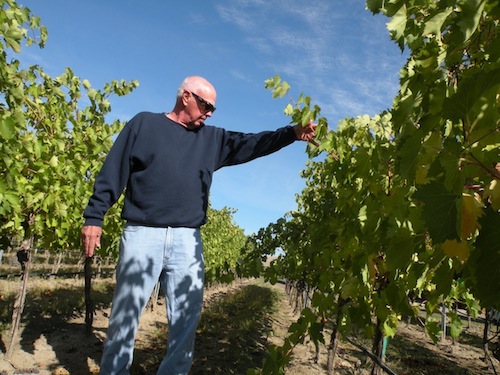 At 4,040 acres, the Red Mountain American Viticultural Area is the smallest region in Washington (and second smallest in the Northwest after Oregon’s Ribbon Ridge).

It was first planted in 1975, when Jim Holmes and John Williams dug a well and put grapes in the ground. The two knew little about grape growing or winemaking when they bought the land in 1972 for $200 per acre, but they had a feeling this ridge in the eastern Yakima Valley was special after reading a report written by Walter Clore, a respected researcher for Washington State University.

“My God, we can grow grapes here,” Holmes said. “Let’s grow some grapes!”

So they planted what now is known as Kiona Vineyards. By 1980, they started a winery by the same name.

At the same time they planted Kiona, the two put together a group of investors to plant another vineyard, which they called Ciel du Cheval. Among those investors were David and Patricia Gelles, who went on to plant famed Klipsun Vineyards in 1984.

By 1991, Holmes and Williams bought out the Ciel du Cheval partners, and in 1994, they split their businesses, with Williams taking Kiona and Holmes keeping Ciel du Cheval.

In 2001, the federal government recognized Red Mountain as an American Viticultural Area, making it the state’s fifth official AVA. By that point, several vineyards had been planted, but more was to come.

Red Mountain has some of the most-sought-after land in Washington. Wineries such as Fidelitas, Corliss, Quilceda Creek, DeLille, Efeste, Corvus, Hightower, Hedges and Obelisco have located wineries or vineyards (or both, in some cases) on Red Mountain. In 2006, Ste. Michelle Wine Estates and Italy’s Marchesi Antinori opened Col Solare high on the slopes of the hill. The winery and surrounding vineyards quickly became known as the crown jewel of Red Mountain.

Undeveloped vineyard land with no water rights was going for a reported $30,000 per acre, and at least one established vineyard was sold for $70,000 per acre – by far the most expensive land on the mountain.

What was hailed as the last great land grab on Red Mountain took place Nov. 23, 2013, when winery and vineyard representatives from up and down the West Coast gathered in a Pasco, Wash., auction house to bid on more than 30 plots of land equaling 670 acres in and near Red Mountain.

After several hours of wrangling, a surprise winner came out with all the land: the Aquillini family of Vancouver, British Columbia. The Aquillinis not only have dairies and blueberry and cranberry operations in British Columbia and Washington, but they also own the Vancouver Canucks, a successful National Hockey League club, and the arena they play in.

One of those aced out during the auction was Napa Valley’s Duckhorn Vineyards, which had announced earlier in the year that it was creating a Washington winery – called Canvasback – using Red Mountain grapes. The initial release, a $40 Cabernet Sauvignon from the 2012 vintage, will be available in September.

Undeterred, Duckhorn announced in December that it had acquired a 20-acre parcel high on Red Mountain, across the road from Col Solare, and it hired famed Yakima Valley grape grower Dick Boushey to plant and manage it. Some 18.5 acres of Cabernet Sauvignon and Merlot were planted in June.

One of the keys to Red Mountain’s recent success has been new access to water, something many didn’t have for more than 25 years. But the Kennewick Irrigation District figured out a way to bring Yakima Valley water to Red Mountain, a project that is in the final stages of construction. 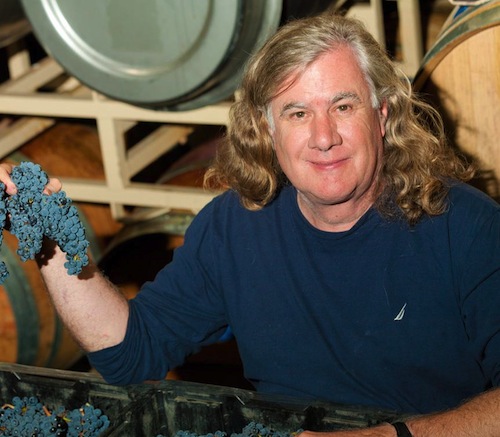 Chris Upchurch is the longtime winemaker for DeLille Cellars in Woodinville, Wash. He also owns a small vineyard on Red Mountain.

All of this leads up to the Block Party, which has quickly become a hit with wine lovers. Not only do they come from the nearby Tri-Cities and Yakima, but also from elsewhere in the Pacific Northwest, as well as around the country, including the South and the East Coast.

Duckhorn, which is making its Canvasback wines in Walla Walla, will be a new participant at this year’s Block Party, along with Upchurch Vineyard (owned by DeLille Cellars winemaker/partner Chris Upchurch), which has built a winery on its Boushey-managed vineyard on the southern end of the AVA.

Other new participants will include Force Majeure, Henry Earl Estates and Auclair Winery. Also participating will be: