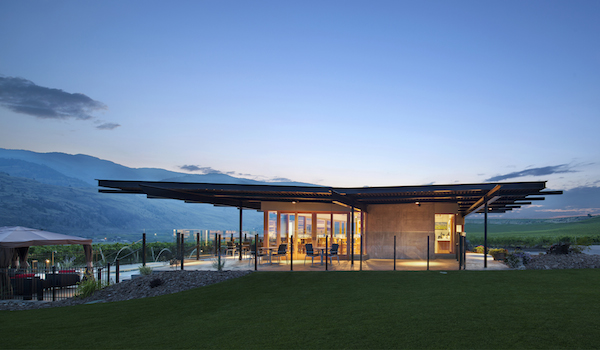 OLIVER, British Columbia — Black Hills Estate Winery was the first in Canada to produce Carménère, and it was on the cutting edge by sinking a swimming pool in the middle of its vineyard.

Next Saturday, Aug. 16, it stages what is billed as the world’s first performance of synchronized swimming at a winery when water ballet company The Aqualillies dives into the Okanagan Valley’s acclaimed Black Sage Bench.

“The Aqualillies have performed in videos for Justin Bieber and Justin Timberlake as well as at leading edge entertainment and corporate events around the world”, Glenn Fawcett, president of Black Hills, said in a news release. “Now for the first time ever, they will be performing at a winery. They will bring a glamorous and visually attractive element to our first-ever Midsummer Night’s Dream party. This evening will be a very lively and fun party for those who love great wine, delicious food, wonderful music and an upbeat party vibe.”

Graham Pierce’s wines require little promotion, and his blend of Cabernet Sauvignon, Merlot and Cabernet Franc called Nota Bene ranks as one of Canada’s cult wines since its debut vintage in 1999. In fact, Black Hills recently offered a buy-back/reimbursement program to its wine club members as the winery sought to replenish its early vintages of Nota Bene, which has been made from the 40-acre estate vineyard.

But Black Hills, founded in 1996, never has lacked stage presence since actor Jason Priestley joined Fawcett’s ownership group and purchased the winery in 2007 from Peter and Susan McCarrell and founding winemaker Senka Tennant.

A year later, the new owners invested in a stay-of-the-art and acclaimed crush pad. In 2012, they spent $1 million to turn their guest cottage, complete with in-ground swimming pool, into the Wine Experience Centre.

It’s come a long ways from its opening in 1999 and the days when the wines were poured inside a Quonset hunt — when Washington state winemaker Rusty Figgins served as consultant.

A ticket to the inaugural Midsummer Night’s Dream party cost $98. Food will be barbecue catered by Bogner’s Restaurant in Penticton, and DJ Captain K Belgium. The wines being poured by Black Hills will include the 2012 Nota Bene. Wine education will be offered by Michael Biggatini. Guests also will be provided shuttles to major hotels in nearby Osoyoos — which shares a lake with Oroville, Wash.