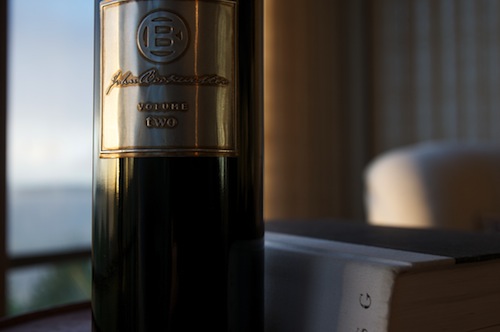 Under the direction of second-generation winemaker John Bookwalter, J. Bookwater Winery has been transformed into a top destination winery in Washington. (Photo courtesy of J. Bookwalter)

Editor’s note: This is the 11th in an occasional series on destination wineries of the Pacific Northwest.

RICHLAND, Wash. – The Bookwalter saga started 20 years before one of Washington’s top destination wineries ever started.

Patriarch Jerry Bookwalter attended the University of California-Davis in 1963, long before it was trendy to do so. His studies were in agricultural economics and pomology, and he moved to San Jose to put his degree to work, later managing large corporate farms in the San Joaquin Valley.

In the mid-1970s, he was lured to Washington, so Jerry and his wife, Jean, packed up the kids and moved from California’s Central Valley to the Columbia Valley. From 1976 to 1982, Jerry managed Sagemoor Farms, a group of three vineyards along the Columbia River that included Sagemoor, Bacchus and Dionysus. This was a big planting – the largest in Washington during its early days.

In 1982, Jerry started his own ag management company, and a year later, he created Bookwalter Winery, producing Riesling, Chenin Blanc and Chardonnay that first year and Cabernet Sauvignon and Merlot in 1984. Jerry took care of the farming, and Jean handled the business.

Their son, John, had moved away to find his own life, which included working at such companies as E&J Gallo, Coors Brewing and Winterbrook Beverage Group. But in 1997, the young Bookwalter moved back to Eastern Washington and began taking over the family operation.

John Bookwalter is the owner and winemaker at J. Bookwalter, which has tasting rooms in Richland and Woodinville, Wash. (Photo by Andy Perdue/Great Northwest Wine)

A trip to South Africa changed everything for John, and he began to remake his parents’ winery to be completely different than what has been the norm in the American wine industry. Instead of a typical tasting room experience, John put in artwork, overstuffed chairs and music. He began to serve food. He wanted patrons to slow down and taste and enjoy his wine in a more relaxed atmosphere.

He also wanted to upgrade his winemaking experience. So he first hired Zelma Long, a famous Napa Valley winemaker who also worked as a consultant and grew up in the Pacific Northwest. She signed on with Bookwalter and would make the trek north about once a quarter to walk vineyards, taste wines and talk about every aspect of the business. She worked with John from 2000 to 2008, a time when Bookwalter’s wines saw a huge jump in quality

In 2009, John brought on Claude Gros, a renowned consulting winemaker from France who continues to help John shape his winemaking style.

This year, John brought in Caleb Foster, who made his name running Buty Winery in Walla Walla. Together, the two will continue to raise the bar for Bookwalter Wines.

In the meantime, the winery’s small plates of cheese and charcuterie ultimately evolved into a full-fledged kitchen with a chef. Bookwalter has been a trendsetter in his neighborhood, as it is one of three wineries all next to each other with full-service restaurants (the others being Tagaris and Barnard Griffin).

Additionally, John opened his J. Bookwalter Tasting Studio in Woodinville, being one of the first winery owners to take advantage of a law that allows wineries to open up to two satellite tasting rooms. He did this to increase his presence in the greater Seattle area and reach not only existing customers but also gain new ones. The Tasting Studio, just up the street from Chateau Ste. Michelle, has become an important component to his business.

Putting the ‘Book’ in Bookwalter 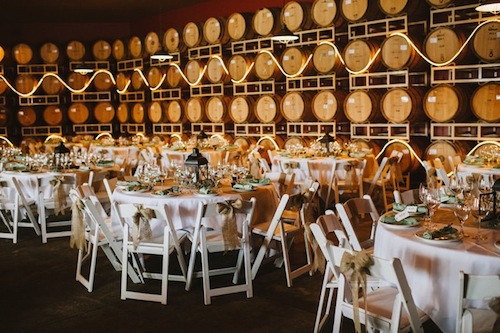 What seemed like a natural through the years became part of John’s marketing strategy – by taking his name and adding literary terms to the business. So his wine club is actually the “Book Club.” He has wines called Anecdote, Foreshadow, Protagonist and Chapter Two. Jordan Chaney, a local spoken-word poet, even penned a poem for him called “Conflict.”

He’s also used this connection to help like-minded non-profits, including the King County Library Foundation and the Children’s Reading Foundation of the Mid-Columbia. He has served several organizations, including the Tri-Cities Visitor & Convention Bureau as well as the Washington State Wine Commission. And he’s helped other wineries.

The awards have come fast and furious. Along with critical acclaim for his wines, John also has been awarded Tasting Room of the Year by Sunset magazine.

John purchased the business from his parents in 2008, though they remain a close-knit team. And Jerry still manages vineyards in the Columbia Valley, including Conner-Lee Vineyard. 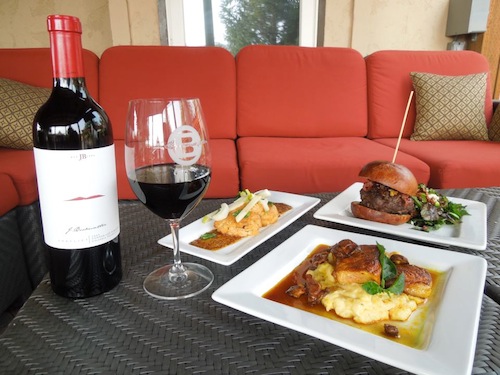 Food has been a focus at Bookwalter Winery for several years and now has evolved into a full-blown restaurant. (Photo courtesy of Bookwalter)