HillCrest Vineyard was founded in 1961 by Richard Sommer, who is credited as the first to plant Pinot Noir in Oregon. Dyson DeMara, a former winemaker at Pine Ridge and Mondavi, purchased HillCrest from Sommer in 2003. (Photo courtesy of HillCrest Vineyard)

ROSEBURG, Ore. — Umpqua Valley winemaker Dyson DeMara operates Oregon’s oldest estate winery, but his HillCrest Vineyard will be the neophyte next week in Austria when he pours as the only North American invitee to the 900th birthday party for Stift Klosterneuburg Winery.

“It’s a one-day event, and they are using wineries from around the world to help celebrate,” DeMara told Great Northwest Wine. “We will be the only winery from the U.S. So for the Umpqua Valley, that’s pretty cool.”

Officially, it’s the 900 Jahre Weingut Stift Klosterneuburg, and the Aug. 30 international trade tasting will be staged on the legendary monastery grounds overlooking the Danube River near Vienna. And Oregon wine will be served.

“The tasting event is really geared for the international press, and there’s supposed to be a bit of Asian press there, too,” DeMara said. “This will be the first time for some of them to learn about the Umpqua Valley. So many only know Oregon for Oregon Pinot Noir and not even Willamette Valley Pinot Noir. We’ll be happy to take that kind of publicity on behalf of the Umpqua Valley and Oregon wine.”

HillCrest was one of 14 wineries invited to pour at the “master class” tasting and gala dinner for international wine writers, and it’s rather heady company. 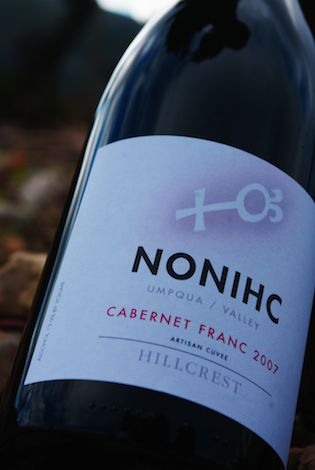 Oregon wines will be showcased near Vienna

DeMara, 50, knew of the nearby Klosterneuburg Viticulture Institute, the world’s first winemaking and grape-growing college, however he’s been fascinated to learn more about the winery at Klosterneuberg Monastery. It was established in 1114 by Leopold the Good, who was canonized in 1485 as Saint Leopold III and made the patron saint of Austria.

“I don’t know a lot of about some of these wineries that will be there, but I know their caliber,” he said. “Fonseca is a great Port house, and Donnafugata is another marquee winery.”

Gosset dates back to 1584 as the world’s oldest Champagne producer. Fonseca got its start with table wines in 1834. Ricasoli, the largest winery in Chianti Classico, gets credit for creating the Chianti style. Marques de Riscal began in 1858 and was the first in the Rioja to embrace Bordeaux winemaking methods.

Johannisberg’s legacy in the Rheingau would seem to run as deep as that of Klosterneuberg and far more famous as a result of its centuries of work with Riesling — including the first to embrace the late harvest or Spätlese style. Nothing but Riesling has been grown on the estate for more than 300 years.

History at HillCrest Vineyard is considerably more modest in global terms, but it is hallowed ground in the Oregon wine industry. It was founded in 1961 by Richard Sommer, a University of California-Davis grad credited as the first to plant Pinot Noir in Oregon.

In 1967, he released the state’s first bottling of Pinot Noir. DeMara purchased HillCrest from Sommer in 2003, who died six years later. In 2011, DeMara championed efforts by researchers and pushed the state Legislature to formally recognize Sommer as Oregon’s original trailblazer for Pinot Noir. That resolution ended decades of debate. 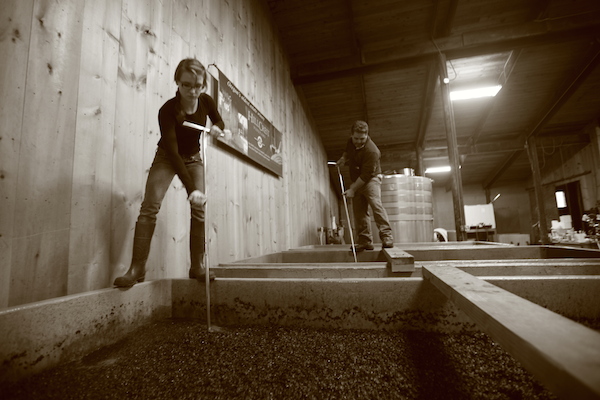 DeMara himself has worked for two of America’s most famous wineries. His 30 years of winemaking includes learning from the late Gary Andrus at Pine Ridge Vineyards — Andrus later founded Archery Summit in Oregon. DeMara also worked at renowned Robert Mondavi Winery. His 11 years with Mondavi led him to work in viticulture, research and marketing in Asia, Europe and South America.

In addition to taking in some history along the Danube, DeMara seems ready to share the story of the Umpqua Valley with the 200 writers and trade expected at Stift Klosterneuburg.

“It’s supposed to primarily be a big deal in Europe, but I’ve even got a call from The New York Times about this,” he said. “People think it’s a crazy, cool and beyond the normal thing, but it’s more of an honorary tasting,”

His annual production for HillCrest Vineyard is about 1,400 cases, and the wines making the trip to Austria are the foot-pressed 2006 SanRoc Syrah, 2007 NONIHC Cabernet Franc — the reverse spelling of Chinon — and 2008 Massimo Cabernet Sauvignon. All are fermented in concrete tanks, which DeMara began using in 2005, and aged in barrel as many as five years.

Stift Klosterneuburg Winery’s celebratory wine — 900 Jahre — is a single-vineyard blend of St. Laurent, Zweigelt and Merlot from the 2011 vintage. The monastery also controls 108 hectares (267 acres) of vineyard and claims to be Austria’s first carbon-neutral winery, complete with a four-level cellar that stretches 118 feet below the monastery.

“I’ve met folks from there three different times in Napa when working for Mondavi,” DeMara said. “I only knew about the school. One thing they were famous for was they taught no ML (malolactic fermentation), which is kind of unheard of, but the Austrian palate is definitely a high-acid palate, and for a 100 years they taught that way. I used to make a Zin that was kind of that way, and I do quite a few reds with partial ML. It has a very different taste profile than tartaric acid.”

According to the monastery’s timeline, Klostereneuburg Monastery made a donation in 1860 of St. Laurent grapes to the new nearby college to further research of the new variety. And St. Laurent continues to be the featured grape at the monastery. The nearby orchard, which the monastery established in 1402, features two varieties of apples famous in the Pacific Northwest — Golden Delicious and Granny Smith. 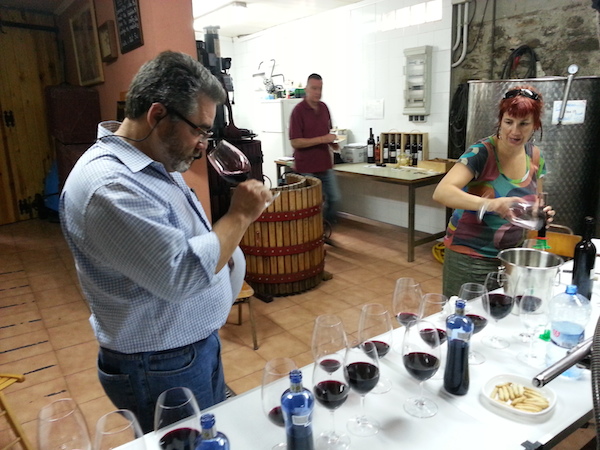 DeMara received his invitation to Klostereneuburg in May 23 and began planning his trip a month later, but few winemakers in the U.S. make wine in as many European countries. His efforts there began more than 20 years ago, and he continues to produce wine in Germany, France and Spain, shipping them back to Roseburg for his wine club. (Those small lots are separate from Paul O’Brien Winery, which he launched last year in downtown Roseburg with Scott Kelley, a longtime pal and former Mondavi winemaker.)

In Priorat, he works with Carignan and Garnacha. He travels to the Mosel for Riesling — “my favorite grape in the world,” he said.

“I’ll hit on those (projects) on the front and back part of this trip and see a friend of mine in Austria in Burgenland,” said DeMara, who travels to the Old World three or four times a year, flying about 100,000 miles in the process.

“I used to travel 80 percent of the time when I worked for Mondavi,” he said.

This year, he celebrates a golden anniversary at HillCrest. While disease prompted DeMara and his wife, Susan, to rip out many of vines Sommer first planted in 1961 at the former chicken egg farm, some of the survivors include Cabernet Sauvignon from 1964 — the first Cab planted in Oregon. That fruit goes into his Massimo, which is aged in barrel for four years.

By the time DeMara returns to home, harvest will be right around the corner for him, Kelley and their custom-crush clients.

Until then, he looks forward to biting into some weisswurst, and he may even pick himself up a leather trachten mode coat.

“It’s Bavarian formal wear, and 20 years ago, only the old timers wore it,” DeMara chuckled. “But it’s making a comeback.”