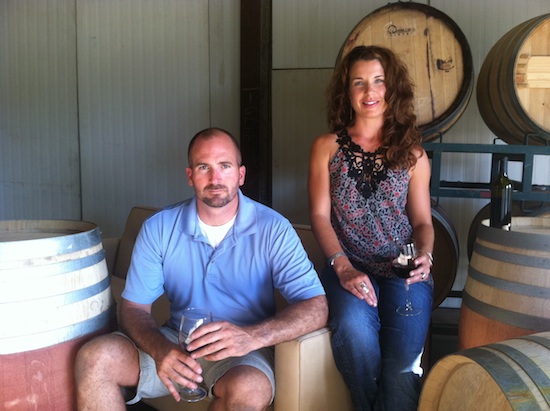 GARDEN CITY, Idaho – Earl Sullivan is a winery owner with feet in two states, all because he simply wants to make the best wine possible.

Sullivan, who owns Telaya Wine Co. with his wife, Carrie, is based in the Boise area community of Garden City, but many of his early wines used grapes from Washington and carried the Columbia Valley appellation on his label.

“We knew when we started the winery that we wanted to make only the highest-quality wines,” he told Great Northwest Wine.

We recently caught up with Sullivan when he was on a visit to Washington. Here’s the interview. 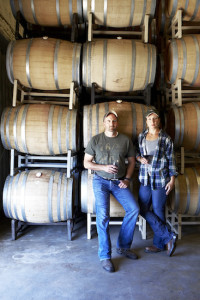 Sullivan grew up on a farm in Kentucky, so he has always had a connection with the land. When he and his wife decided to make a life change 13 years ago, they moved to the Boise area. It’s turned out to be one of their best decisions ever.

Enamored with the region’s burgeoning wine industry, they launched Telaya with the 2008 vintage. The winery’s name comes from a combination of two words: Tetons and Playa (the Spanish word for “beach”), which combines two of their loves.

The Sullivans already were familiar with the Pacific Northwest – Earl visited Seattle many years ago for a science convention and fell in love with the region. So 22 years ago, he asked Carrie to marry him in Seattle.

“We got engaged right in front of the pig (in the Pike Place Market),” he said.

Their 2008 vintage was small – just 50 cases – using all Washington grapes while working with Charlie Hoppes, owner and winemaker for Fidelitas Wines on Red Mountain. Through the years, he has worked with two of the top grape growers in Washington: Dick Boushey of Boushey Vineyard and Paul Champoux of Champoux Vineyards.

Their decision to use Washington grapes was not only because of the quality of fruit they were able to obtain, but also because they purposely didn’t want to burden themselves with too much debt by purchasing a lot of winemaking equipment. 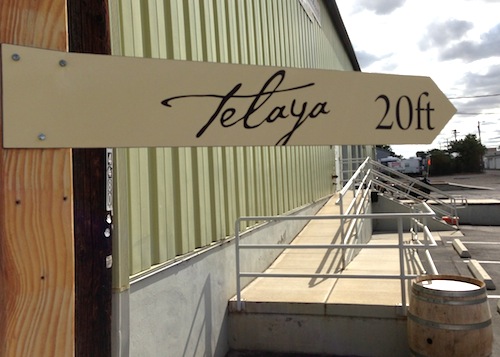 Through the years, the Sullivans have worked more Snake River Valley grapes into their production. Last year, about 80 percent of their grapes came from Idaho. This year, Sullivan expects that to tip back toward Washington again. As he grows his production to more than 2,000 cases, a scarcity of high-quality Idaho grapes will force his hand a bit.

While his Washington wines are made at Fidelitas’ production facility in Richland, Wash., Sullivan makes his Idaho wines at a cooperative in Garden City that includes Coiled Wines and Cinder Wines, two of the Gem State’s best producers. Sullivan collaborated with Kat House of House of Wine, who worked with him as a consulting winemaker as he learned the craft. Last year, he took over the winemaking, with House providing guidance.

“It’s a great relationship for us because it gives access as non-classically trained winemakers,” he said.

Having three wineries under one roof is an advantage to everyone, Sullivan said. He is able to rent winemaking equipment that would normally cost hundreds of thousands of dollars. And with three tasting rooms in one building in an urban setting, wine lovers don’t have to go far to find a diversity of high-quality wines.

“They can come in the door and try three different styles of wine and get that ah-ha moment that Idaho winemakers can make some really good wine,” he said. “It’s a really interesting environment.”

And the other winemakers in the winemaking facility make it as fascinating as it is diverse. Leslie Preston, owner of Coiled, worked for Robert Brittan at Stags’ Leap Winery in Napa Valley before moving back home to Idaho. Melanie Krause of Cinder graduated from Washington State University in Pullman and worked for Chateau Ste. Michelle before returning to Boise. And House also went to WSU, then worked for Pepper Bridge in Walla Walla and Betz Family Winery in Woodinville before coming home.

“All have moved back to Idaho for the quality of life,” Sullivan said.

Sullivan crafts several wines, including Viognier, Chardonnay, Syrah, Cabernet Sauvignon and Mourvèdre. His flagship wine is a Syrah-based red blend called Turas. His wines are distributed primarily in Idaho, but he has solid fan bases in Seattle, Spokane and Tri-Cities, and he plans to expand his distribution to those Washington markets in the near future.

Sullivan said this won’t be a permanent situation for Telaya, as he ultimately wants to have his own equipment and tasting room.