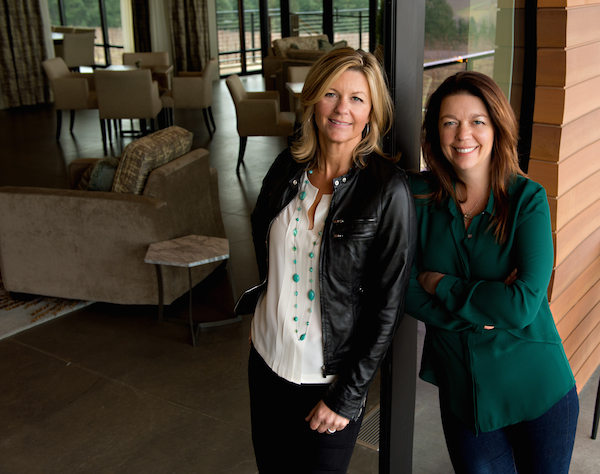 In 1993, Maria’s sister, Luisa Ponzi, took over the winemaking duties from their pioneering father.

The winery’s patriarch, Dick, who celebrated his 80th birthday this year, and wife Nancy moved from the Bay Area to create their winery in 1970 — just three years after Oregon’s first bottle of Pinot Noir was released.

Two years ago, Maria and Luisa became joint owners of the 45,000-case winery, making Ponzi Vineyards one of the few sister-operated wineries in the United States. Their brother, Michel, spent several years as director of operations before resigning and moving to Italy with his family.

“Growing up in the Oregon wine industry has instilled in me a drive to promote this unique region’s beautiful bounty,” Maria said in a news release. “We have something very special here. My intention is to maintain and mirror my parents founding principles, namely product integrity and sustainability. I have tremendous respect for what they have accomplished together.”

Maria has served as director of sales and marketing for Ponzi Vineyards since 1991, when the graduate of the University of Oregon journalism program returned home after three years of working in advertising for a Boston publishing house.

“I feel fortunate to have been nurtured by my family and embraced by the wine community,” she said. “This support has given me the ability and desire to take on the challenge of growing our brand and promoting the Oregon wine region in a highly competitive and global marketplace.”

Maria’s background at Ponzi Vineyards spans working in the vineyard, the cellar and the warehouse. Her duties now include marketing, domestic and export sales and overseeing three tasting rooms. For four years, she also handled the marketing for Oregon’s first craft brewery — BridgePort Brewing Co., which her parents established in 1984. The family sold the brewery in 1995.

She and her mother launched the Ponzi Wine Bar in 1998 and a year later, the adjacent Dundee Bistro, a joint operation that spotlighted wines throughout Oregon with a regional culinary program that set the standard for the Pacific Northwest wine industry.

Her civic responsibilities include serving on the board of directors for Travel Portland. Maria also spent a decade on the board of Oregon Travel Experience. Last year, she was president of Oregon Pinot Camp, and she’s been a longtime board member for the Oregon Wine Board and the Willamette Valley Wineries Association.

She also is an active board member of the Portland chapter of Court Appointed Special Advocates, which assists abused and neglected children living in foster care.