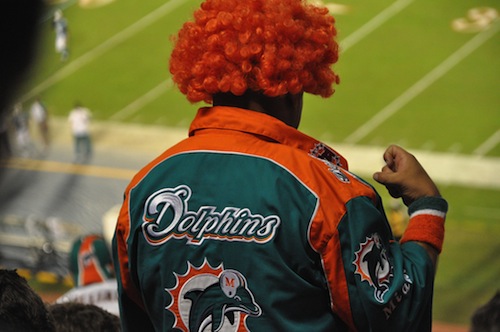 Miami Dolphins fans will get the opportunity to savor Washington state wines this season, with on winery spotlighted during each home game. (Photo via Flickr/click for credit)

MIAMI – Nine Washington wineries will be taking their talents to South Florida for the National Football League season.

The wineries will be part of the “Eat This. Drink That. Go.” radio and television show at Sun Life Stadium, home of the Miami Dolphins.

The wineries will pour their wines at each Dolphins home game. The show is stage by former Dolphins wide receiver Jimmy Cefalo.

“Cefalo’s Legends Suite is all about great food, great drink and great football,” said Brenda Bassett, president and co-owner of Cefalo’s International, which co-hosts and produces the show. “After former Dolphins quarterbacks Dan Marino and Damon Huard launched their new Washington winery – Passing Time – earlier this year, this seemed like a perfect opportunity to showcase Washington wines for our guests in the suite.”

The Dolphins do not face the world champion Seattle Seahawks this season.

50 wineries had chance to team up with Miami Dolphins 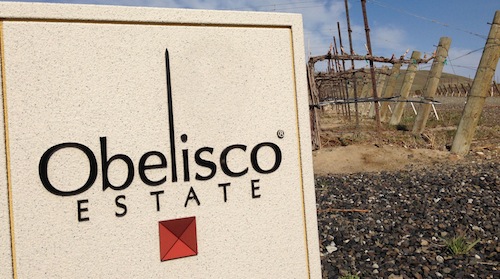 Obelisco Estate, which grows its grapes on Red Mountain and operates a tasting room in Woodinville, will be featured during a Miami Dolphins game this season. (Photo by Andy Perdue/Great Northwest Wine)

Bob Silver, owner of Silver Strategic Communications in Seattle, contacted about 50 Washington wineries to see who might be interested in serving their wines in South Florida.

“The response was incredible,” Silver said. “Within 24 hours, we had filled all nine available slots and had a number of wineries on a waiting list. Florida was a target market several years ago for Washington wine associations. Hopefully, this season-long promotion will help remind Florida consumers just how terrific Washington wines are.”

“This terrific lineup of wineries offers a great cross-section of Washington’s wine industry,” Silver said. “We have some excellent large producers, as well as smaller, 1,000-case wineries.”

In addition to the game-day promotion, the wines also will be promoted on the Dolphins’ website, which averages 200,000 visitors daily during the season.

“This promotion was a no-brainer for us, and we jumped at the chance to participate,” he said. “We’re looking forward to sharing our wines and talking about Washington state with people in Cefalo’s Legends Suite. They’re definitely in for a treat this season.”