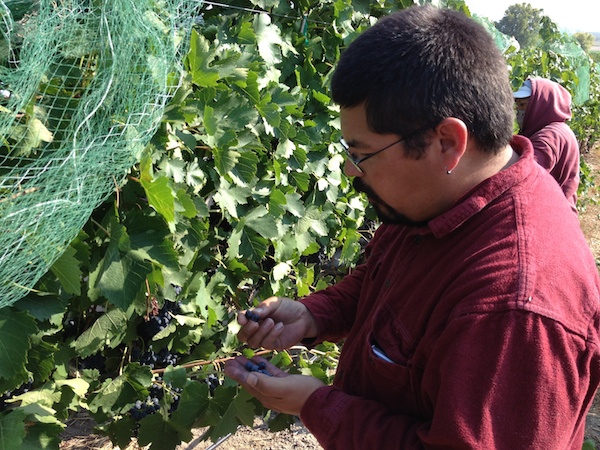 World-renowned climatologist Greg Jones suggests this first week of October as an ideal time for Pacific Northwest winemakers and growers to harvest what grapes they can.

The wine country professor at Southern Oregon University in Ashland issued his latest report during the weekend, noting the region will continue to feel warm and dry after last week’s rain.

“In summary, lingering effects of the last system will give way to seasonally mild conditions and a drying out,” Jones wrote, adding that conditions offer a “great chance to get the fruit in if you have not already.”

Award-winning producers of Pinot Noir in Oregon’s Willamette Valley reported last week that most of their fruit had been harvested — well-ahead of average.

Last week left approximately an inch of precipitation in Northwest wine country throughout much of the Willamette Valley and along the Cascades, particularly on Sept. 23-24. Spots along the Washington coast received more than 2 inches, with Washington State University’s weather station in Tokeland recording 2.3 inches on Tuesday alone, while the Puget Sound reported close to 3 inches by Friday.

“The first system of the fall was impressive for some with near-record or record rainfall amounts for Northern California, Southern Oregon into the Willamette Valley and along the Cascades,” Jones wrote.

Bins will be filling up this week 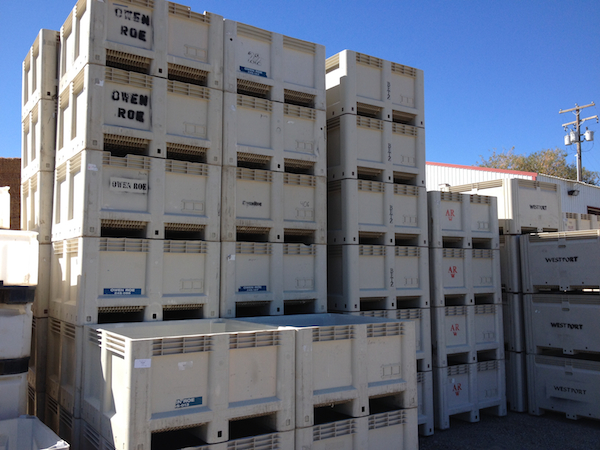 Harvest bins are stacked and ready to be filled at Red Willow Vineyard on the western edge of Washington’s Yakima Valley. (Photo by Eric Degerman/Great Northwest Wine)

A number of winemakers welcomed the opportunity to focus on their fermentations rather than bringing in more fruit, hoping flavors and ripeness will catch up with sugars.

According to Gerrit Hoogenboom, director and professor of agrometeorology at WSU, a number of records were set this summer in the Columbia Valley, with it being the hottest August for overall mean and mean low temperatures. The school’s weather station in Prosser saw July set the record for the hottest month ever.

“One must travel further back in time to the winter of 1998/1999 to find a season when the mean high temperature was so far above normal,” Hoogenboom wrote in a news release. “Placed in an even broader context, this summer follows the warmest spring in 20 years, which makes the 2014 growing season an unusually prolonged period of anomalous warmth.”

The growing-degree days index on AgWeatherNet backs that up. Through Saturday, Sept. 27, the Benton City station near Red Mountain recorded 3,290 GDD since April 1, which is well beyond the six-year average (2,777) and last year’s scorcher of 3,114.

This week, Jones projected that nighttime temperatures will fall into the low 40s for the first time since May, and while the Columbia Valley will see lows in the 30s, there doesn’t appear to be a need to turn on wind machines just yet.

“There are no frost advisories that I can find for the next week or so,” he wrote.

And those working with rain-sensitive varieties such as Pinot Noir should enjoy the upcoming week. In fact, the extended forecast for the Columbia Valley and the Willamette Valley calls for weekend temperatures around 80 degrees.

“From Wednesday to Saturday,” Jones wrote, “the models are pointing to a ridge setting in with warm and dry conditions for the West Coast. This will likely carry through to Oct. 6-7 when there is a chance for more unsettled and much cooler air to arrive.”