A recent look back at the 2003 Feather, Dunn’s original vintage for Shoup, should answer any questions that anyone else may have had about the winemaker who helped make Caymus Vineyards famous.

“With his academic credentials and his credentials of having been the one who created Caymus, he’s Mr. Cabernet,” Shoup said.

Dunn, 68, doesn’t come to the Pacific Northwest with the type of arrogance one may expect from one of Napa’s most heralded winemakers. During a recent library tasting at Long Shadows surrounded by Chihuly glass, he was rocking a simple plaid shirt, a pair of cargo shorts, white socks and New Balance tennis shoes. The look is worlds apart from the stylish Armin Diel from Germany or French globetrotter Michel Rolland, two of Shoup’s other acclaimed winemakers, but Dunn hasn’t changed much since he was invited to become a partner in the unique Walla Walla winery.

“Allen explained to me his vision of wanting to put Washington on the map, so to speak, because we all knew that Washington did not get the kind of public review that they should for their wines,” Dunn told Great Northwest Wine. “Allen’s approach was to bring in some international names, so I asked who he had on-board already.

“He told me, and it was a pretty good group,” Dunn said with chuckle. “I thought it would be fun to have that interaction with the people involved and see how they do things. And what the heck, I could fly my plane here in two hours. What an excuse to go fly!”

We chatted with Dunn after a Sept. 12 library tasting in Walla Walla. Here’s our interview:

A decade ago, the likes of the philosophic Warren Winiarski, founding winemaker of Stag’s Leap Wine Cellars, or Andy Erickson of Staglin and Screaming Eagle fame could have been candidates. However, Shoup sought someone whose acclaimed winemaking methods could be easily adapted to crafting Washington state Cabernet Sauvignon. Naturally, and for a variety of other reasons, Shoup approached Dunn.

“My thought regarding his style is that he’s in the coldest area of Napa, which pretty much creates his style,” Shoup said. “He gets smaller grapes, and they ripen later to create that very intense fruit and ageability. And because he doesn’t want high alcohol, he’s not going to hang them longer than is necessary.

“But the big thing — and I’ll reverse the question — if you think of somebody who lives in Napa and would be called ‘Mr. Cabernet,’ who would it be?” Shoup asked. “I can’t think of anybody else. Randy’s an extremely intelligent man, and he’s not at all into the marketing or the cult status — it’s just not him.”

Dunn graduated from the University of California-Davis in 1975, was hired almost immediately by Caymus and poured the foundation for greatness. The Caymus 1984 Special Selection would be named Wine Spectator magazine’s Wine of the Year in 1989. (Five years later, Caymus produced the world’s No. 1 wine, too.)

During his time at Caymus, Dunn planted his eponymous vineyard on Howell Mountain. In 1981, he released his 1979 Cabernet Sauvignon, the debut vintage from Dunn Vineyards. He left Caymus in 1985, but he’s taken the same approach with that same variety, even though his son handles much of the production, which has been all estate fruit since 2009.

“At my place, we’re making the wines just like we did at Caymus,” Dunn said.

And Dunn might be the country’s most outspoken critic of high-alcohol wines, which makes him a lightning rod.

“In the old days, if the fruit was coming in overripe, you’d add water,” Dunn said. “That’s the way we controlled the alcohol. It was kind of the kiss of death to go over 14 percent because of tax reasons. It just wasn’t done.”

Thirty years later, he’s producing 5,000 cases of wine — all of it Cab. They are created with some restraint, little manipulation and without having gone over the $100 a bottle by much.

“I’ve had people for 20 years telling me that I should sell wine for $150 a bottle,” Dunn said. “You know, who’s the bigger fool — the people for paying it or me for not charging it?” he said with a laugh.

And yet his style is designed for the dining table and the cellar.

“It’s probably easier to describe what my wine is not,” Dunn said. “It’s not the new Cabernet that’s 15.5 to 16 percent alcohol. The average alcohol in premium California, Napa Valley Cabernet is over 15.5. The labels don’t say that because as we all know, there’s a big leeway in that. When you get above 14 percent, your (legal) leeway is plus or minus 1 percent. So you can bet that a wine that’s labeled 14.2 is going to be 15.1 or 15.2 in a heartbeat.

“I hate those wines,” he said flatly, before beginning to chuckle. “One, they are not fun to drink. I don’t mind alcohol. I love to drink tequila, but I think that wine is a beverage that should go with food.

“With these new wines, in my mind, they don’t go good with food,” he continued. “They are cocktail wines. They are sipping and spitting wines. They are wines to show who can make the biggest, baddest, meanest thing out there.”

He also desires some herbaceousness and doesn’t give a damn about appealing to critics.

“We don’t sort the fruit,” Dunn said. “These days, people put their grapes on a sorting conveyor, and they’ve got 20 people lined up to pick all the stuff out. And then they destem the fruit, and then the individual berries go on another sorting table where they’ve got another 20 people to sort every little bit of green out of there.

“I think the stems add a complexity to the wine that is good, “ Dunn continued. “The reason that people are doing this over-sorting is to make these soft, luscious wines. I don’t buy into that style at all.”

The issue of sorting Cabernet Sauvignon for Feather becomes a bit sticky at Long Shadows if Dunn is standing by.

“Randy, when he comes here and we’re sorting — pulling out all the things (other than grape) — he’ll actually go in and put some things we’ve pulled out back on the line,” Shoup said with a smile. “He’s very much that way.”

And every bottle of Feather checks in at 14.2 percent alcohol, a concession among Dunn, Shoup and Long Shadows’ marketing team.

“That’s by design,” Dunn said. “I have been asked to make it a little higher because we joke that if you go up 0.2 percent maybe that’s worth two points with the reviewers — and I know it is.”

His 2011 Feather, the current vintage, received 94 points from Wine Advocate, the publication founded by Robert Parker. That score never has been higher, but it has been matched in three of the past four vintages.

“I’m positive that alcohol gets scores, and that’s why the industry is where it is now, but I refuse,” Dunn said. “I just won’t do it, and everybody knows I won’t. It doesn’t bother me.”

Judging by his stature and personality, Dunn is a tenacious foe among his Howell Mountain clay tennis court group, although two hip replacements two years ago and a battle with plantar fasciitis have him riding a mountain bike more and chasing the ball less.

“It’s way better exercise than tennis,” he said. “It’s really aerobic and you really get panting, and it doesn’t hurt my hips. I’m in better shape now than I’ve ever been.”

Neither Dunn nor Shoup seem at all inclined to look for a new partner when it comes to making King Cab in the Columbia Valley.

“There are other equally famous winemakers, but they are not famous specifically for Cabernet, and I wanted to make a specific Cabernet,” Shoup said. “For me, there’s nobody in Bordeaux or nobody anywhere other than Randy.

“Now, he’s lost some of that (fame) by his alcohol stance,” Shoup added, “but he’s still Mr. Cabernet. And he’s a wonderful guy, and he’s easy to work with.”

This inaugural bottling of Cab in the hands of Randy Dunn was reminiscent of a similar vintage of Woodward Canyon Artist Series Cabernet Sauvignon. Perhaps that was a fingerprint of Gilles Nicault, who worked for Rick Small until moving a few miles to the east for the Long Shadows position. The nose created hints of black cherry pie with brown crust and dusty black currant, yet there’s no a sign of bottle bouquet. Black currant and cherry flavors came together in harmonious fashion with juicy acidity, refined tannins and Aussie-style black licorice in the finish. The Horse Heaven Hills provided 54 percent of the fruit, and this was the only time Red Mountain fruit (43%) made up such a large portion of Dunn’s program. His use of Vicard barrels from France continues today, and he uses that same cooper at his eponymous Howell Mountain winery. (437 cases produced)

One of the state’s best vintages of that decade, this bottling showed remarkable perfume with nutmeg, bergamot, galbanum and rose petal leading into Montmorency cherry, red currant and a whiff of bottle bouquet. The drink took on high-toned red fruit of red currant and raspberry, showing more acidity and more tannin, which made for a more food-friendly wine. Randy Dunn favored this bottling over the rest, and the lineup of vineyards included Stillwater Creek (38%) and Horse Heaven Hills (30%) sites Alder Ridge, Champoux and Wallula — now known as The Benches. (1,321 cases produced) 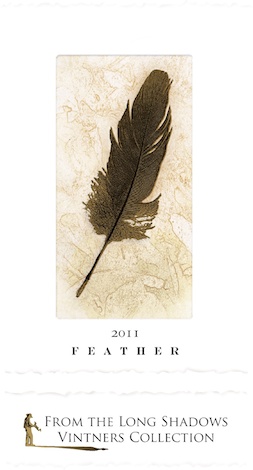 Those who enjoy opulent Cabs from the Napa Valley should look elsewhere. It brought aromas that hint at red currant, Red Vines licorice and minerality with cedar and white button mushroom earthiness. The flavors line up as well, with high-toned red fruit and a lower oak profile showing. Lingering acidity allows for a finish of red currant, pink peppercorns and white truffle. Sagemoor Farms’ Dionysus and Weinbau vineyards led the way, backed up by The Benches and some Red Mountain fruit. (1,991 cases produced)

Despite a frosty end to the vintage, this Cab unveils a density of black fruit in the aroma, along with showy oak and anise. The tannins structure created a grip that’s firm, high and fine-grained, backed by pleasing acidity that allows for plum and blueberry flavors. Dunn reached into Weinbau and StoneTree on the Wahluke Slope (40%), Dionysus (20%) and Pepper Bridge (10%) in the Walla Walla Valley. (1,697 cases produced)

After nearly a decade, Dunn may have settled on his core four vineyards for Feather — Weinbau (35%), StoneTree (27%), Dionysus (30%) and venerable Sagemoor. As expected, the latest release was a bit tight at first, but more air allowed for aromas of brown sugar, violet, lavender and lilac. There’s more fruit on the palate, leading with black currant and blackberry, followed by cardamom, white truffle, bright acidity and fine-grained tannins. It’s built for food and also built to age. (1,919 cases produced)