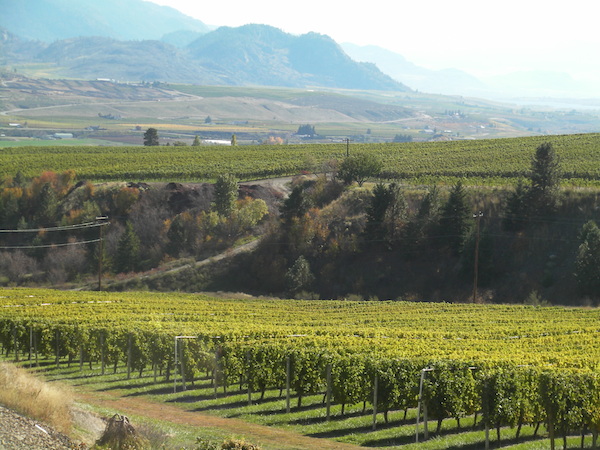 Renowned climatologist Greg Jones, one of the wine industry’s global experts and a professor at Southern Oregon University in Ashland, notes the forecast for this week calls for a significant weather system to hit the West Coast on Friday. The remnants of Typhoon Vongfong, which made landfall in Japan today, could make it messy for those picking late-ripening grape varieties, but it should also provide a bit of relief for drought-stricken regions of Southern Oregon and Northern California.

“Temperatures should cool noticeably from the conditions of the past couple of weeks,” Jones noted in his latest weather update. “Unsettled conditions Wednesday and Thursday will give way to the next system on Friday, which appears to have a good chance of pulling in quite a bit of moisture from Typhoon Vongfong. Models diverge somewhat with this system but tend to indicate the system moving into Northern California and Southern Oregon from Friday through Sunday. This system has the potential for some significant rains, but it is still too early to better define amounts up and down the coast at this point.”

It’s been a remarkable week along the West Coast, with temperatures 6-9 degrees warmer than average in Washington, Oregon and California, Jones wrote. While this weekend should be pleasant throughout most of the region, areas west of the Cascades are expected to receive as much as an inch of precipitation starting Monday.

“The take home is that the warm and dry period that has led to great harvest conditions is likely coming to an end over the short term, however, the long term is still pointing to a relatively dry and warm first half of winter,” Jones noted.

Gerrit Hoogenboom, professor of agrometeorology at Washington State University and director of the school’s AgWeatherNet, pointed out that normal conditions for the Columbia Valley in the middle of October hover around 65 for the high with lows near 40. The first part of this week are projected to be about 5 degrees warmer with slightly above-average precipitation.

“We all knew that the summer-like weather and record-setting 90-degree temperatures would have to end sometime,” Hoogenboom wrote. 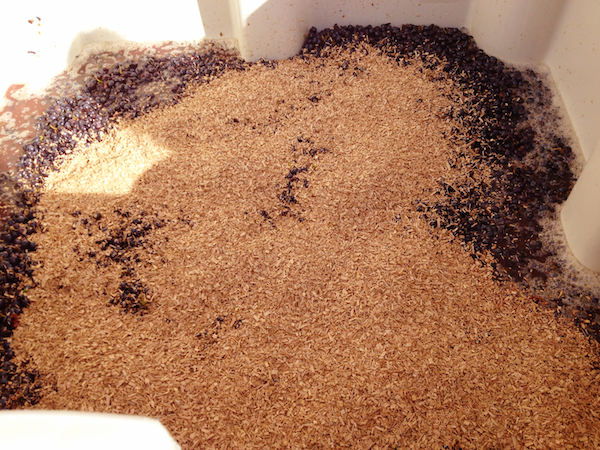 Malbec harvested from the Horse Heaven Hills receives a dusting of oak shavings before heading into a fermenting tank. (Photo by Eric Degerman/Great Northwest Wine)

This week, however, the pace of accumulation should slow dramatically.

“Appreciable rainfall, strong winds and even high mountain snow are potentially in the cards for the coming seven days, as active and changeable weather makes an October comeback,” Hoogenboom wrote Friday.

If models from the Climate Prediction Center hold true, the West Coast should begin to experience some easing of drought as autumn moves into winter, Jones said.

“However, the consensus at this time is for this El Niño to likely remain weak,” he wrote. “This would tend to point to very little tropical influence on our winter conditions, which, if historical conditions are accurate, tends to leave California normal to drier than average and the PNW average to slightly wetter than average.