Inside the Great Northwest Invite 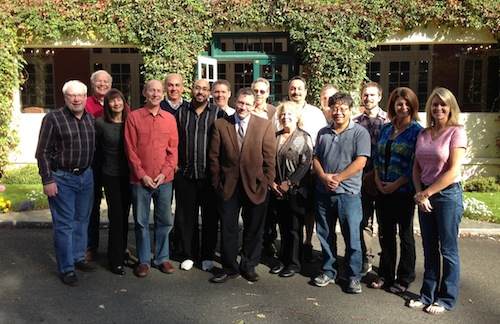 The competition is unique in North America in that it is the only judging in which the judges nominate the wines they want to have tasted.

In all, 424 wines were entered in the competition, and more than 20 percent were awarded gold medals. That’s a higher-than-usual amount, as many competitions tend to give 12 percent. However, considering the wines with a reputation for quality were selected by the judges, the fact they were scored higher is of little surprise.

All of the wines were judged blind, meaning the judges knew neither the winery nor the price. They did know the variety or style. Judging blind takes away one level of bias in the competition.

In this week’s Great Northwest Winecast, Eric Degerman and Andy Perdue talk about the competition and some of the themes from the results. 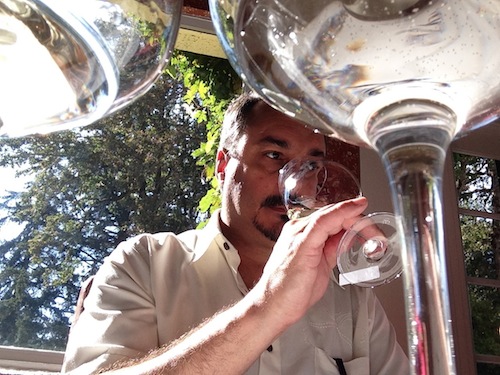 The top wine in the Great Northwest Invitational Wine Competition was Wild Goose Vineyards‘ 2012 God’s Mountain Vineyard Riesling from British Columbia’s Okanagan Valley. This came as no surprise to us as Wild Goose has been crafting some of the Pacific Northwest’s best wines for years. The winery operated by brothers Hagen and Roland Kruger is a past Pacific Northwest Winery of the Year with Wine Press Northwest magazine.

This is the final vintage for this particular vineyard-designated Riesling for Wild Goose, as the viticultural practices changed and the Krugers are now choosing to focus on their own Stoney Slope Vineyard, which was planted 30 years ago.

In addition, Wild Goose’s Gewürztraminer also won a gold medal – again, little surprise because of the stunning acidity available in the Okanagan Valley.

While many of the judges chose to nominate many wines from boutique producers, the Northwest’s largest wine company won a jaw-dropping 12 gold medals.

Of particular interest is Seven Falls, a new label for the company that focuses on grapes from the warm Wahluke Slope. Last year, the Seven Falls 2010 Cabernet Sauvignon won best of show. This year, the 2012 vintage of that wine won another gold medal. 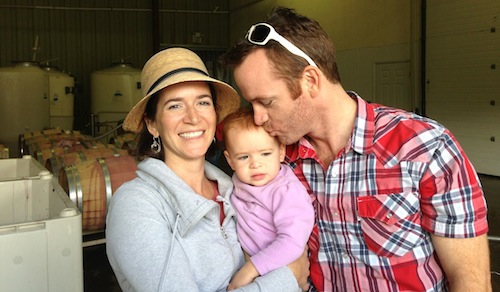 Not surprisingly, Cinder Wines won best of class for its Syrah, along with gold medals for its Tempranillo and Dry Viognier. Owner/winemaker Melanie Krause learned her craft at Chateau Ste. Michelle before returning home to Boise to launch Cinder. Today, she is recognized as one of the Gem State’s top winemakers.

Farther north, Coco Umiker is the winemaker and co-owner of Clearwater Canyon Cellars in Lewiston, Idaho. She also earned three gold medals. One was for her Carménère using grapes from Washington’s Horse Heaven Hills. Her Renaissance Red is a blend of Idaho and Washington grapes, and her Merlot is from estate grapes in the soon-to-be-approved Lewis-Clark Valley American Viticultural Area.

Together, these two winemakers are providing a look at the future and promise of Idaho wine country.

Leading the way was Colene Clemens Vineyards, a young winery in the north Willamette Valley town of Newberg. Frankly, we knew little of the winery before the wines arrived. They were nominated by Yashar Shayan of ImpulseWine.com in Seattle.

Winning four gold medals for all four wines entered is a stunning achievement for any winery, much less a small, boutique producer.

In addition, Hyland Estates won gold medals for both of its Pinot Noirs. The brand is owned by Laurent Montalieu, a Frenchman who has been crafting wine in Oregon for more than two decades. He now owns NW Wine Co. and is the custom winemaker for a number of Oregon producers.

Throughout the competition, it’s fun to see the wines that came back with gold medals. And it’s interesting to see trends with winners of multiple golds. A few of these were:

This is a fun competition to run because of the nature of the wines and how they were selected. The judges enjoy it, partly because of the setting at one of the grand old hotels in the Pacific Northwest.

They also loved the concept of the nomination process, and many of them were talking to each other about swapping lists.

One of the goals of the Great Northwest Invitational Wine Competition is to place wines in front of professionals who sell (or influence the sale) of cases of wine, rather than bottles. And the judges don’t simply look at the gold medal winners. After the competition, we allow them into the back room to browse through the bottles they just finished judging. This gives them a chance to look through the wines they liked – even if they won silver or bronze medals.