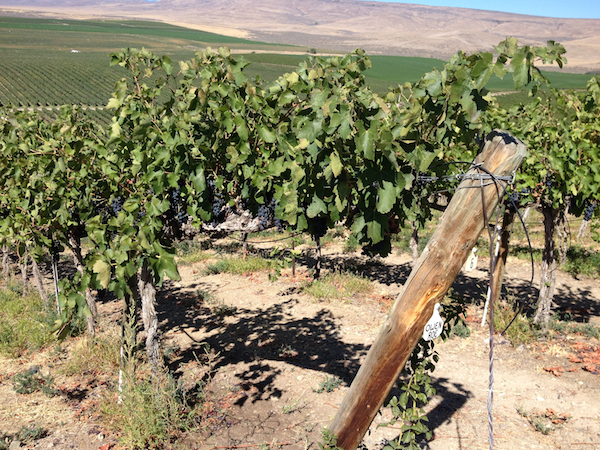 Oregon climatologist Greg Jones shared data that proves what many in the Pacific Northwest wine industry already believed — the 2014 vintage was the warmest in its history.

“Much of Washington, Oregon and California has just experienced its warmest April-through-September period on record,” Jones wrote in his annual end of the season summary and winter forecast, which he released Sunday.

The Southern Oregon University professor cites the growing degree-day totals at four of his wine country weather stations throughout the state as evidence. The time frame begins April 1 and concludes Nov. 1. 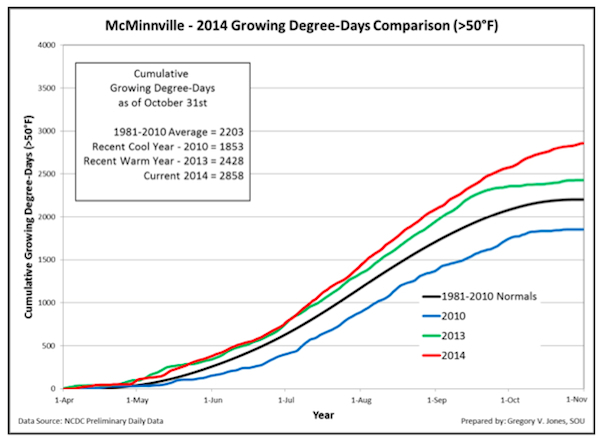 His chart for Pinot Noir country in the Willamette Valley showed McMinnville finished with 2,858 GDD, which easily surpassed the 2,428 from the 2013 vintage that was slowed only by the rainy remnants of a September typhoon that crossed the Pacific Ocean. 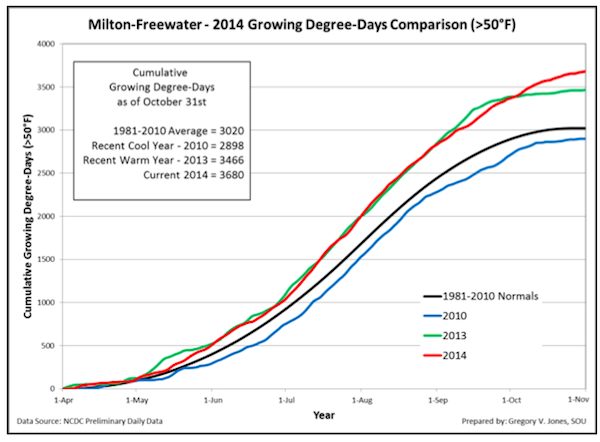 His data for the Walla Walla Valley also showed a record of 3,680 GDD for 2014, which eclipsed that of the prior vintage by more than 200 GDD. Medford led the way with 3,896 GDD, a whopping 520 units more than last year’s warm vintage.

In Washington state, the data also shows records being set.

“As the growing season closes into a beautiful fall and we approach winter, the summary for the year so far is one of warm and dry over the western US,” Jones wrote. 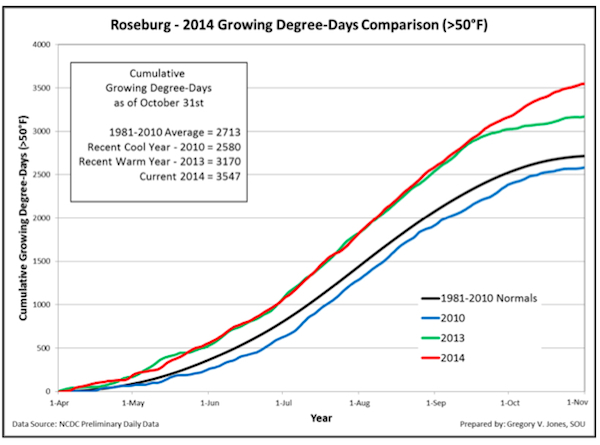 October temperatures in Oregon continued above normal with McMinnville, Milton-Freewater, Roseburg and Medford ranging from 4.3 to 7.1°F warmer than average. Those warmer-than-normal conditions are allowing for a later-than-expected harvest of other crops. In the Rogue Valley, for example, tomatoes continue to hang on the vine. The Medford Mail Tribune reported that forecasters don’t see a damaging frost until next week, which would make it the latest on record for that region. 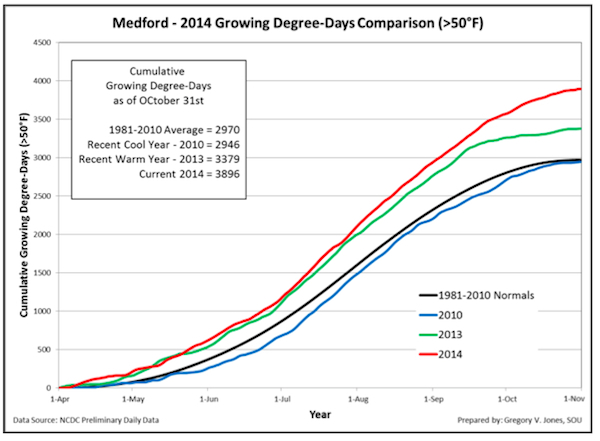 October also finished as wetter than average for the Pacific Northwest, with some areas as much as 300 percent of normal. The Rogue Valley already is running 3 inches of precipitation higher than normal for the rainfall year, which begins Sept. 1.

“The rainfall in the Pacific Northwest was more than all long-lead forecasts projected, but came mostly in the second half of the month and has helped recharged the soils and started to fill up rivers across the region,” Jones wrote. “However, the majority of California did not see much rain in October and is still running significantly below normal.”

The report also serves as another example of global climate change — not necessarily global warming — as portions of the East Coast, the Great Lakes and most of Florida saw temperatures continue below normal in October.

​“As we head into winter, forecasts from earlier this fall appear to be holding with generally warmer and drier conditions over most of the western U.S. The current 6-10 and 8-14 day outlooks from the Climate Prediction Center both point to a greater than 80% chance that temperatures in the western half of the U.S. will be warmer than normal,” Jones predicted. “Although there is some rain forecast during the next couple of weeks, the overall outlook is for a greater likelihood of dry conditions over most of the west. The 30-day outlook through the month of November is not much different, with a greater likelihood of warmer conditions along most of the West Coast but an equal chance of being slightly above to slightly below our normal November rainfall totals.” 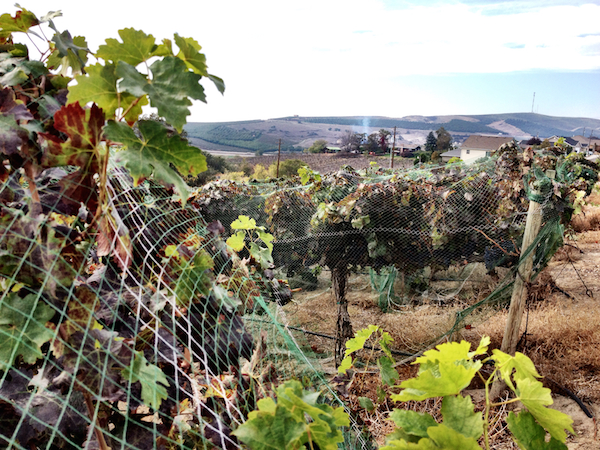 The forecast for the second half of autumn doesn’t necessarily bode well for skiers, but there should be a decent amount of precipitation to begin charging reservoirs for the 2015 vintage.

“The longer term forecast extended out to 90 days (November-December-Janunary) from the Climate Prediction Center forecast continues the 30 day pattern — likely warm and equal chances of slightly above to slightly below precipitation,” Jones wrote. “Furthermore, most forecasting agencies are still holding on a minor El Niño developing in the tropical Pacific, which would not likely push the Western U.S. climate to extremes on either end.”