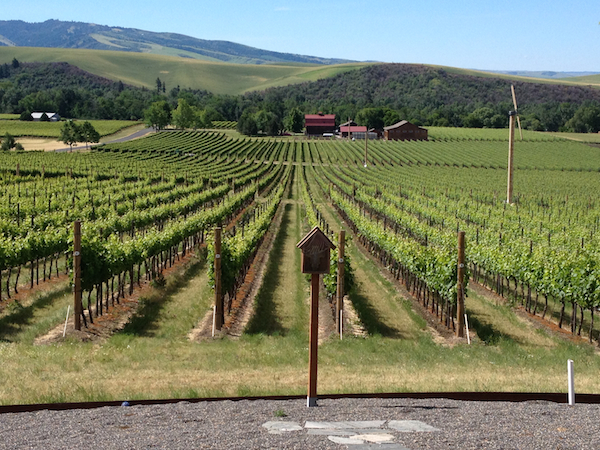 The Chan family’s Yellow Bird Vineyard, with the iconic red barn of Walla Walla Vintners in the background, is part of the Mill Creek region in the Walla Walla Valley. (Photo by Eric Degerman/Great Northwest Wine)

Friday marks the start of the annual Walla Walla Wine Fall Release Weekend, a three-day event celebrated by most of the 130 wineries in the region. Next month, the Holiday Barrel Tasting runs Dec. 5-7, and the Barrel Full of Money campaign for the Blue Mountain Action Council’s Walla Walla Food Bank will wrap up Dec. 15.

“The Barrel Full of Money fundraiser is a great example how this community pulls together to assist those in need,” Duane Wollmuth, executive director of the Walla Walla Valley Wine Alliance, said in a news release.

Donation canisters will be placed at wineries and other locations throughout the Walla Walla Valley through Dec. 15. Two full-sized wine barrels – used as donation vessels – will be at Olive Marketplace & Café and at another location. Olive also play host to a silent auction, featuring special wines and experiences.

The BMAC Food Bank distributes an estimated 250 tons of food through pantries in Walla Walla County.

“As everyone knows, the cost of basic essentials, such as food, has risen significantly in recent years,” said Kathy Covey, CEO of the Blue Mountain Action Council. “Donations from this fundraiser will be used strictly to purchase bulk food items and perishables.”

For the Barrel Full of Money raffle, Alaska Airlines donated two roundtrip airline tickets to anywhere the carrier flies. The tickets — valued at $2,5000 — will be given away as the grand prize in a raffle, with the second prize being a one-night stay at the Marcus Whitman Hotel and dinner for two at The Marc Restaurant.

The raffle drawing will be staged Dec. 18. Raffle tickets ($10) are available for at Olive Marketplace & Café and by calling the Walla Walla Valley Wine Alliance at 509-526-3117 through Dec. 17.

The Blue Mountain Action Council is a community action partnership agency providing services to help people meet their basic needs. The BMAC food bank is the regional distribution center for the five local food pantries in Walla Walla County as well as the pantries in Columbia, Asotin and Garfield Counties.

Most of region’s 130 wineries open for Fall Release Weekend 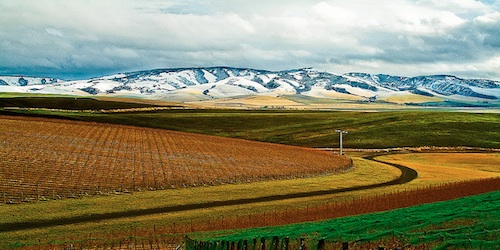 Wine lovers will head to the Walla Walla Valley this weekend for the annual Fall Release Weekend event. (Photo via Flickr/click for credit)

Fall Release Weekend provides wine lovers with an additional reason to cross the state, and the Walla Walla Valley celebrates with tastings of newly released wines as well as winemaker dinners, live music, art and fesitvals.

It’s been a memorable year for the Walla Walla Valley. In March, it observed the 30th anniversary of the establishment of the area as an American Viticultural Area during an evening that gathered some of the region’s legendary figures for a historical look back.

In June, first it was the second annual Celebrate Walla Walla festival, which spotlighted some of the world’s premier producers of Syrah. A week later, Marty Clubb of L’Ecole No. 41 received one of the Decanter World Wine Awards when his 2011 Ferguson Red Wine won the top award for Bordeaux varieties over £15.

Last month, the valley mourned the passing of one of its most beloved vintners, Eric Dunham of Dunham Cellars. The memorial service was conducted Nov. 1.