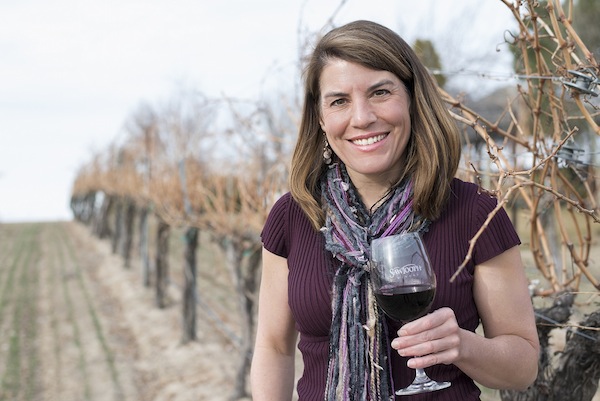 NAMPA, Idaho – Meredith Smith never set out to be a winemaker. Even as she worked her way through a career in real estate development, making wine never crossed her mind.

But in 2006, she realized she wanted something more from life.

Today, Smith is one of the Gem State’s fast-rising stars as she heads up the 10,000-case production at Sawtooth Winery near this community in the Snake River Valley.

During harvest, we caught up with Smith in the vineyards of southern Idaho. Here’s the podcast:

Those mountains in the distance? Not the Sawtooths. (Photo by Andy Perdue/Great Northwest Wine)

Smith grew up in Idaho, arriving when her family moved here when she was 7.

When she chose a career, it included real estate development and accounting, but when she had her epiphany in 2006, she turned to Washington State University’s viticulture and enology program for knowledge and education. She graduated with a viticulture certificate in 2008. 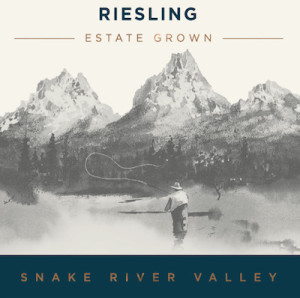 Sawtooth Winery is one of the largest and oldest producers in Idaho. It began as Pintler Cellars in 1987, started by Brad Pintler and his father. About a decade later, it was purchased by Corus Brands, a wine company based in Seattle that at the time owned Columbia Winery in Woodinville and Ste. Chapelle in nearby Caldwell, Idaho. It quickly changed the name to Sawtooth Winery, a more popular moniker to attract a regional following.

Ironically, the mountain range that is visible from the tasting room and estate vineyard is the Owyhee range.

“You can’t see the Sawtooths from here,” Smith said with a laugh. “They’re one of the most beautiful sites in Idaho.”

But they’re near Stanley, about a three-hour drive from Nampa.

When Corus sold most of its holdings to Constellation Brands in 2001, it held onto one winery: Sawtooth.

Today, Corus has morphed into Precept Wine in Seattle – and it owns Ste. Chapelle again.

Bill Murray left the Napa Valley and arrived at Sawtooth in January 2009 as head winemaker. That fall, Smith approached him with winemaking certificate in hand and asked him for a job.

Moving up at Sawtooth Winery 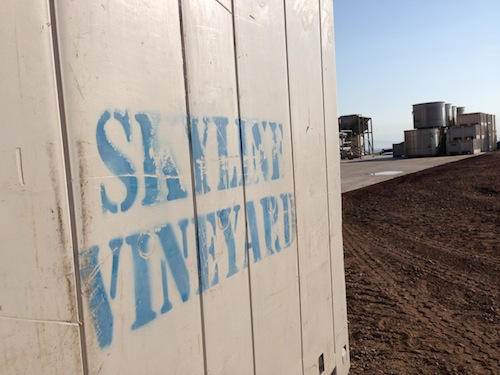 After the 2009 harvest, Sawtooth Winery’s assistant moved on, so Smith slid into that position. And though she was new to the winemaking game, she caught on quickly and Murray discovered she had a real talent.

For the next four years, she worked as assistant winemaker and then associate winemaker, all the time being mentored by Murray, who had more than 20 years of winemaking experience in California.

This year, Smith was named head winemaker at Sawtooth, a dramatic rise for someone who has been making wine for a half-decade.

Today, Smith also keeps track of the viticultural side of the business, collaborating with vineyard manager Dale Jeffers on the estate Sawtooth Vineyard as well as the nearby Skyline Vineyard. Together at about 500 acres, the two make up about half of all the vines in Idaho. And with 19 grape varieties being grown in the two vineyards, she is in the breadbasket of the Snake River Valley viticultural scene.

“I get to play with a lot of grapes,” she said. “One thing that is impressive to me is the number of varietals that have performed well consistently year after year. That says a lot for Idaho and Idaho’s future.”

Mining for gold at Sawtooth Winery 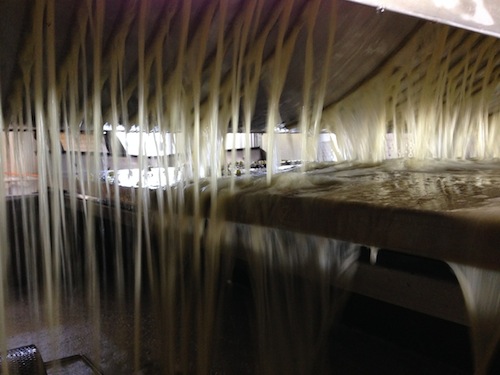 At this fall’s Idaho Wine Competition (conducted by Great Northwest Wine), Smith’s wines earned a remarkable five gold medals, including double gold for her Tempranillo and best pink wine for her Rosé of Cinsault. She also won gold for her Gewürztraminer, Pinot Gris and Petite Sirah.

That her Tempranillo earned a unanimous double gold is significant to Smith, who thinks Spanish grapes (including Grenache/Garnacha) could have a future in the arid, high-elevation vineyards of the Snake River Valley.

“It’s new to Idaho,” she said. “That’s exciting because a lot of winemakers like Tempranillo.”

The early ripening grape often is harvested soon after Chardonnay, she said. She uses two clones, then blends them together.

“It’s 100 percent Tempranillo, and it’s a true expression of Idaho Tempranillo,” she said. “I think it would be a good idea for us to pay attention to those varietals because they’re performing well.”

She also enjoys working with Pinot Gris, Chardonnay and Gewürztraminer. But perhaps her favorite grape is Pinot Noir, a red grape rarely found in the Snake River Valley.

As she looked over the vineyards surrounding the winery, she wistfully said, “I don’t think this is the right spot …”