Leading Idaho wine out of the wilderness 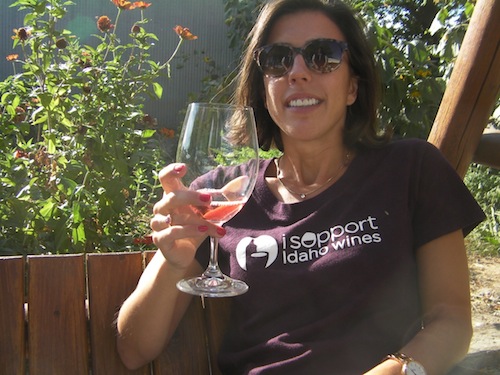 Moya Dolsby, executive director of the Idaho Wine Commission, got her start with the Washington State Wine Commission in Seattle. (Photo by Andy Perdue/Great Northwest Wine)

BOISE, Idaho – Considering she grew up near Seattle and spent her early career with the Washington State Wine Commission, Moya Dolsby has found Idaho to be a comfortable fit.

Dolsby, executive director of the Idaho Wine Commission, has been on the job for more than six years – longer than she was with the Washington State Wine Commission.

During her tenure, she has helped change attitudes about the burgeoning industry and has overseen growth that is starting to look a lot like the Washington wine industry did about 20 years ago.

We recently sat down with Dolsby to talk about Idaho wine, and she is the star in this week’s Great Northwest Winecast. Here’s the interview:

From Washington to Idaho 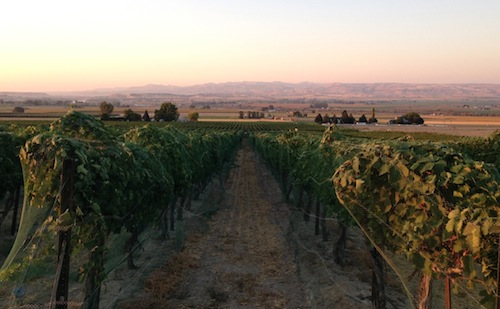 Sun rises over Williamson Vineyard on the Sunny Slope Wine District, which is in the heart of Idaho Wine country. (Photo by Andy Perdue/Great Northwest Wine)

Dolsby grew up in the Woodinville area, a community across Lake Washington from Seattle that now is famous for being home to more than 100 wineries and tasting rooms. After graduating from the University of Washington, Dolsby was hired by the Washington State Wine Commission, where she worked with the likes of Steve Burns, Jamie Peha and Stacie Jacob – all of whom have moved on to start their own businesses throughout the West Coast and are thriving.

Dolsby was still in her 20s when the Idaho wine industry came calling, and her youthful enthusiasm and experience with nearly five years in the Washington State Wine Commission gave her a vision of what needed to be done.

But Idaho is not Washington, even though the two wine regions share similarities in agricultural styles. While Washington’s wine industry began soon after Prohibition was repealed in 1933, Idaho’s first modern winery – Ste. Chapelle in Caldwell – opened in 1976.

In part, this was because Idahoans tend to be more politically and socially conservative than residents of Western Washington, and the Mormons who dominate much of Idaho do not drink alcohol.

Just as those early efforts were beginning to show progress, the Idaho wine industry had its Sideways moment.

In the 1979 film The Muppet Movie, actor Steve Martin had a cameo role in which he appeared as an insolent waiter who served Kermit and Miss Piggy a sparkling Muscatel – “one of the finest wines of Idaho,” Martin called it. It was in a beer-style crown cap, and Martin nearly choked when he tasted it.

The two-and-a-half-minute bit put a big dent in Idaho’s wine efforts – something the industry still must live down.

But the Idaho wine’s biggest obstacle has proven to be another agricultural product: Idaho potatoes. For decades, the state has proudly proclaimed itself the spud center of the world and even has put “Famous Potatoes” on license plates.

While Dolsby and her staff are weary of the oft-repeated joke, “Do you make potato wine here?” they also have created a video that plays up the joke – and to great acclaim. The video, called “Idaho … More than Just Wine,” was added to YouTube earlier this year. Dolsby said she’s heard from many of the state’s agricultural industries – including the potato commission – who thought it was hilarious. 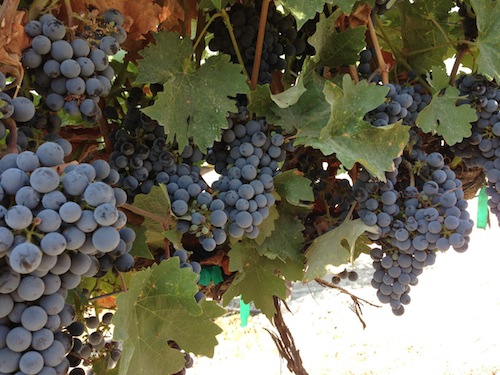 Because it is such a young industry, Idaho does not really have a signature grape. For the past 30-plus years, Riesling and Chardonnay have dominated because that’s what Ste. Chapelle has made. 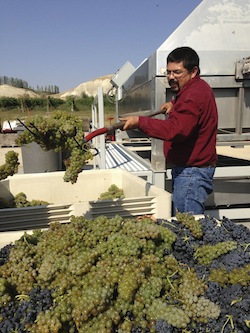 But today, the Snake River Valley is in an exploratory phase – one that started more than 15 years ago. In addition to Riesling and Chardonnay, such grape varieties as Syrah, Malbec, Tempranillo, Grenache, Viognier, Pinot Gris and Petite Sirah are grown. Rhône varieties seem to be shaking out as a favorite, though Spanish varieties also are showing well.

“What are we going to be known for?” Dolsby asked. “I honestly can’t tell you. We do so many things well.”

Idaho would seem to have a natural advantage over many other regions because its primary vineyards in the Snake River Valley are above 2,500 feet in elevation – more than twice as high as those in Washington, Oregon and California. This provides a greater difference between daytime and nighttime temperatures during key ripening periods, which means Idaho grapes retain more all-important natural acidity. And this means they have the opportunity for better balance.

What Idaho needs, Dolsby said, is more grapes. Winemakers throughout the Snake River Valley agree that the 1,200 acres planted simply cannot slake the 51 wineries’ thirst for fruit because the industry is growing that quickly.

“In the next five to 10 years, we will see several big-time growers,” she said. “It’s just a matter of time. It will happen.” 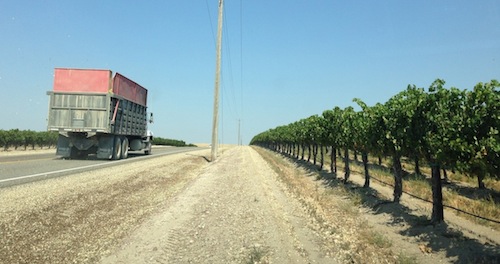 A truck passes through Skyline Vineyard near Nampa, Idaho. At more than 400 acres, Skyline is the largest vineyard in Idaho wine country. (Photo by Andy Perdue/Great Northwest Wine)

In 2007, Idaho took a huge leap forward when the federal government approved the Snake River Valley American Viticultural Area, a 3,000-square-mile swath of land in southwestern Idaho and southeastern Oregon.

Dolsby called 2007 “a seminal moment, a turning point” because it gave Idaho’s fledgling wine industry a big heap of credibility. Now it is working on its next two AVAs.

The Lewis-Clark Valley will be another bi-state AVA that surrounds the cities of Lewiston, Idaho, and Clarkston, Wash. Already, wineries such as Clearwater Canyon, Colter’s Creek and Lindsay Creek are established there and proving they can craft superb wines from local grapes.

And the proposed Eagle Foothills AVA would be a sub-appellation of the Snake River Valley near the town of Eagle, which is east of Caldwell and northwest of Boise. 3 Horse Ranch, a vineyard and winery, is the primary producer there.

Momentum for the future 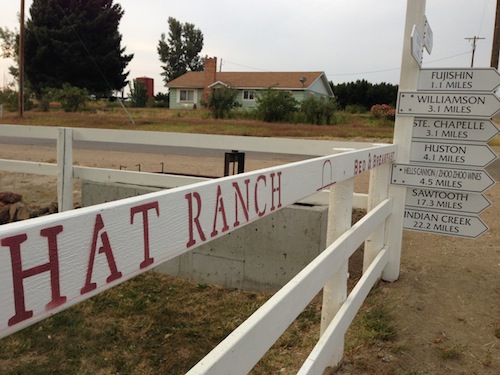 A sign at Hat Ranch Winery in Caldwell directs visitors to nearby wineries. (Photo by Andy Perdue/Great Northwest Wine)

All of this gives Dolsby and her crew a lot of momentum, but so does an influx of talented winemakers.

Just as Washington benefited from California winemakers willing to come north in the 1970s and ’80s, so too is Idaho enjoying a similar migration from Washington and California. Such winemakers as Melanie Krause (Cinder), Leslie Preston (Coiled), Earl and Carrie Sullivan (Telaya) and Meredith Smith (Sawtooth) have provided additional energy to longtime winemakers such as Greg Koenig (Koenig Winery) and Steve Meyer (Pend d’Oreille).

Dolsby points out there is plenty of room for more, thanks in large part to the fact that it’s much less expensive to get started in Idaho, thanks to lower land prices and cost of living.

This means that not only is the wine industry, but so too are microbreweries (45 of them) and distilleries (eight). There are even a couple of artisan cheese producers.

And what about the state’s conservative, religious population? The “Mormon Corridor” dips into the state. And Idaho is the third-most-conservative state in the union (after Wyoming and Mississippi, according to a 2013 Gallup poll).

It’s been a non-issue for Dolsby and the Idaho wine industry, she said.

“Surprisingly, it hasn’t been a problem,” she said. “Alcohol brings in a lot of money. The state sees the dollars and cents.”