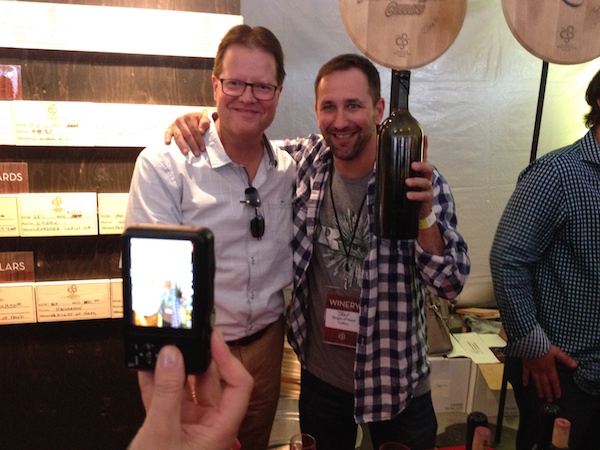 SEATTLE — The Auction of Washington Wines  announced this week the dates for the Ultimate Walla Walla Flyaway as May 15-17, a high-style event to help raise money for Seattle Children’s Hospital and Washington State University’s viticulture and enology program.

Next year will mark the 28th annual Auction of Washington Wines, which has raised more than $30 million for the hospital’s uncompensated care program and WSU’s expanding wine program.

The 2014 Auction of Washington Wines, with the signature Wine Gala on Aug. 16 in Woodinville, generated more than $1.8 million for the two beneficiaries. That makes it the nation’s second-largest wine auction.

Price for the Ultimate Walla Walla Flyaway is $2,500 per twosome. There is room on the tour for 30 couples, and a third of those slots have been sold in the past three months.

On Friday, May 15, the journey begins at Sea-Tac International Airport with a specially created Auction of Washington Wines pre-flight lounge of Washington wines. Then a chartered Horizon flight will leave for Walla Walla, serving gourmet snacks and offering entertainment.

Upon touchdown, motor coaches will whisk the couples to a reception in downtown Walla Walla with wine-country chef Andrae Bopp of Andrae’s Kitchen. Walla Walla Valley wines will be served while checked luggage gets delivered to the hotel rooms.

On Saturday, May 16, vineyard and winery tours will include lunch at Va Piano Vineyards with Olive catering chef Jake Crenshaw. The event will be capped by a barbecue dinner at Waterbrook Winery near Lowden, with wines from Mark McNeilly, Ross Mickel and Jean Francois Pellet. Friends and neighboring wineries will gather at Waterbrook to be a part of the festivities.

On Sunday, May 17, the group moves to the Walla Walla Regional Airport wine district for touring and a catered lunch before getting on a Horizon flight back to Sea-Tac.

The Ultimate Walla Walla Flyaway will be the first of what are now six events affiliated with the Auction of Washington Wines and its executive director Aimee Sheridan. Following the Walla Walla event are the Revelry on Red Mountain (May 23), Picnic & Barrel Auction at Chateau Ste. Michelle (Aug. 13), winemaker dinners at various wineries and restaurants throughout the Puget Sound (Aug. 14), Columbia Winery Run/Walk (Aug. 15) and The Wine Gala at Chateau Ste. Michelle (Aug. 15).

Next year also marks the second half of the two-year terms for co-chairs Marty and Megan Clubb of L’Ecole No. 41 in Lowden and Frank and Charlene Blethen of The Seattle Times.