CARLTON, Ore. — Scott and Martha Wright, founders of Scott Paul Wines in Carlton, announced they have sold their interest in the Oregon winery to partner Cameron Healy. 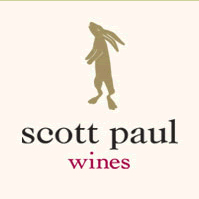 Martha and I founded Scott Paul Wines in 1999, and Cameron joined us on our amazing journey in 2003,” Wright said in a Dec. 5 news release. “As the founder of both Kettle Foods and Kona Brewing Co., Cameron has had a tremendous track record of success and we know the company will be in great hands going forward.”

Wright said he plans to stay on as a consultant for the next year to help in the winemaking and marketing of Scott Paul and Wildstock, a new value oriented Oregon Pinot Noir under the umbrella of Vintisanal Wine Co.

“Scott and Martha and the superb team at Scott Paul Wines have done a tremendous job of establishing a reputation for crafting wines of unique character and integrity,” Healy said. “I look forward to working with the team to carry on this tradition.”

Healy already owned Scott Paul Wines’ lone estate site — Azana Vineyard, a 10-acre parcel he planted in 2008 in the Chehalem Mountains and named for his granddaughter.

Wright, a former pop music DJ on the East Coast, began his transition from the consumer side of the wine industry to trade in earnest in 2001 by succeeding Bill Hatcher as managing director of Domaine Drouhin Oregon. He left in 2004 to focus on Scott Paul Wines, a brand he launched while living in the Napa Valley.

The Wrights will continue to own and operate Scott Paul Selections, the Burgundy and Champagne import company they created in 2006. However, they plan to develop a new name for that business, which sources from more than 20 French houses and involves as much as two months of travel and research in Burgundy.

“With the goal of seeing all parts of the business reach their full potential, we mutually agreed that this was the right stage in our evolution to split the import and domestic wine businesses,” Wright said.

Last spring, the Scott Paul production facility in downtown Carlton suffered an estimated $300,000 in damage during a May 12 two-alarm fire battled by 30 firefighters. Wright told The Oregonian that the fire was sparked by an electrical problem, and that damage was limited to the fermentation room. None of the 2,500 cases of Pinot Noir from the 2013 vintage or barrels was affected.